Why We Freeze Up and Forget How to Communicate 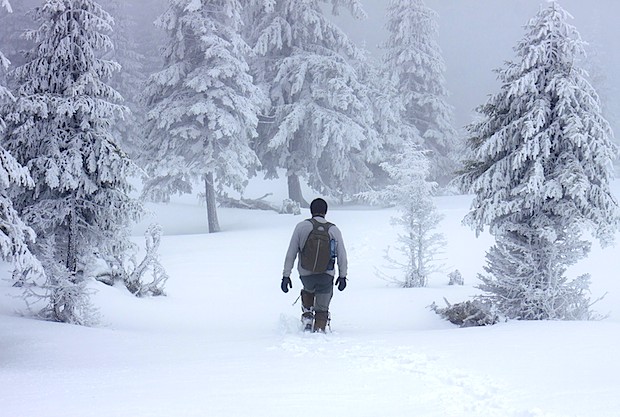 We’ve lost the art of civil discourse. According to an annual “Civility in America” survey, more than 90% of us now consider lack of civility a real problem. More than a third of us admit to being uncivil to others. When we take into account social desirability bias, we know that there are a lot more of us out there who are not engaging in civil discourse. Our inability to enter into genuine conversation is undermining our communities and denying ourselves the opportunity to learn about each other. It’s time for a change. (For more on the civility survey, click here.)

In a 2005 commencement address at Kenyon College in Ohio, the late David Foster Wallace shared a story that captures our inability to communicate with each other. Two guys were sitting in a remote Alaskan bar. One religious; the other an atheist. They’re talking about God. The atheist admits that he’s tried to believe in God, explaining that he recently got lost in a snowstorm and almost froze to death. Out of desperation, he cried out to God: “I’m lost in this blizzard and I’m gonna die if you don’t help me.”

Our default setting is an integral part of our being that pushes us to defend our belief in something.

Upon hearing this, his religious friend is surprised and says, “Well then, you must believe now! After all, here you are, alive.” The atheist rolls his eyes, disappointed by his religious friend’s belief that God saved him. He explains that some good-hearted Eskimos came wandering by and helped him find his way to safety. Now it was the religious man’s turn to be disappointed by his friend’s belief that Eskimos saved him.

The conversation was over.

I believe Wallace’s Alaska story may have something to teach us about how we can turn off our default setting. Both men believed in a power with the ability to save lives. The religious guy interpreted this power as God, and he couldn’t fathom how the atheist failed to understand that God sent the Eskimos. The atheist perceived this power as the goodness of humanity, specifically in the Eskimos who graciously went out of their way to rescue him.

Both men were so set in their ways, they failed to appreciate that at their core, they shared the virtue of belief. Had they allowed themselves to discover this shared virtue, the eye rolling would have been replaced by nods of understanding and agreement.

By learning from the mistake of our Alaskan friends, imagine the conversations we could all have with those with whom we don’t see eye-to-eye. If we take the time to build relationships with people and learn what virtues matter to them, we’re likely to find that we agree more than we disagree. The divisiveness will stop and real conversations will begin.

Once this happens, our default setting will turn off and we’ll no longer seek to shut down those whose views differ from our own. Instead, we’ll allow each other to openly share opinions and, in turn, bring back the art of civil discourse. The “other” will become our friend and teacher and, together, we’ll rediscover the beauty of community.