Why The Terms We Use For The Border Camps Matter 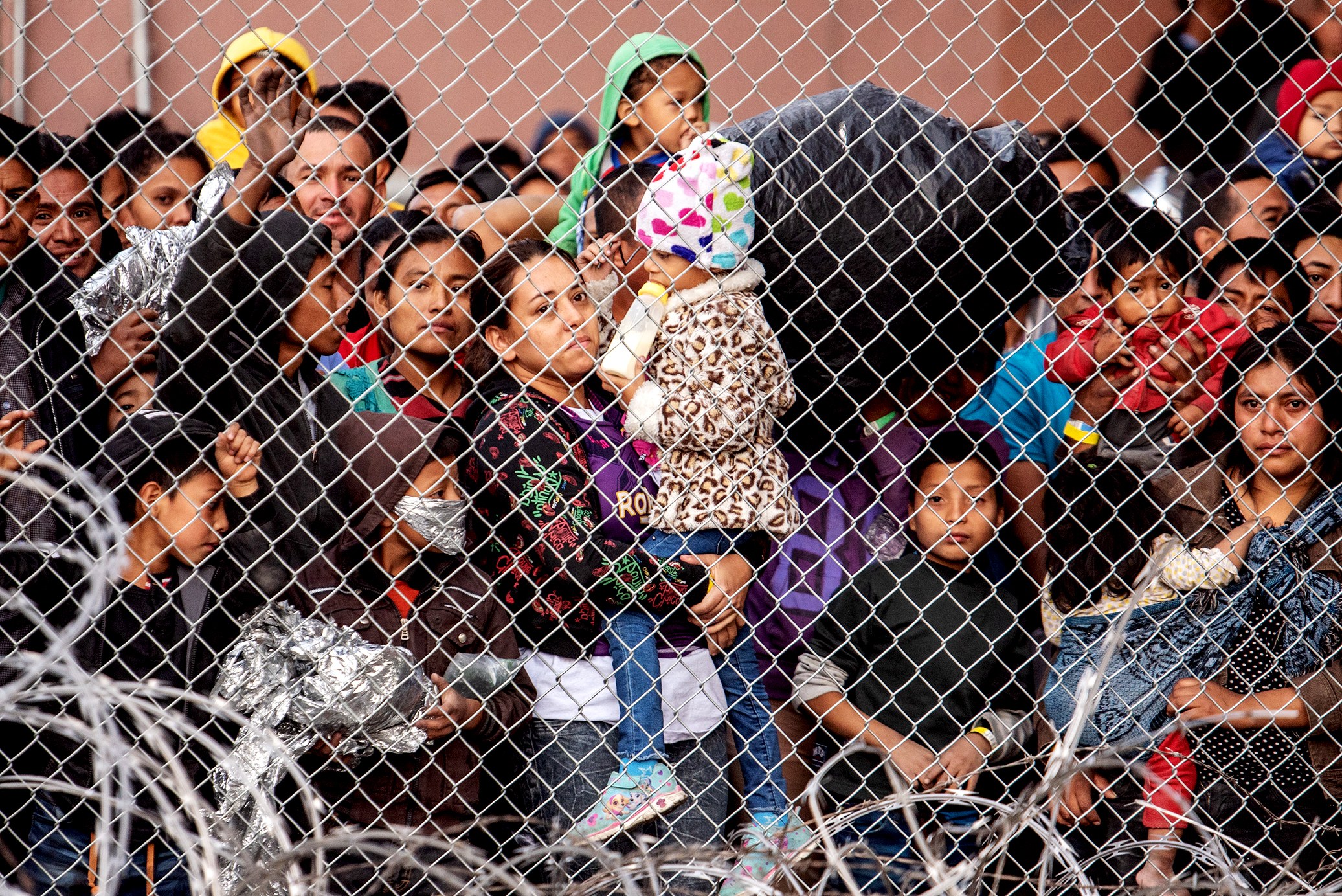 One of the best known and least thought about quotes is George Santayana’s warning “Those who cannot remember the past are condemned to repeat it.” The underlying claim is that only by immersing ourselves in the facts of the past can we learn the lessons that will help us avoid the same fate in the future. This makes Santayana an optimist, which he was.

Our experience with history is a bit different, highlighted by some discussions that have dominated in the past few days. Just knowing the data points and even the analysis of history is not enough to thwart its second coming, and in some cases, even locks us onto the same track.

One high profile example is the comparison of the southern border camps with those that are called “concentration camps.” Before even broaching this subject, we are honor bound to first say that these camps are cruel, inhumane, sites of punitive treatment of kids crying for their families and others overwhelmed by squalid conditions and untreated medical needs. So the label shouldn’t matter, even if the enormity and brutality of history overwhelm the present.

Still, the question of if and how the searing historical experience of the Holocaust plays a role in the response to such cruelty is different and emotional. Are we in the shadow of such history, condemned not to repeat it, but to leave it in its own time? Perhaps we need neither to ignore nor repeat history but relive it in new ways.

This past weekend I was moved by a very different approach to history at our local Atlanta History Center. The occasion was a celebration of Juneteenth, June 19, 1865, on which Texas became the last territory to formally end the enslavement of Africans as chattel. The Center presents a delicate, but an important dance between faithfully portraying the history and resolutely stating truths about that time, that were neither able to be expressed then, nor part of our subsequent retelling. Whether attending to the manipulative history of the famous Cyclorama painting of the Battle of Atlanta, or bringing to life a moment between two people emancipated from their enslavement, or hosting Michael Twitty to cook in a period-accurate kitchen the food that he has mastered through his contemporary ingenuity, or a storyteller rendering tales from Africa and the experience of enslaved Africans and their descendants.

Part of what stood out was the use of language that broke the spell of the white supremacy that has provided the lens, even in repudiating the values and practices of those that brutally kept other human beings in bondage. Not Masters and Slaves, as if playing out a history ordained, but those who enslave and those enslaved, people who freely choose to blunt the freedom of others and degrade them, men women children, noble and peasant alike, into brutally enforced servitude.

This is history in conjunction with justice, truth and reunderstanding at the same time. The use here of memory is to renew the present, not lock it into the past. The Center could not be any more different than the monuments that are defended as “history,” but are themselves anything but.

At stake in how we present this history of enslavement is the very live question about Reparations that would be given in some form to those who descend from these Africans forced to give over their lives and their labor to building the foundation upon which the United States has stood.

Is that the past? Already buried under the weight of history? Or does it still live, part and parcel of not only the Jim Crow era but deeply implicated in present-day America. No matter what policy and political considerations control the future of the issue, the real question is found here.

And this brings us back to the terms we use for the camps at the Southern border. When the phrase “concentration camp” is used, it activates a certain historical memory for Jews (though not all and not exclusively Jews). These words are refugees from history with a harrowing story to tell. And, once more, the question becomes is this a story enclosed in the past or one that teaches the lessons of the moment?

Obviously, these stories, literally those of witnesses, survivors and those murdered, are mainly historical artifacts. However, the Jewish community itself has often been at the forefront of teaching the history of the Nazi Holocaust as living lessons that speak to our own responsibility in the face of bigotry and violence.

An authority like Elie Wiesel identified the Rwandan genocide as his cause, railed against hate crimes against gays and transgender people, and famously said no person is “illegal”. The role played in this conversation by institutions like the Wiesenthal Center, Yad Vashem, and the Museum at Auschwitz have been mainly the maintenance of the integrity of the historical legacy. Many of the people they exist to educate, Jewish and otherwise, have already been raised on the message taught by Wiesel. Both the institutional memory and the renewal of new generations are necessary for this history to live.

George Santayana was perhaps too much of an optimist. We can not ever avoid the need to face the worst parts of human history again. All we can do with our history is bring it to bear, to meet new challenges and open new possibilities.