Why Is The Dark Side So Delicious? 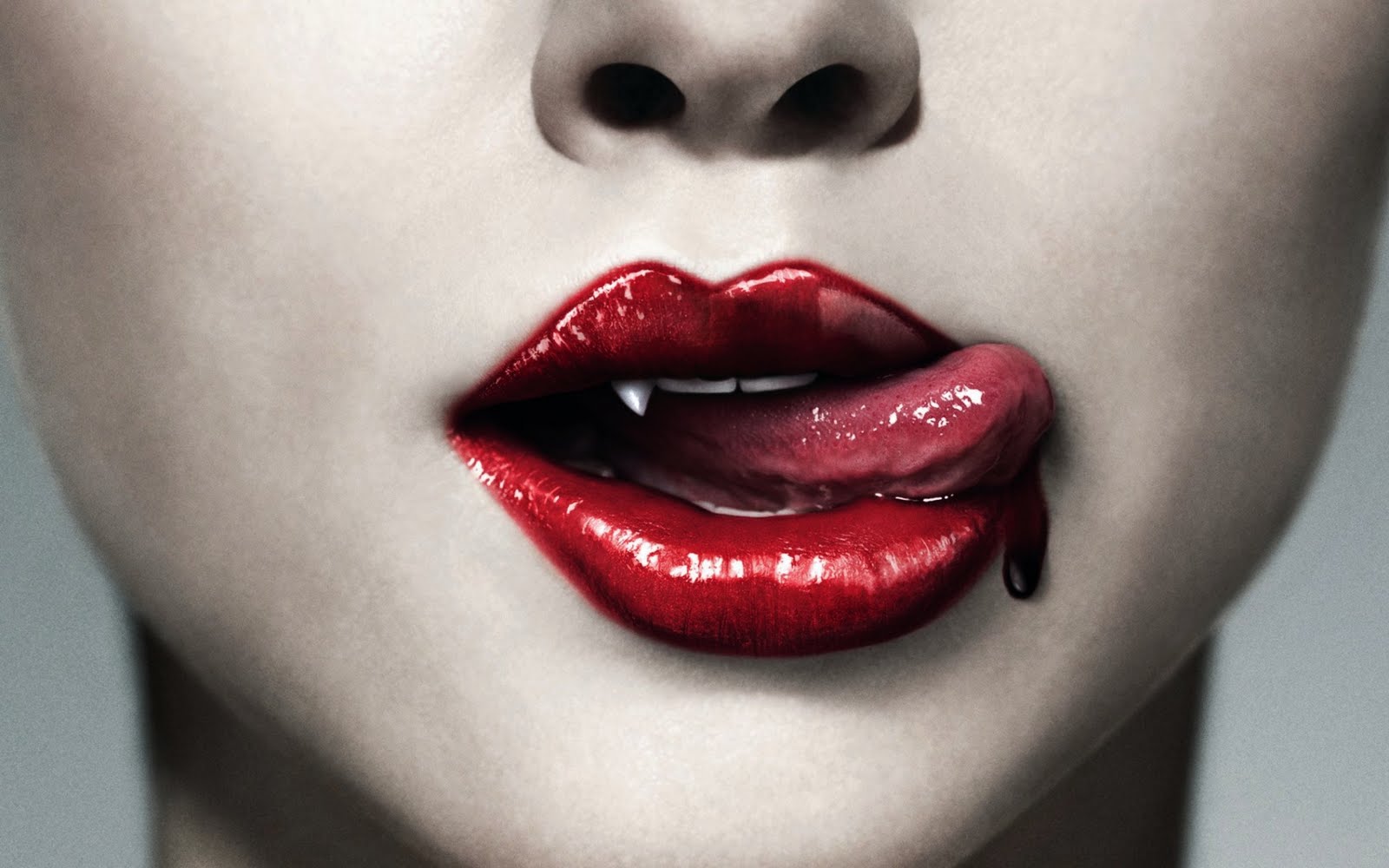 Anything bad I’ve ever done, I’ve thoroughly enjoyed in the first fleeting moments; yet, nipping at the heels of that joy is shame, which stops me in my tracks and limits the degree to which the dark side envelopes me and leads on to its compelling, yet rotten, end. The nexus of that shame, I believe, lies not so much in the deed itself, but in the shocking revelation that such a deed is so enjoyable, that my soul cries ‘yeah baby!’ and longs for more.

Just as my soul delights in wickedness and looks at the darkness and recognizes itself, so too does it gasp in the presence of light and yields an experience more engrossing and satiating than any aberrant misdeed, no matter how delicious. The experience of light is a process of ascent, of transmutation, a purging of all that keeps the light obscured; darkness, on the other hand, is cradled in descent, and merely requires letting go. And who doesn’t like letting go?

We are dangerous beings, make no mistake; and the ones we pose the greatest danger to is, of course, ourselves. We are dangerous because we enjoy destroying; and nothing, it seems, is more enjoyable than destroying the self. We sabotage our health, our mental-wellbeing, our relationships, our opportunities, and do it all with glee, like naughty children stealing candy when no one else is looking. We do so because we enjoy it; yet we then proceed to cover that joy – in a millisecond process of obscuration – and cry we cannot help ourselves; all the while licking our lips and marveling at the aftertaste of sin.

The most important step in ceasing bad behavior and unhealthy practices – after admitting that we do it – is, I believe, admitting that we love it. Much of pop-psychology is geared towards relinquishing shame, of lancing it from ourselves like an infected boil. Don’t feel bad about yourself, you’re only human, everybody does it, are the catch-phrases we intone as we dance merrily towards our own destruction. Fiddlesticks! Shame is our super power; it is the supreme motivator in the process of change, and dispensing with it is, quite literally, ditching the baby. Our greatest shame lies in relishing the glee that floods our system – albeit momentarily – when we give in to our evil inclination. When we understand that, and feel remorse for our wicked enjoyment, we can begin our ascent.

Just as shame has the power to transform, so too does knowledge. When we gain understanding as to why it is our wickedness elicits such sweet felicity – though necrosis knocks at the door – then we are well on our way to building a defense against its seductive allure. I am not an expert of any kind – be it philosopher, psychologist or theologian; but, having done a few turns around the sun, and being no stranger to iniquity, I feel eligible to offer the following observations:

The Biological Imperative of Bad

When it comes to human experience, nothing is more demotivating to an endeavor than deriving no enjoyment from it. I hardly need point out that humans would’ve petered out long ago were sex not so agreeable. Indeed, much about it is counter-intuitive, it’s messy and requires nudity (mostly), which, for those in cold climes, can be a big bother. But, off we all strip and here we all are. This being so, it should come as no surprise that stealing and killing and telling porkpies can feel a little bit fun; not because they are jolly experiences in and of themselves (for the non-sociopathic among us, at least), but because, somewhere along the line, such behaviors were imperative to our survival and, should Hollywood prove pre-sentient and zombies begin roaming the earth, may well be again. We are geared towards survival and anything that aids us in that primal endeavor – be it good deed or bad – is bound to feel thrilling.

For example: If stealing felt deplorable in the moment doing, then it would very rarely get done. But far from feeling deplorable, it is understood to feel thrilling. These days, stealing usually refers to property – which is a fairly recent aspect of human society. Back in the day, when we roamed the forests and plains, stealing-like behavior would’ve been employed in hunting and securing resources amid competing tribes and under the watchful eye of predators. With the stakes so high, the thrill of taking without being seen would’ve had been immense; and, by golly, I bet we loved it. With the advent of settled, contractual societies, taking that which isn’t ours without being seen has become counterproductive to our survival. Yet, its place on the list of don’ts seems to have done little to stem the tide of its attendant thrill.

The thrill I speak of is courtesy of the super-charged blood-pumper, adrenaline. Adrenaline is our River Styx, the chemical channel we cross on our journey to the dark side. Dead? A shot of adrenaline to the heart will wake you right up. It’s good stuff and we love it. Released into our bodies whenever we are in danger, adrenaline is the rocket fuel of our fight or flight response. To avoid danger, we need a clear head, heightened senses, blood in our extremities, deadened pain receptors and superhuman strength; adrenaline provides all this for free. Amid this ancient, feel-fantastic process, we are in peak physical and mental condition, so it comes as no surprise that we constantly look for ways to trigger it. Whether it be bungee jumping or hotwiring a car, we just can’t get enough.

Therein lies the tricky thing about adrenaline: the body cannot distinguish between that produced by a harmless thrill and that gained through immoral behavior; and what feels the same, we like the same; hence our ability to enjoy wicked deeds. To make matters worse, we are creatures of habit, so we will likely be found pressing repeat; leading to ingrained behavior which, though to our detriment, we both enjoy and can’t seem to shake. In such cases the best we can hope for is getting caught, which oft is a crucible so intense it has the power to transform.

The Will to Power

The defining modality of the “dark side” is the gaining of power through the exertion of will. It can feel crappy being human, and nothing is so crappy as having no control; and when we have no control, and feel crappy about it, we are at our most vulnerable to the dark side and its attendant adrenaline releasing, faux-power simulating properties. It is no coincidence that teenagers especially like to dabble in the netherworld; expressing their affiliation through action, dress and music etc., thus aligning themselves with things that make them feel powerful and, thus again, exerting their will over actual or perceived authority figures in their life.

Adults too are vulnerable to situations that make them feel powerless, which can lead to patterns of behavior considered anti-social and/or destructive. Operating within the negative range of emotions, like fear and anger, recently dis-empowered folk are often a menace to themselves and those around them, as they try to find alternative means of empowerment, often at the expense of morality. What is often not acknowledged is how good it feels to operate from an emotionally negative place, to embrace the dark side, to scorn all that is sensitive and good and to wallow in the crappiness of it all. It’s empowering and, to a degree, fulfilling. Unfortunately, it is also destructive and ugly and the road to ruin.

So, there we have it, my observations as to why the dark side is so delicious. Hardly a comprehensive analysis; still, enough to call forth your own understanding if you too have enjoyed a traipse to the dark side. Once the emperor of the dark side has been de-frocked (the emperor in this case being the scared little kid in all of us that wants its own way), the harder it is to succumb to the mysterious allure of all things negative. Far better that we heal ourselves and head towards the light. That doesn’t mean we can’t access the good stuff now and then: any situation that feels precarious is likely to administer adrenaline to our heads and our hearts – that includes running a marathon, jumping out of a plane (preferably with a parachute) or quitting the job we hate to follow our dream.

The dark side might be delicious on first bite, but it’s a superficial taste at best. Far more engaging and delectable, in a lasting sense, is striving for integrity, empowering others instead of ourselves and being kind.

adrenalineThe dark sidethe will to power