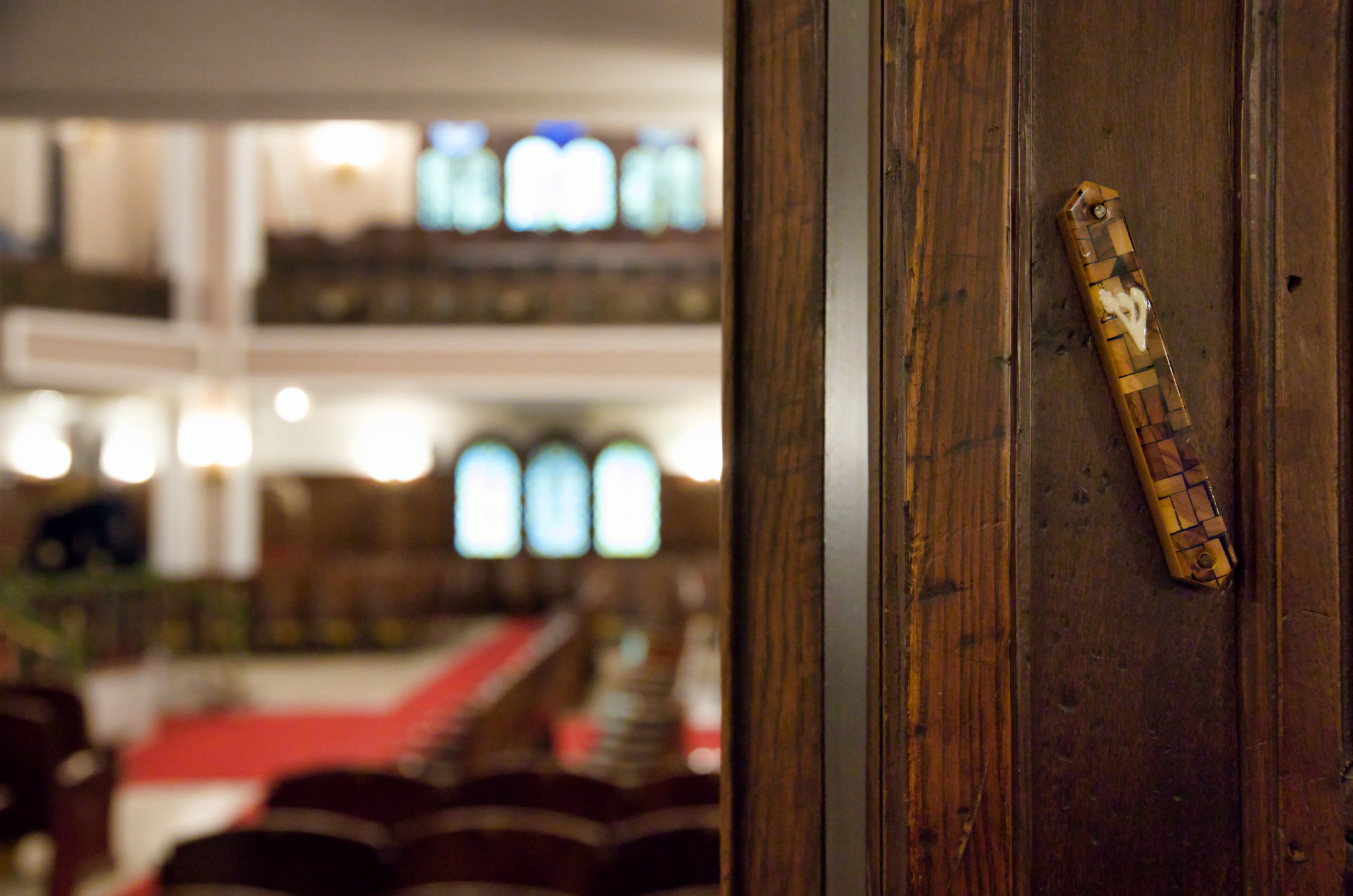 I never expected to love my Conservative synagogue. Although I sent my kids to Jewish preschool and then to Hebrew school in the building, I managed to evade membership for as long as I possibly could. After all, I reasoned, we always visited my parents for the High Holidays. And since I was neither very religious nor very social, it didn’t seem like a good investment.  So it wasn’t until the late winter and spring of 2018 that I started attending Saturday morning Shabbat services, and really it was only because my oldest, Asher, was about to have his bar mitzvah.

To my surprise, I really enjoyed the services–they awakened old Hebrew school memories–and the melodies were comforting for me, especially as I was at the tail end of a divorce.  But kiddush–which at my synagogue was a full-on lunch–was a little awkward for me at first. For months I stood, gripping my plate and trying to find a friendly face.  Or I ate hurriedly in a corner and left.  But slowly, people began to introduce themselves, which I suppose is inevitable when they see you show up, week after week, on a divorced mom’s schedule–alternate weeks by myself, or with my two younger and highly energetic children in tow (Asher preferred to sleep in on Saturdays.)

At first, I met the other parents who went to the children’s services, and then I branched out. My kids, Liora, almost 9, and Elias, almost 5, fell easily into the synagogue’s rhythms and started to make friends.  Elias began practicing Adon Olam every night in the bathtub so he could sing at the end of the service and be rewarded with a Sunkist Fruit Gem.

In time, I found I could easily spend a whole day “doing” Shabbat, because in the summer, after services, parents and kids converged at a nearby playground and the kids played for hours.  In the winter, the synagogue opened the “Shabbat gym,” a whole room full of trampolines and climbing equipment.

I never knew Yom Kippur could be so much fun. The kids ran up and down the synagogue stairs with their lunchboxes, gathering in little groups in the corners. We spent the afternoon break at a sunny playground, and then the kids concluded Neilah on the bimah with glow sticks, at least a hundred of them.

Sukkot was a whirlwind of different sukkahs, on the synagogue roof and in tiny Manhattan backyards. There were potlucks and invited gatherings, and I baked so many challahs, apple cakes, and cookies as contributions.

By the spring of 2019, I was heavily involved in the synagogue.  I was learning Hebrew, leading services, reading Torah, and was indisputably a regular. It was exhilarating to have so much to do, to have so many friends and activities and invitations.

Then, in early 2020 came the first whispers of the coronavirus.

I was following the pandemic in the Times, but it all came home in late February when our rabbi announced from the pulpit that we should stop greeting our friends with hugs and kisses and should instead adopt the elbow bump. Then, as we all giggled nervously, he sanitized the wooden rollers of the Torah. A week later, he told us we needed to stand far apart from each other and not elbow bump.  We were asked not to kiss the Torah as it came around, and to scrub our hands before kiddush.

Schools in NYC were already starting to close by then, especially the Jewish day schools.  I was surprised when the synagogue canceled the Purim carnival, scheduled for March 8th.  But the megillah reading on Monday night March 9th went on, although we had to bring our own groggers and couldn’t eat mishloach manot in the sanctuary.

On Tuesday March 10th, Purim day, Elias went off to Schechter Manhattan in his ninja costume.  But his last day came on March 12th, and my other kids’ public schools closed March 15th.

I was mentally ready for the school closures when they came, but I was shocked when the synagogue closed.  On the first Shabbat of the closure, March 14th, the synagogue livestreamed the service, against the preference of the rabbi.  I sat in my living room, staring at my computer screen, and feeling something I couldn’t quite put my finger on.  I wanted to be in the synagogue, not watching it from home.  I wanted to crawl through the screen.  When I heard the familiar cadences of the Torah service, the tears came. Of all the many closures, this one hurt the most.

I think, at that moment in mid-March, we were all still in disbelief.  We thought, this couldn’t happen, you can’t close a synagogue!

So here we are now, in mid-May.  After the first livestreamed service, the shul switched to a pre-Shabbat Zoom on Friday nights and a Havdalah on Saturdays.  They’re trying hard, but it’s like being held at arm’s length when you want to be embraced–you can’t replicate the kinesthetic or sensory experience of being in a place when you’re muted on Zoom.

Since my synagogue won’t Zoom on Saturday morning, I have to watch another synagogue’s livestream.  It’s a beautiful service. But sometimes, in the middle, I ask myself, what’s the point? Sure, I can harmonize along with “Ki leolam chasdo,” but if I’m alone in my living room, with whom am I singing, and what for?  And honestly, what’s to stop me from getting up to wash the dishes or scroll Facebook? Is Shabbat even Shabbat without community?

My kids will turn 15, 11, and 7 in quarantine.  Elias wears the top part of his school uniform and his kippah and finishes 1st grade at the dining-room table.  He tells me he misses synagogue.  He misses his friends.

Last week, Elias was searching around in the “synagogue quiet bag” near the door, still packed with cards and granola bars and fidget toys, and found three old, hard Sunkist Fruit Gems from a months-ago Adon Olam.  He promptly ate them. I passed it off to him as something funny, but later, alone, I cried.

I miss putting on a dress for Shabbat and walking to synagogue, the kids scootering ahead. I miss communal singing.  Worn wooden pews and the soaring stained glass ceiling.  Leading services.  I miss kiddush–the food, but also the people.  Having discovered these things, it’s very hard to relinquish them.

I suppose it’s a luxury for me to grieve for the loss of my community when so many people are sick and dying, or laid-off and wondering how to pay to the rent.  And I am so happy to be healthy and secure and home with my kids, whom I adore.  But I also feel this loss acutely–this was my world, and now it is gone.  For how long, no one knows, but I don’t expect we’ll be packing the synagogue for the High Holidays this fall.

It is ironic to be so distanced from my synagogue now, when we all need it most.  It is a strange sort of diaspora.  I guess we will somehow adapt.  But often I wonder, will my kids remember those happy two years, when they felt at home in the synagogue?  Can we ever return?

Roseanne Benjamin is a mother, a singer, and a freelance writer in New York City. Her work has appeared in Tablet, Kveller, and elsewhere.