Why I Still Answer The Door When Charity Seekers Come Knocking 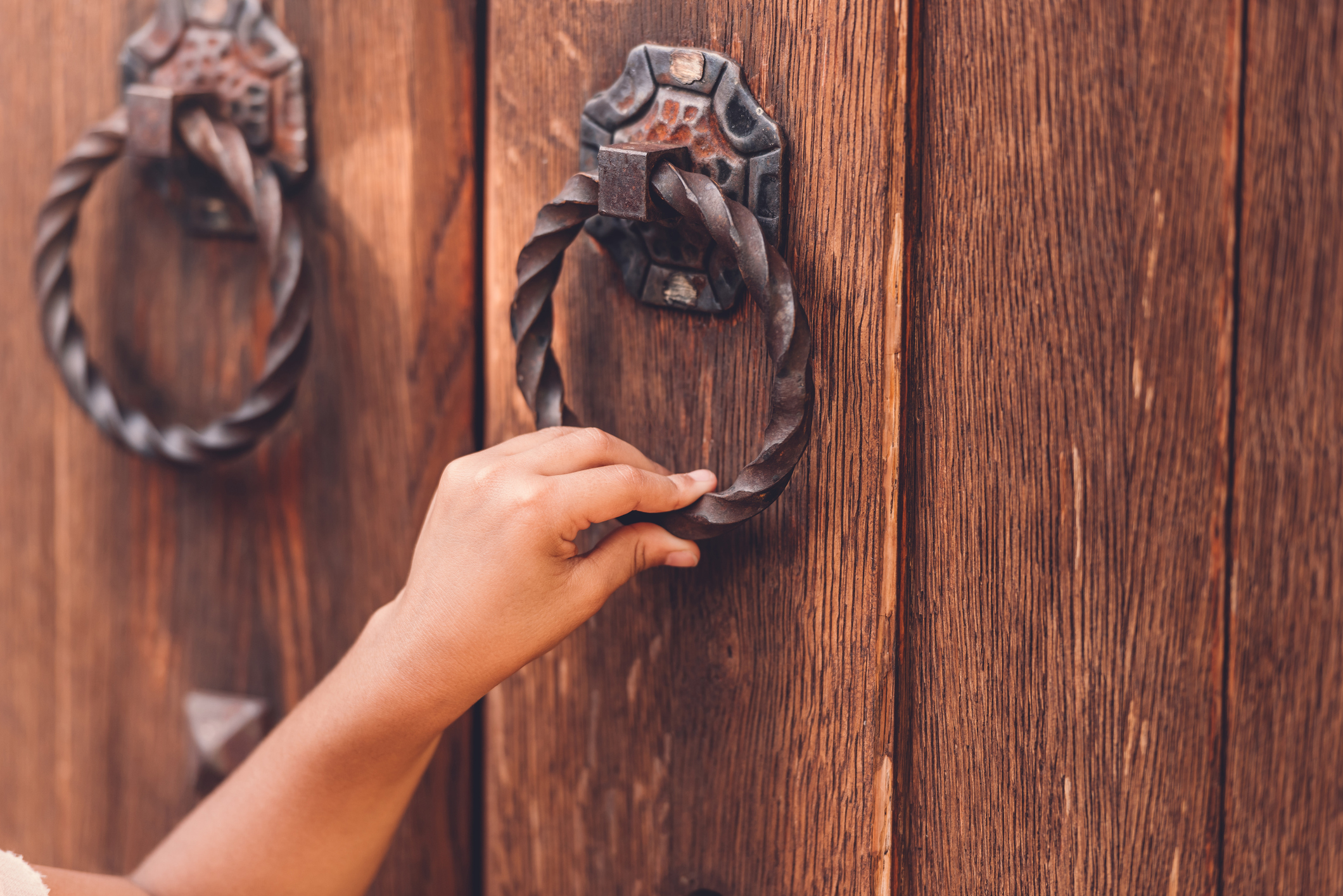 In the foyer outside my shul, a long donor wall is filled with rectangular glass plaques, each with the names of the people who contributed to make the building possible. One of these plaques always arrests my gaze.

The words etched into the glass read, “When they stop coming, start worrying.” Through these words, the donor, a friend of ours, honors the memory of his philanthropic father. Yes, how true: only those who have the wherewithal to give will be bothered by the phone calls, emails, letters, and knocks at the door, asking for contributions to all manner of causes.

The Torah imperative to give 10 percent of one’s income to tzedakah, known as ma’aser, has always been a mitzvah that speaks to my husband and me. When we were new to a Torah lifestyle, we both loved how our rabbi framed this: it isn’t that we had to relinquish ten percent of what belongs to us, but God allows us to keep ninety percent of what is really His. I also was very taken by the idea that the root of the word tzedakah, (usually translated as charity) means justice.

Jeff and I were careful to give our ma’aser from our earliest days of marriage, though we had a small income and student loans. As our income grew, we inevitably got onto a lot of mailing and calling lists. We wrote more checks, though still quite modest ones, to yeshivas, orphanages, and relief organizations, both in the U.S. and in Israel.

When we moved to a much larger Jewish neighborhood, tzedakah collectors routinely came to the door. No doubt our curb appeal was enhanced by both our mezuzah as well as the bright white sign with big capital blue letters that says “Welcome Shabbas Guests!” which rests at an awkward, noticeable angle on the porch most of the week.

Like many Jews in neighborhoods like ours, we keep an envelope filled with dollar bills and fives available to satisfy the mitzvah of giving to those in need, without giving beyond our capacity. Sometimes, we write checks for larger amounts, made out to a local tax-deductible organization that disburses the funds to those collecting with their placard. Some people, looking at our checks, give us a challenging look. “Can’t you do better?” they ask. Is this Jewish chutzpah, or just desperation? I resent this attitude, but it is fortunately very rare.

My relationship with the collectors changed one night about two years ago. A well-dressed man knocked at the door and launched into a hard luck story. He had lost his job and his insurance, and he showed us medical bills that he said added up to $20,000. My husband wrote him an unusually large check, but I was suspicious because the man had come on very strong; I sensed something was off.

We watched him drive off in a late model SUV, but we gave him the benefit of the doubt. It could be a borrowed car, or he could have bought it when he was still flush with income.

About six months later, the same man came to the door again, also at night. My husband was not home. I told him that we could not give him more money as we had done so recently and we had to balance the needs of many other requests.

“Shall I come back when your husband is home?” he asked.

He pressed me for another check, and I resisted. I became more convinced that he was a con artist. He had no humility, and worse, he actually scoffed when I reminded him that he was not the only person with needs who knocked on our door. I was tempted to add that most of them looked in every way far worse off than he did.

When Jeff arrived home just minutes after I finally shooed him away, I regaled him with details of my encounter with the man.

“I’m sorry we got taken in by him at the beginning,” I concluded.

Our naivete was cured. While we wanted to do the mitzvah of helping a fellow Jew in need, we learned that some appeals are bogus. When the parade of door-knocking got out of hand and it became harder to be discerning, I was told that I was not obligated to answer every knock. And I didn’t. A few times, the knocking became very aggressive, and I continued to hide behind the door to our family room with a mixture of self-righteousness and guilt.

We still answer the door to many collectors, and many of them have heartrending stories. I am astonished at how many come to LA all the way from Israel to raise funds for urgent medical care for a family member. Many are professional fundraisers trying to keep a school or organization afloat, places that serve the underprivileged, the abused, the barely-still-on-the-straight-and-narrow.

We are moved by their missions and humbled by their profound personal distress. We try to do what we can to help them maintain dignity. We who have never known this sort of want cannot imagine walking the streets in their scuffed and worn out shoes.

We give to them and they give to us in return. As they look at the photos of our four children on the fireplace mantelpiece, they offer blessings for our family with such poignancy in their voices that we are moved to tears. We offer our blessings to them in return, yet I wonder whose may weigh more in the Heavenly Court – those of the privileged and comfortable, or those of the needy among the faithful.

As for the man whom we suspected had taken us for a ride, we made peace with it a long time ago. “We need to assume he was also a Jew in some sort of need,” Jeff said. “We are only trustees of the Almighty’s money.”

Of course, Jeff was right. “Give to Him what is His because you and yours are His,” as it says in Ethics of the Fathers (3:8). That man, whose need may or may not have been legitimate, was still a true messenger, reminding me of my immense blessings, as well as the cautionary motto, “When they stop coming, start worrying.”