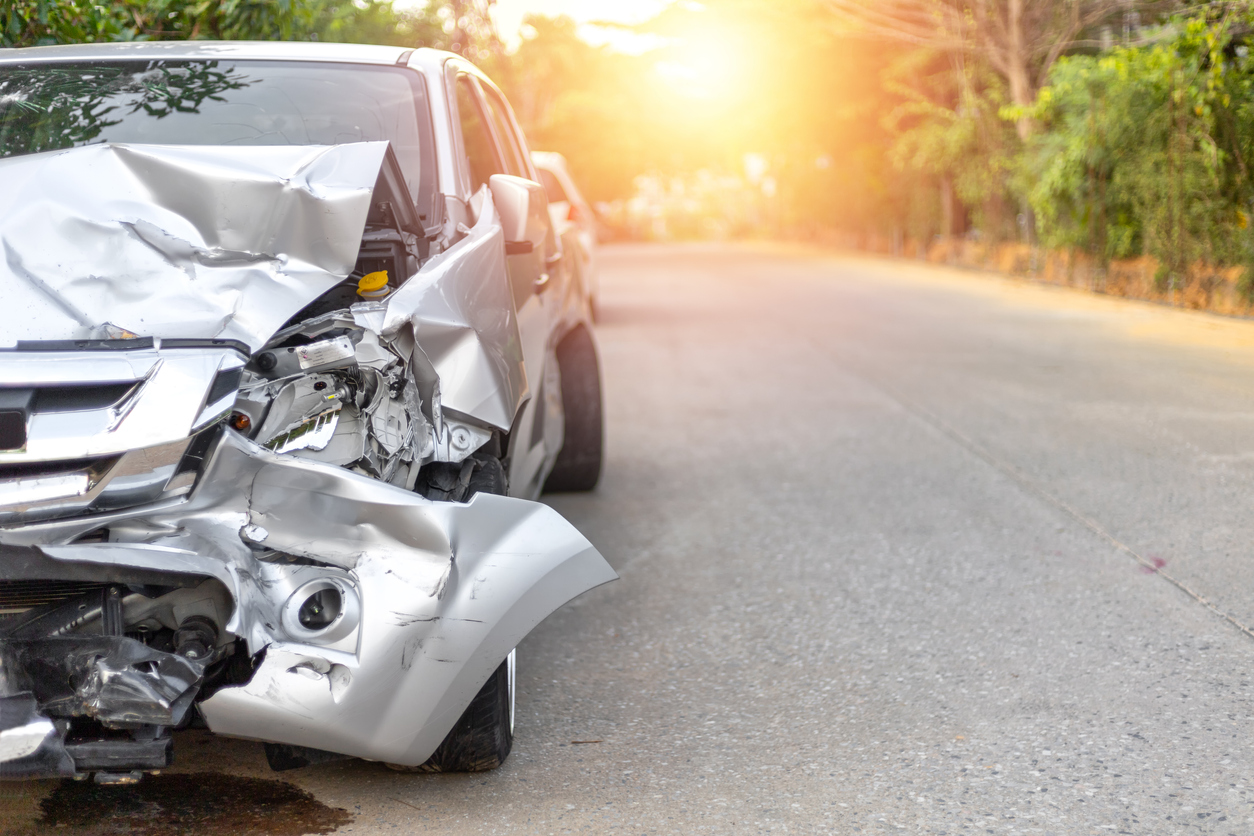 On Sunday, August 23, we brought our older daughter to her college in the Hudson Valley region of New York for the start of her junior year. We dropped her off with her belongings, took her out for a meal, and then headed home to New York City. We assumed it would be a typical return drive south along the New York State Thruway, with perhaps a pocket or two of traffic.

I was drowsing in the passenger seat when I heard the tires squealing and realized the car was moving out of control. We swerved erratically and almost struck the divider between the northbound and southbound lanes. Instead, we turned right and hit the divider on the outer section of the southbound road. The airbags deployed as we came to a sudden, jarring stop with a harsh impact.

I’m purposely leaving out certain details here, but at this point, we had just experienced one of the most frightening, confusing, and dramatic events of our lives. I turned to look at the other members of my family; my husband was sobbing and my younger daughter was speaking in a panicky tone of voice. I quickly noted that no one was bloody, no one seemed seriously injured. And I realized that no other car had been struck during the impact.

I got out of the car and dashed around to see if my daughter could get out of the back seat. I helped her out. A few other cars stopped in front and in back of our car to shield us, and people immediately came to ask us if we needed help.

I was soon in motion. I paced the perimeter of the car to assess the damage, snapping cell phone photographs, thanking the people who comforted us. When a state trooper came to document the accident, I spoke to him first, explaining as much as I could.

People react differently in emergencies, and as I have in the past, I go into a “take charge” mode. I tamp down my fears and do things. I check-list, I document, I speak to people, I assess the damage, and so on. I call it the “Be Prepared” Girl Scout mindset. I cannot sit still.

For some background and comparison, there have been a few other times in my life when something crazy happened and I flew into survival mode: once in the late 1990s I stumbled while transferring from one subway train to another at a Manhattan train platform, ended up with my right leg and arm locked in the train doors, while the train began to move. Immediately, I began hopping along with the train.  I continued moving for several feet until the train halted. No crying or giving up on my part: I moved.

Or a time some years later when my father walked through the back door of my house, the crown of his bald head all covered in blood. Instead of screaming and freaking out, I grabbed a towel and mopped his head, pulled out a chair for him to sit, and calmly asked him what had happened.

Or that time in my sophomore year of college when I was by myself at an unfamiliar train station, late at night, and I spotted a group of men approaching me, laughing amongst themselves. I spotted a bottle of beer on the floor, spilled the liquid onto the trains, smacked the butt of the bottle on the edge of the platform, and swung around the broken bottle. Those guys ran the other way.

When faced with a crisis, I act quickly. But later on, I’ll ruminate endlessly about what happened, what I could have done differently, debating whether or not I did the best thing. I’ll wonder what it would have been like if one or two details had differed… The “what ifs” will pelt me like hard rain.

In the aftermath of a major crisis, people react in various manners. But many, coming out of such situations in relatively good shape, experience intense gratitude for surviving. They feel lucky, fortunate, relieved, thankful, humbled. Some even feel a sense of spiritual uplift.

After this car accident, I certainly felt very grateful for not enduring an injury, for the fact that no car other than our own had been damaged. I was grateful that we hadn’t hit a tree or an animal, and caused just minor damage to the metal divider. I was grateful that my family members were physically safe (although my daughter did end up with a mild head concussion).

But for the next several days after the accident, I experienced a swirl of emotions. They ranged from disbelief and melancholy, anger and frustration, grim humor and feeling overwhelmed by things to be done in the wake of the accident (dealing with the insurance company, getting a rental car, making sure my daughter was examined, and so on).

Another thing upon which I was insistent was making sure to bench gomel, the Hebrew thanksgiving blessing. Birkat HaGomel can be said during the Torah service. The following Shabbat when I attended an outdoor, socially distanced service in Brooklyn, I made sure to inform those who were leading the prayers that I wanted to make the blessing. A few people asked me after davening (prayers) and why I had I made the blessing (people inevitably do ask).  I told them about the car accident.

There have been other times I’ve recited Birkat HaGomel: after airplane flights (this is a tradition amongst some), and other injuries and illnesses. One memorable time was after I had a bout with pneumonia. I appreciate the simple, brief formula of offering up thanks to God for getting through a dangerous situation, and being able to put it into perspective.

I did feel a bit of relief after saying Birkat HaGomel after the car accident. I wondered if it would make me feel more spiritual? I tried to summon up a feeling of this, but it didn’t materialize. Couldn’t be forced. People who heard about the accident would wish me well, and tell me they were glad we were okay. “Cars can be replaced, lives cannot.”

True, and certainly I appreciated that. But I was still feeling flashes of anger and frustration, fear and resentment. I would say, I know many people have had worse situations as of late (Covid-19 illness and death, job loss, homelessness and such), so I should be thankful.  In fact, I went to work three days that week after the car accident, and sort of dealt with my emotions there while trying to put some distance between myself and the car accident. It worked to some extent.

But to be frank, it’s difficult (at least for me) to feel this immediate, life-affirming spiritual awakening just because I walked away from a lousy car accident. Do I sound like a stinker for saying this? I hope I don’t. But I’m just being realistic: I felt a mess of emotions in the aftermath of this car accident. At times my anger flared up and screamed at a few people. A few times I quietly shed tears.

Even now, two months after the car accident, I reflect upon it in different ways. Other crummy things happened to us afterward as well (my work hours were reduced; we had a major problem with the pipes in our house, with minor flooding in the basement; I took a spill in the house and fractured a rib). Still, none of these had the horrifying shock of the car crash.

Watching a car crash on a TV show or film, there is distance between yourself as the viewer and the object on the screen. Being in a car that is out of control and then smacks into something, that’s very different. The accident itself can seem so quick and sudden, the after-effects continue for quite a while. They will likely haunt you for the rest of your life. They can also toughen you, and help you put your troubles in perspective. You know that you survived something awful, and you can cope.

I sincerely hope you don’t go through a car crash. But, if you do, try to be as calm and cognizant as possible. Everyone, drive safely and like the Girls Scouts motto says, “Be Prepared”. Realize that after an accident you will endure a mix of emotions and run through scenarios in your head. Gratitude after surviving is meaningful. Imperfect, but meaningful.