Why I Am Both Mourning And Celebrating The Yankees’ ALCS Loss 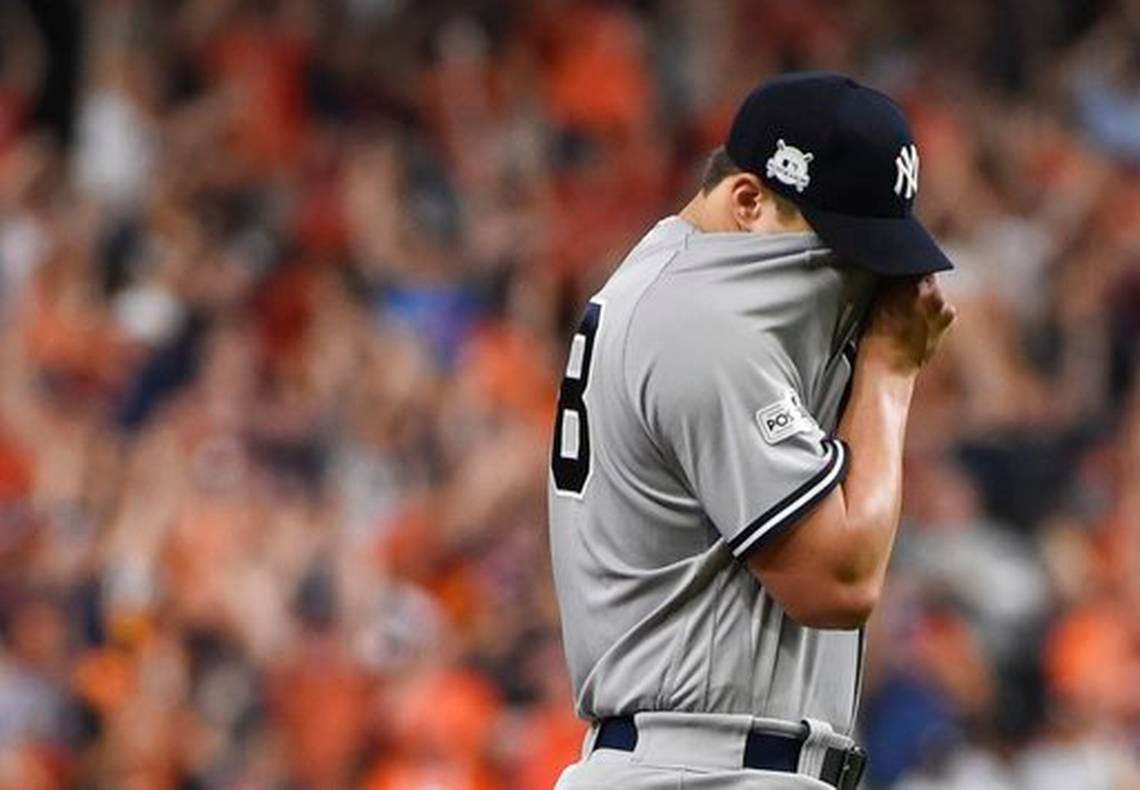 We were so close. Two chances to win one game. But my Yankees just couldn’t hit or score any runs in Houston, and they just missed the chance to play in the World Series.

I know the Yankees have had success for many years, and are almost always competitive, unlike most baseball teams. In fact, between the 2016 and 2017 World Series, with the Cubs, Indians, Dodgers and Astros all ending (or potentially ending) long droughts, the average wait time for one of their fans to have won a championship is 65 years — the time from birth to retirement.

But in fact, half of Major League Baseball teams made the playoffs in either 2016 or 2017, and in the last five years, 26 of the 30 teams have at least been competitive, with 24 making the playoffs at least once. And once you’re in the playoffs, anything can happen and any team can win.

So this is the trade-off facing almost every baseball fan as the season is about to begin: “Your team is likely to make the playoffs. But they will lose.”

Most of us would sign up for that deal in a second. And it’s also the truth: almost every team has had a chance over the last few years, and every year, 29 out of 30 teams eventually lose.

The problem is that once you are in the playoffs, and you can almost taste the victory champagne, when you lose, it hurts. A lot.

So how could we be thrilled with one deal in March, and then, when it actually happens in October, be so upset?

It’s because as moments get closer and closer, we think about them differently. Psychologist Daniel Gilbert explains it well:

Then ask them the day after their team lost.

What happened? Well, as the “distant future” gradually becomes the “near future,” we don’t even notice the emotional shifts that arise when they come up. As Gilbert continues:

When [people] are asked to “imagine a good day,” they imagine a greater variety of events if the good day is tomorrow than if the good day is a year later. Because a good day tomorrow is imagined in considerable detail, it turns out to be a lumpy mixture of good stuff (“I’ll sleep late, read the paper, go to the movies, and see my best friend”) with a few unpleasant chunks (“But I guess I’ll have to rake the stupid leaves”). On the other hand, a good day next year is imagined as a smooth puree of happy episodes. What’s more, when people are asked how realistic they think these mental images of the near and far future are, they claim that the smooth puree of next year is every bit as realistic as the lumpy stew of tomorrow. (106)

On Opening Day, we think about how exciting it will be if our team makes the playoffs. But when Gary Sanchez can’t hold onto a ball, or Rajai Davis hits a game-tying home run, but then ends up not mattering, we can feel the intensity of reliving all the very specific “what-ifs.”

Whenever anything ends — from a baseball season to a job to a relationship to a loved one’s life — it hurts at first, because we think about what we have just lost. But if we can also think about it through the lens of a longer time horizon, we can find moments to be grateful for, even if it didn’t end the way we wanted it to. We gained experience, or learned what we wanted in a partner, or had special moments that give us a warm glow. It doesn’t make the pain of the loss any less, but it does allow us to think back on the good feeling we had at the beginning, and to reclaim that, as well.

Life isn’t smooth. We hit rough patches. And things won’t always go the way we want them to. And even as things end, the reason we feel sad is because we lost something special. We can both mourn and celebrate at the same time — we just need to decide on the time horizon we want to look through.

So while I’m still sad about this loss, come talk to me at 3:37 pm on March 29, 2018, as the Yankees play the Blue Jays. It’ll be a new opportunity for me to feel excited and hopeful all over again.