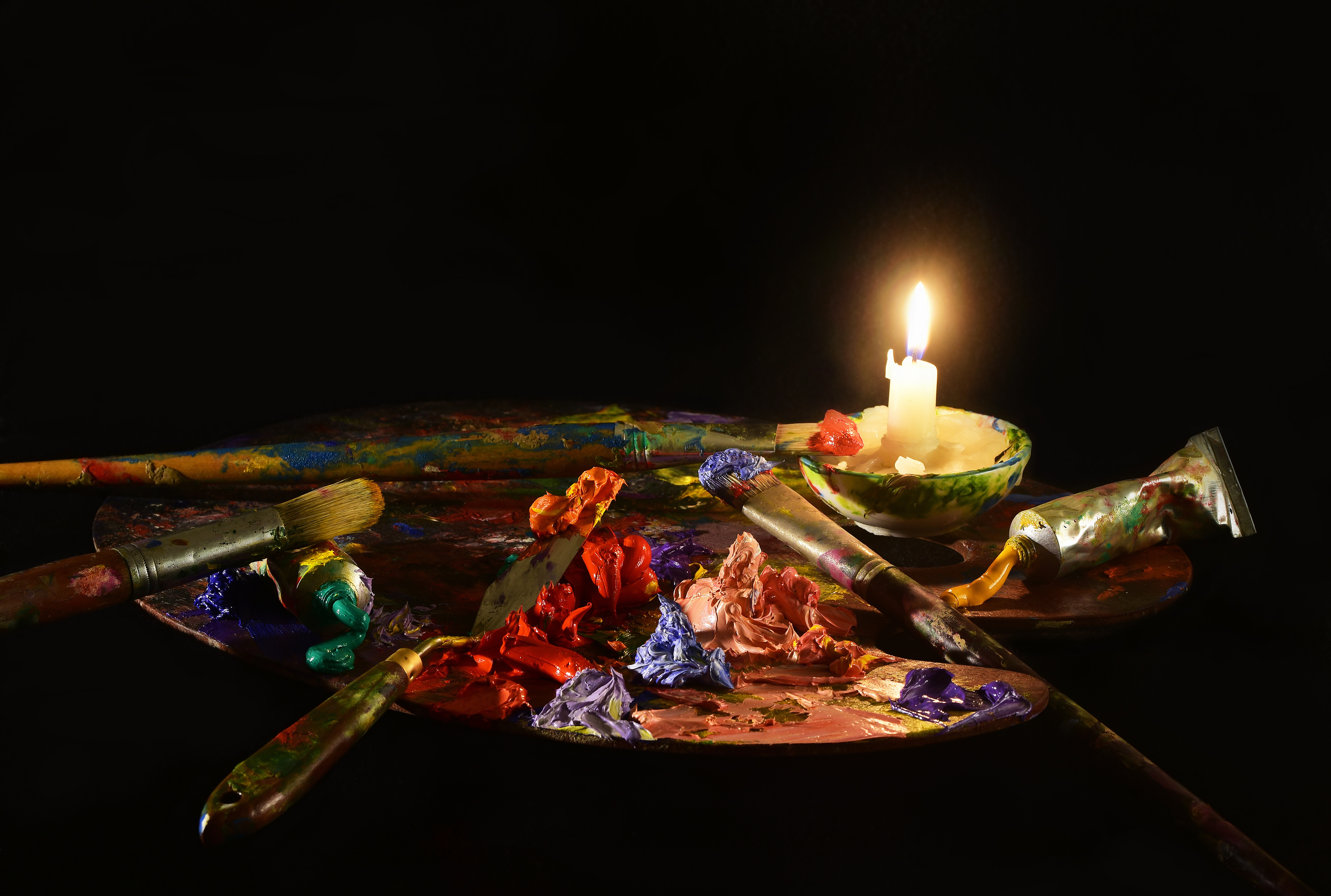 Let’s start with the briefest primer on Divinity.

God is not a spirit any more than God is a carrot, a chunk of ice, or an airplane propeller. Nor is God ephemeral energy, a celestial being, or a he or a she. Everything we can possibly imagine, no matter how small or how lofty, is merely a created entity. God alone was not created; God is a first cause.

Think of it this way: God is the only Creator and everything else –including Seraphs, skim milk, and the Dewy Decimal System, are all creations. But what does this have to do with creativity?

There is something fundamentally different about the way God creates. We humans don’t make anything; we amalgamate. We take previously created stuff and change its form. When God creates, it’s something from nothing at all.

Take David, Michelangelo’s most famous sculptural work for example. Michelangelo didn’t create it; he merely shaped pre-existing materials into known forms. He took marble, chipped away at it and fashioned it into the likeness of a man, –that is to say, he took pre-created material and crafted it into the shape and form of something that already existed. Of course, Michelangelo possessed an incredible, undeniable genius, but in terms of true creation –creating something from nothing, which is how God creates –even his magnificent David didn’t come close.

The same is true for Mozart who wrote his Symphony No. 40 in G Minor by taking pre-existing notes, re-ordering them, and then using different instruments with differing timbres to reshape pre-existing sound waves. Again, Mozart’s gift was beyond reckoning, but the music itself, the stuff of it; was not actually created by him, but rather, re-fashioned.

The works of inventors and poets or any artists, however profound, are in fact, amalgamations, rather than actual creations. But why is this important? Why is it necessary to bring God into a discussion about creativity?

Maintaining an understanding that humans are shape-changers, rather than true creators, provides for humility, and humility is the most propitious starting place for any creative endeavor. Humility is what affords the mental space for creative ideas to arise. Without it, our minds are a mess. Think of humility as a cleansing breeze that clears away the twin disrupters of creativity: arrogance and fear.

In one instance, the person who possesses it says: No matter how great my work is, I understand that in no way, can anything I accomplish compare with actual creation –which is God’s alone. To think otherwise would be hubris.

In the other instance, the truly humble person says: The deep fear I have about bringing my work into the world and, which ultimately thwarts me from sharing my gift, is nothing more than hubris as well.

It’s imperative that we are neither, conceited nor fearful when we begin the work of taking our nascent ideas and bringing them into the world. Both states of mind are injurious to creativity. They derive from the misconception that we as human creators can do anything more than reconfigure what God has already set before us.