Why Fewer People Believe In Science 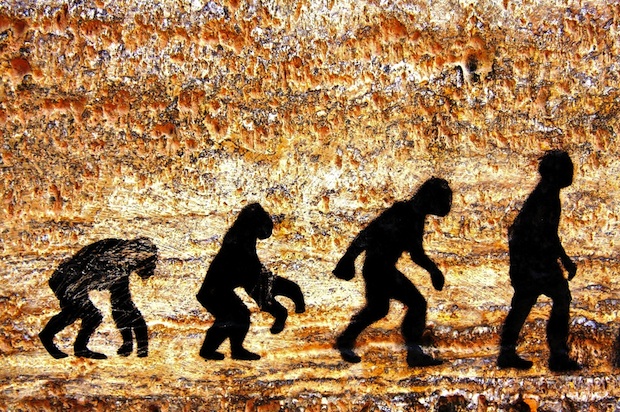 The fact that only 33% of Americans believe in evolution – that according to a Pew survey conducted earlier this year, and in line with past years’ results – may be disturbing enough, but additional research shows that this is just the tip of a much larger, and potentially dangerous iceberg against which our culture is crashing. More and more people reject scientific knowledge as a reasonable basis understanding the world, or for decisions they make about a whole range of political, medical and other fundamentally important issues.

Don’t get me wrong, I do not think that all of life’s questions can be answered in purely rational or material terms — definitely not. Not all things can, or perhaps even should, be explained by such methods. But that doesn’t make it terribly wise or even safe, to ignore the scientific understandings and explanations of those things which can be.

Science does not have all of the answers we seek. But here’s the thing: “Science”, by which I mean sophisticated and intellectually honest scientists, do not claim that they do! They “just” offer rational and testable methods for addressing things.

So why is it that so many people resist the contributions and conclusions that are offered to us by science? I think it comes down to a single word: change.

Scientists live with the fact that they can be wrong, that scientific knowledge evolves, and that even the best conclusions we have, may not be immutable. Of course, that may be the problem.

Life comes faster and faster at pretty much all of us. It’s not simply something which most generations have said, it’s a fact that presents itself with special ferocity in specific eras of social, economic and technological change — eras like the one in which we are living. Some people love moving fast. Some don’t. And for some, the faster things move, the harder they stomp on the brakes.

Rejecting or resisting scientific conclusions, especially as science itself moves faster and faster, is all about stomping on the brakes as a response to living with so much change that comes at us with such remarkable speed.

Some people — apparently lots of people, when it comes to issues like evolution — confuse truth with permanence, and that is not how science works. But if you think about it, it’s not how anything works, including the more emotional and faith-based approaches which people, including me at least some times, use to guide their lives.

So yeah, it can be unnerving to base one’s self on “the best scientific knowledge” knowing that concepts including a flat earth and a geocentric universe once fell into that category. If science is always on the move, then how can we fully trust, or dare I say, place our faith in it?

How? The exact same way we place our faith in faith, and in those supposedly immutable truths which so many people not only embrace, but use to reject scientific thinking as a compelling and meaningful way to explain things. People’s thinking about faith changes over time. Our understanding of those immutable truths evolves. The trust and love we invest in those closest to us can fall apart, but that doesn’t mean that we were wrong to make the investment, at least not most of the time.

Most people yearn for permanence, in at least some parts of our lives. If not from the Gods in whom we place our faith, then at least from the lovers with whom we lie down at night. We typically don’t enter such relationships imagining that they will fail, and yet many do. We allow ourselves to live and love as if it is forever, even though we know that few if any things are. That doesn’t make us foolish. It simply reflects a wonderful, romantic, human capacity for going beyond what is purely rational.

Perhaps, if we stepped back and appreciated that even in those areas where we want and often claim permanence, change occurs without diminishing the power of the truth, trust and love we live into, then we could accept, conversely, that science where change is a given, offers plenty of stability and much in which we can place our trust.