Why an Antigay Church Supports a Clinton Health Philanthropy 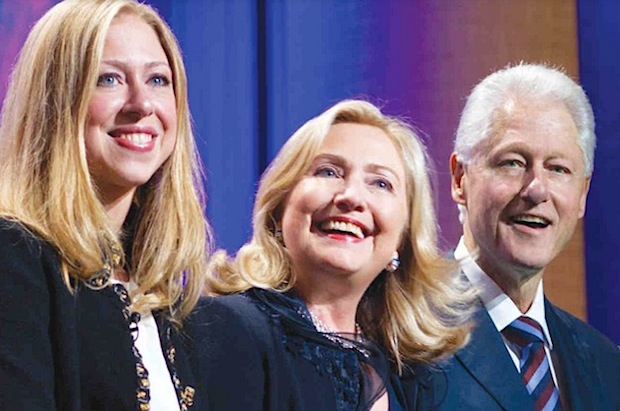 Hats off to Hillary. Yes, that Hillary – is there any other on the public’s radar? Love her, or truly dislike her (lots of people fall into one of those camps), there’s no arguing that Hillary Clinton has achieved full rock-star level fame – think Bono, Kanye, etc. – and is recognized across the country, if not the world, by first name alone.

Like all household names, people are quick to judge her every move. And not always fairly, as was the case recently, when it came to light that an HIV/AIDS health initiative affiliated with the Clinton Foundation accepted a donation (in the range of $1-10 million over the last five years) from the Cameroon Baptist Convention.

So what’s the Cameroon Baptist Convention, and why is their gift to the Clinton Health Access Initiative getting negative attention from Hillary’s political opponents, potentially even making some steadfast supporters anxious?

In a powerful twist on the old adage ‘the enemy of my enemy is my friend,’ they realized that the most immediate enemy is disease and suffering.

The CBC is the umbrella organization for Cameroonian Baptists, and includes 1,028 organized churches with about 105,000 members. The organization’s president has compared homosexuality to incest, describing it as emanating “from the devil.”

Why would the CBC make a large gift to a philanthropy that is supported by leading gay rights advocates? Why would the Clinton Health Access Initiative – founded to “save the lives of millions of people living with HIV/AIDS in the developing world by dramatically scaling up antiretroviral treatment” – accept a gift from the CBC? Is that not the height of hypocrisy for both organizations?

Absolutely not! The global fight against HIV is not a gay issue (the virus affects children and heterosexuals as well). I believe the CBC’s decision to donate, and the CHAI’s decision to accept the gift, are tributes to both. In each case, strongly ideological organizations which could easily have dismissed each other instead looked to a larger ideological frame – one which puts meeting immediate human needs ahead of arguing for broad social agendas.

The church saw beyond a progressive philanthropy that benefits individuals who are – as the CBC would define them – anything but good Christians, to the work that organization is doing in addressing critical health needs in Africa and around the world. I believe they saw that “Christian work” can be done by all people, and they wanted to be a part of sustaining that work, deciding not to let their definition of “perfect” become the enemy of the good they’re called to do in world.

The Clinton Health Initiative, risking the ire of major donors and charges of hypocrisy in the media, also have a handle on the bigger picture regarding their work in the world. In a powerful twist on the old adage that “the enemy of my enemy is my friend,” they realized that the most immediate enemy is disease and suffering – and that friendships built in the fight against suffering are anything but hypocritical.

Indeed, those who lead both the Cameroon Baptist Convention and the Clinton Health Access Initiative took the brave and wise path, by seeing that there’s almost always a bigger picture – a larger frame of reference – which allows us, without apologizing for any of our otherwise opposing views, to come together and make a positive difference on an immediate, concrete problem we’re facing.

As I think about it, the real political takeaway from this story is that we’d be a far stronger and healthier country if we had more elected officials who took a lesson from the CBC and CHAI: Never apologize for what you believe, and pursue the realization of those beliefs at all times. Just remember that, however much you disagree with your opponents, there’s always plenty you could accomplish together if you were more concerned with effectiveness than with appearances and narrow definitions of ideological purity.

Hats off to Hillary, and especially to the leaders of her family’s philanthropic organization and the Cameroon Baptist Convention for finding common ground.