Whether Scientific or Religious (or Both), We’re All Human 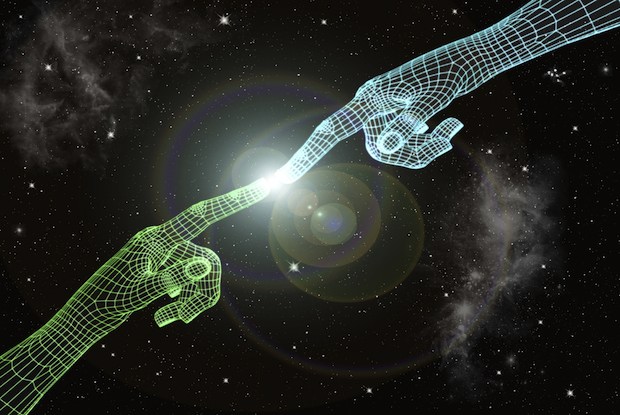 The Pew Research Center has released a new study about how religion affects Americans’ views on science, and there are quite a few fascinating key takeaways.

One important finding: The common refrain that “religious people don’t embrace science” is simply not true. Only 30% who were polled felt that their religious views conflicted with science – and even more interesting, non-religious people were more likely (than religious people) to think science and religion were in conflict.

We can stop talking past each other and start talking to each other, and say: This topic is complicated and nuanced. Reasonable people can disagree.

But Pew researchers also went deeper, asking about critical policy questions where science plays an important role, such as GMO’s, the space station, fracking, vaccinations and climate change. And while there are certainly some topics where religion can influence someone’s view on science and medicine – evolution, abortion, the origins of the universe – the report noted that “on a number of other science-related topics, there is no independent effect of religious affiliation or frequency of church attendance on public attitudes.”

So what do we do with this information?

These findings mean we need to change the conversation. Too often, discussion about religion and science focuses on the points of conflict and disagreement. We read about schools teaching intelligent design, or presidential candidates who don’t accept evolution – and yes, when I read those stories, it makes my blood boil.

But it seems that when people are interacting with science on a day-to-day basis, it’s not often they’re thinking about the origins of the universe. Instead, they’re thinking about issues that face us as individuals, and as a society, such as how technology is changing our lives, or the ethical implications of genetic engineering, or how we can engender more compassion in our society.

So as the Pew Report seems to indicate, when we drill down and talk about specific subjects, we can stop yelling at each other and trying to convince the un-convinceable. We can stop talking past each other, and start talking to each other, and say, “This topic is complicated and nuanced. Reasonable people can disagree on it.” As we talk about it, where does science come in, and where do value judgments come in?

After all, both science and religion are human endeavors, pursued by human beings in the service of enhancing individual people’s lives and bettering our shared world. Can each be misused? Of course. But does each one have the possibility of improving us? Most definitely.

So rather than inquiring, “How do you view science and religion?” it’s better to ask questions like, “Genetic knowledge is rapidly expanding, and knowledge is certainly power, so how do we use that power?” and “Is social media helping or hurting social justice causes?” and “What factors incentivize terrorists?“.

If we embrace these kinds of questions with humility, openness and curiosity, we move beyond a “science vs. religion” conversation. Instead, our approach becomes, “These are critical issues we face. How can I constructively bring all of who I am to the discussion?”

Indeed, this Pew report confirms some findings of the Perceptions Project (adminstered by the American Association for the Advancement of Science (AAAS), Dialogue on Science, Ethics and Religion (DoSER) and Rice University) which Sinai and Synapses partnered on. The Perceptions Project emphasized personal connections and relationships; after all, “scientists” and “religious people” are abstractions. The person sitting next to you is a real person, with a real story and a real contribution.

As Dr. Jennifer Wiseman, Director of DoSER, remarked on this new Pew report, “[W]e found a lot of shared desire to use science and technology for the betterment of the world and the human condition. There’s a lot of common ground.”

So rather than asking “Do you see science and religion in conflict?” let’s ask, “What’s the issue we’re facing, and what can science or religion bring the table?” Not only will we elevate the discourse surrounding religion and science, we’ll make people’s lives a little more whole, and our world a little better.