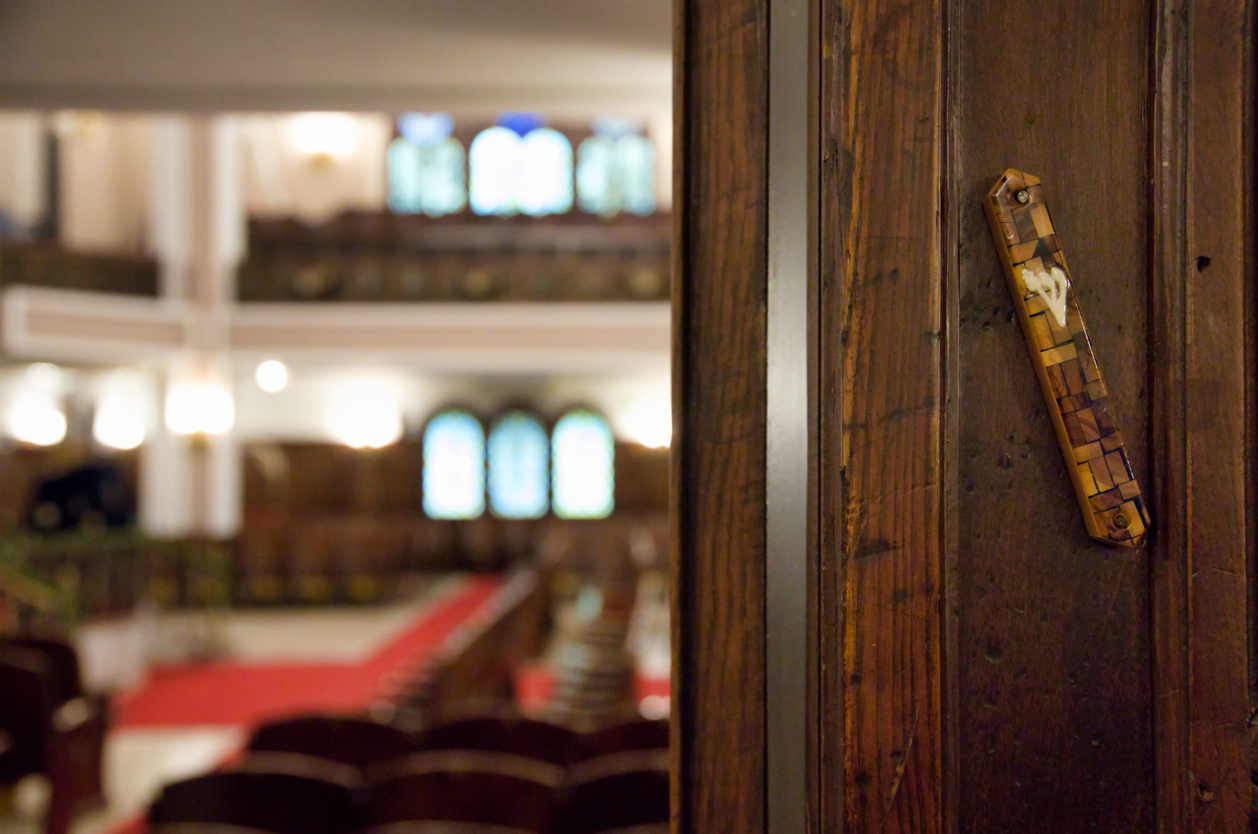 “When are you done?”

It’s a question I’ve naturally been asked more and more as I approach the end of my 11 months of reciting the Mourner’s Kaddish for my father. It’s a question that’s even more loaded than the askers probably realize.

“When are you done?” – because soon, I’ll have to be done. I’ll have to give up on the mandated regular check-ins with my father. I know I have to be done; Jewish law places wise guidelines and limits on the mourning process, and 11 months after my loss is an appropriate time to move on from this stage (with one more month to go as a mourner, just without reciting Kaddish), though I don’t feel any more ready for it than I felt to end shiva as the end of that drew near.

“When are you done?” – and the implicit underlying question, especially when asked by my children, is “When are you going to stop running off to shul once or twice or three times a day?” Because I’ve attended shul more regularly in the past almost-11-months than ever in my life, and it does take a toll, on me and on them. I was never a regular shulgoer; I do recite the morning and afternoon prayers each day, but usually on my own. I did go regularly on Shabbos before I had kids (i.e., pregnancies and demands of nursing babies and naps that couldn’t be skipped), and would always happily take advantage of a weekday opportunity for public prayer (tagging along with a shul-going friend, or joining impromptu minyanim at all sorts of gatherings), but the past months have been a whole different shul game.

Before I lost my father, I didn’t regularly drag myself out of bed at 6 AM or – whoops – 7:15 for the later minyan – like I have been since February. (Yes, I deeply appreciate the multiple minyan times!) I didn’t have to plan dinner and bedtime each day around services that somehow seem inconvenient all year long even though the times change with the changing sunset. Or plan my whole day around an earlier afternoon service or later evening service, in order to be present for dinner and bedtime and whatever else might be going on. I didn’t have to so often call upon my older kids to babysit or watch the stove so I could run out – or wonder so often how much effort I should put in to encouraging them to come with me. (Naturally, some are more interested than others. My six-year-old likes to come, to keep me company and to read the books she finds there – unless she has something better to watch, I mean, do.)

Like many parents, I’ve always struggled with balancing my own religious practice, and my hope that it will inspire my kids to follow suit, against both the demands of parenthood and my concern that they might feel I’m choosing God over them. Will my efforts to pray twice a day impress them with my dedication and inspire them to do the same? Or will they feel neglected by my insistence that, short of a real emergency, my attention for those few moments goes to God? All that angst has only intensified over the past ten months, as have the practicalities of navigating my day around regular prayer (which of course takes more time when I’m going to shul). So one might think I would be relieved at the thought of a return to normal.

Every time I get asked that question – “When are you done?” – I get tense. I don’t want to be done saying Kaddish for my father, and I’m not sure I want to be done going to shul regularly.

Since having kids, praying at home has been a regular practice of which I am fairly proud (many, understandably, don’t maintain it once 1 or 2 or 3… kids enter the picture), but it has also often been somewhat of a joke. Not so much “praying” as “mumbling words while handling a baby or sweeping or cleaning up a spill or pouring more cereal or washing dishes, because there simply won’t be time otherwise, or motioning 8 million times to a kid who should be old enough to remember that no I really can’t talk right now.” I can’t say I have stellar focus in my conversations with God when at shul, but at least there are no dishes staring at me or children yelling. (The six-year-old mostly remembers not to talk to me in shul. And she usually even says some of the prayers.) It’s a start.

Every time I get asked that question – “When are you done?” – I find myself thinking of a principle in Jewish law that comes up, among other places, in the discussions of Chanukah candles. Traditionally, we light one candle on the first night, two on the second night, etc., all the way to eight candles on the eighth night. This process follows the view of the school of Hillel, and one of the reasons the Talmud gives for it is a general principle that “ma’alin bakodesh v’ein moridin – we increase in holiness and don’t decrease” (BT Shabbat 21b). If the Chanukah candles represent a holy mitzvah, how could we light fewer and fewer on successive nights? Sanctity should be aspirational; we should always be moving upward – even, perhaps, if that means deliberately starting small (just one candle) to allow space for growth.

“When are you done?” – How can I be done? After eleven months of not just Kaddish itself (from the same Hebrew root that means holy) but of a sacred practice of communal prayer, the holy determination of dragging myself out the door regularly, even the holiness of the evening prayer specifically (which I don’t otherwise recite regularly) – how can I go back to praying just twice daily, in my chaotic house? How can I go back to squeezing my prayers in around my day, instead of planning my day around scheduled prayers? How can I decrease holiness?

Ma’alin bakodesh. We’re not supposed to be done with holiness; we’re supposed to strive for more and more.

On the other hand, I have to ask myself: What is holiness really about? Is holiness to be found only in the walls of the shul? Definitely not. Rabbinic literature notes often that the Torah was not given to angels – that, in fact, God created humans with physical lives because He wanted us to live those physical lives, and make them holy.

Ma’alin bakodesh – but is more of the same always more holy? We add a candle each night of Chanukah to increase holiness, but a little further on in the Talmud, a sage named Rava states, “It is clear to me that [if one has limited funds and must choose between the Shabbos] candle for his home or the Chanukah candle, the [Shabbos] candle for his home takes precedence, for the peace of his home” (ibid. 23b). Sometimes another choice takes precedence over a simple increase – and is, perhaps, the real increase in holiness.

When I pray at home and allow my kids to interrupt me (within certain guidelines) – that’s because caring for my kids is also holy. Even in the past months, I occasionally stayed home and missed a Kaddish because it felt important to be with one of my kids in that moment – and that’s because my kids are also holy.

When we get caught up in any pursuit, whether it’s a religious aspiration to reach towards God or any other aspect of life, it can be easy to put that above other pieces of our lives. But sometimes, if we can strip away the particularities of the pursuit and think about the values and interests behind it, we realize other things matter just as much, and maybe even for the same reasons. Ultimately, everything we do is driven by who we are at our core.

I don’t know what I’ll do when I’m done with Kaddish. I do know it’s hard to imagine waking up one morning, after 11 months of organizing my days around getting to shul, and simply not doing it anymore. Maybe I’ll be so relieved at the idea of more sleep that I’ll embrace the luxury, or maybe I’ll still go but gradually let it peter out over time. (Probably I should inform my family that I’m considering the attempt, at least.) But as long as I keep focus on my underlying goals and values – the reasons I pray, the reasons I’m raising four beautiful kids, the reasons I strive to live my life the way I do – I won’t be decreasing holiness. As long as I’m striving and making each choice according to my core beliefs, I can raise the holiness bar even in the parts of life that seem the most mundane.