When Success Is Still Challenging 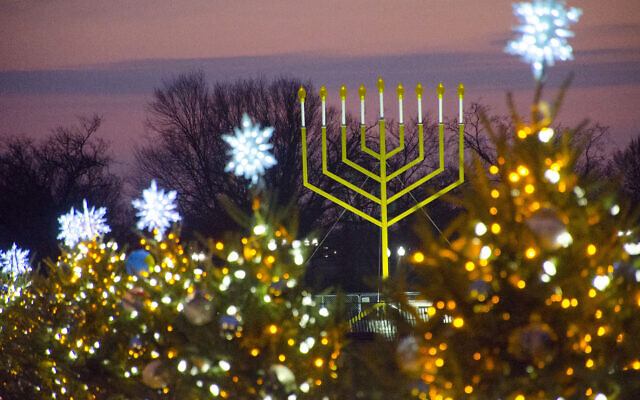 The other night, my wife and I were watching TV when a Christmas ad came up, telling people about “holiday specials.” “But our holiday is over!” I somewhat snarkily said. Christmas simply dominates the American landscape, and I still can’t decide if I prefer whether someone accidentally wishes me “Merry Christmas” (implying it’s something I celebrate) or “Happy Holidays” (which is both bland and eliminates Christians’ religious connection to the holiday, even as the color schemes are all red and green). Even if you’re deeply secure in your Jewish identity, Christmastime reminds Jews that it’s simply not easy to be a minority culture that needs to respond to the majority culture’s assumptions – as almost anyone who is not white, male, straight, or cisgender person can attest on a daily basis.

We see this in Parashat Vayigash, when Joseph brings his family down from Canaan, as immigrants, where they will become strangers in a strange land. As he prepares his brothers to meet Pharaoh, he tells them “When Pharaoh summons you and asks, ‘What is your occupation?’, you shall answer, ‘Your servants have been breeders of livestock from the start until now, both we and our fathers’ – so that you may stay in the region of Goshen. For all shepherds are abhorrent to Egyptians.” (46:33-34) In other words, there was a distinction between “breeding livestock” and “being a shepherd,” and the latter was frowned upon in the larger Egyptian society. Joseph wants to emphasize that distinction, in order to stay in Pharaoh’s good graces.

But when Joseph’s brothers meet Pharaoh, they say that they are indeed shepherds. Why do they say that? As the Etz Hayim commentary notes,

…Joseph was the first of Abraham’s line to grow up outside the Land and be integrated in the highest levels of a foreign society. His brothers, by contrast, grew up in the Land and see nothing embarrassing about being shepherds…We can see this passage as reflecting the healthy self-esteem of a people raised in their own land, in contrast of Diaspora Jews as to what their neighbors think of them. Joseph, despite his prominence and power, does not seem completely secure about his place in Egyptian society and finds it necessary to conceal part of his identity. (284)

Members of minorities often feel a tension as they navigate their environment – can they be their authentic selves, or do they need to put on a facade? How will they be perceived by others? Will they be fully accepted? We recognize obvious negative stereotypes of immigrants, but positive stereotypes (such as being a “model minority”) often backfire, as well, by setting unrealistic standards and norms for minority groups which are set up by the majority. Like Joseph, most minorities have a question in the back of their mind about whether they are valued simply for what they can bring to wider society, rather than who they truly and fully are.

Recently, Professors Joel E. Martinez, Lauren A. Feldman, Mallory J. Feldman, and Mina Cikara published a study entitled “Narratives Shape Cognitive Representations of Immigrants and Immigration-Policy Preferences.” It arose from questions in 2017 as then-president Donald Trump tweeted about regular anti-immigrant stories, bringing to mind negative stereotypes. They wondered whether positive stereotypes might help counter the negative ones, but they discovered the problems with that narrative, as well. As they describe in a Scientific American article:

While representing the academic and professional accomplishments of immigrants is deeply important and uplifting, the fact is that these outcomes are not equally accessible to everyone. An exclusive focus on success-oriented stories glosses over differences in socioeconomic and pre-migration educational status, access to social and cultural capital, work visa approvals, and intersections of immigrant status with structural racism and religious discrimination, which all contribute to disparate outcomes for different immigrant groups—even after one has settled in the United States. As a revision to the adage goes, “it’s hard to pull yourself up by the bootstraps if you can’t afford boots.”

In many ways, Joseph is successful, having integrated into the larger Egyptian society, yet he and his descendants always remain a bit on the outside and often have to make decisions about how they present themselves. Jews, like other minorities, need to navigate both their distinctiveness and their desire to assimilate. And those stories have value beyond their instrumental nature of “what they can do for others.”

As the authors of this study remind us, “The goal of debunking stereotypes is not to replace one extreme image with another, but to represent the full spectrum of a group’s humanity. That many of these stories are conventionally inspirational does not diminish the importance of amplifying and celebrating the voices of all immigrants, from professors and doctors to single parents and service workers.”

Joseph and his family move through the challenges of being both a part of and apart from their majority culture, and as the Rabbis note, even keep their language and dress separately. As Jews move through the Christmas season, may we celebrate both our uniqueness and our connection to the larger American society. And perhaps even more so, may we recognize how other minorities, too, need to wade through these waters, reminding us that even material success has its own cultural challenges.