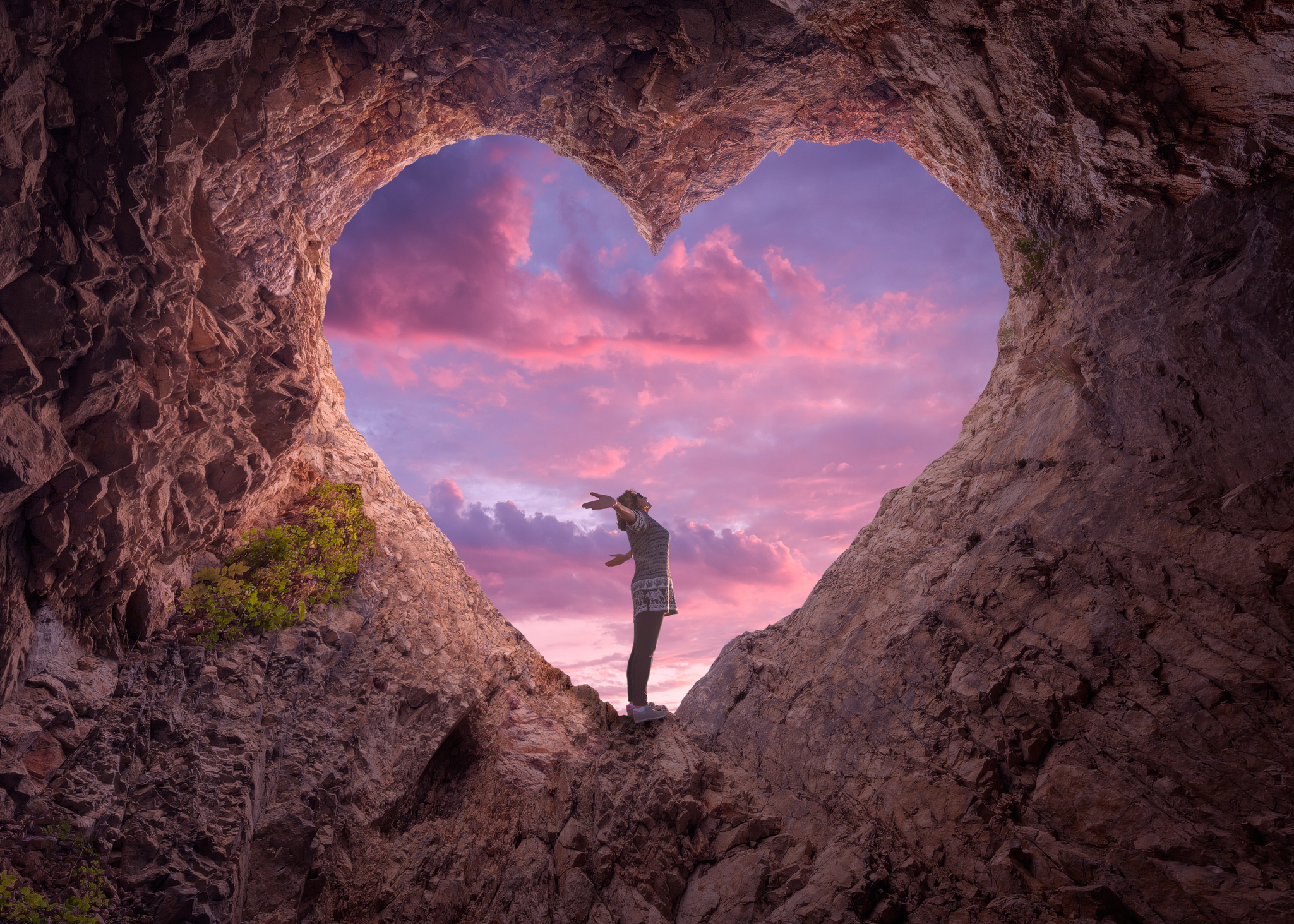 Probably because it’s the month when Valentine’s Day is celebrated, February is often thought of as the month of love, but for me, it’s even more than that. I believe that it’s not only a time to celebrate romantic love or love for one’s friends and family, but also a reason to celebrate the universe and all who inhabit it. In other words, it’s a time to honor all sentient beings.

Perhaps the reason why I feel this way stems from my childhood. More specifically, it’s because of some traditions spearheaded by my father. Dad was a store manager at L.H. Martin Stores in Brooklyn, New York. He called it a “dry goods store,” and it was basically a mini-Target without any perishables. After the end of the Christmas rush when all the holiday decorations were put away for the following year, the Valentine’s Day decorations and treats were displayed. Even before customers could get their hands on heart-shaped boxes of chocolate, my father would bring home a box for me.

Each year until I moved away to go to college, on the actual holiday on February 14, Dad would come home with one of those oversized cards that said: “To a Wonderful Daughter.” Along with it, I would receive another big heart-shaped box of mixed chocolates. Coupled with his other adoring expressions, these gestures symbolized his profound love for me. I think he also bought my mother a box of chocolates, but it was usually smaller because she often claimed to be on a diet. This tradition continued until I got married and had children, at which time, my children became the recipients of those heart-shaped boxes.

My father died in 1991, but I continue to keep my memories of him close to my heart. I also honor him by keeping up his traditions. Dad and I were very close, and his passing left a huge hole in my heart.

This year marks the 75th anniversary of the liberation of the Holocaust survivors, and Dad was among them. As a survivor, he cherished every day he had on this earth. Unlike my mother, who leaned more toward the darkness, he practiced gratitude each and every day, always happy to wake up in the morning.

After losing his parents and much of his family in the Holocaust, Dad decided that religion separated people and also created wars. Like many others, he chose not to follow the Orthodox Jewish traditions of his youth, when he was growing up in Germany. He was not alone in his belief that Judaism was more of a culture than a religion. To pay homage to his heritage, he graciously followed (in a minimalistic manner) the traditions of both Passover and Yom Kippur, two of the holiest Jewish holidays. Twice a year, my mother, father, and I drove an hour from our home in Queens to New York City to his only surviving brother’s home. There, we celebrated the Jewish High Holy Days.

Had my Uncle Bob not kept up these traditions, I doubt my father would have initiated any of them in my childhood home. It’s been said that we’re often influenced by the belief systems of our spouses, so I believe my father’s shift was partly due to my mother’s worldview. Strangely enough, my mother was an anti-Semitic Jew raised in Vienna who emigrated to the United States before World War II. She was not a master storyteller, so she never spoke about her beliefs; therefore, I never really understood why she rebelled against anything Jewish.

My father, though, was all love and grace. Whatever he did, he did with his whole heart. Like the Dalai Lama, he even felt compassion for people who inflicted harm on others. He always reminded me to take the high road, and that if people were cruel to me, I should simply smother them with kindness. Sometimes that wasn’t the easiest thing to do. When I got married and had children of my own, I followed in my father’s footsteps by adopting his philosophy of life–that is, I taught my children the power of love over hate.

When we sent our 17-year-old daughter away to a residential rehab facility for drug addiction, she was asked about her belief system. Even though the first of her many tattoos was a Jewish Star of David on her lower back, which she kept hidden for many years, she wasn’t really a practicing Jew. She would tell people that she was Jewish but not religious–another testament to the idea that Judaism is often considered to be a more cultural belief.

For the sake of the rehab facility’s protocol, they insisted she choose a “higher power.” I was delighted when they told me that she’d chosen “love.” As difficult as it was sending her away to rehab and wondering what I’d done wrong as a parent, hearing that she chose love made me feel as if I must have done something right.

While the term “higher power” is mostly used in 12-step programs such as AA, it’s often referred to as a power that is greater than ourselves, such as a deity, God, Buddha, Bodhisattva, or Spirit. I truly believe that love definitely fits in that category.

So as a woman in her 60s, my religious/spiritual beliefs have certainly evolved over the past six decades. I’ve come to believe over the years that I am culturally Jewish, but my higher power continues to be love. Even though my father sometimes referred to God, I refrain from doing so.

In fact, when I look up to the sky, I don’t see God, a spirit, or a deity–I see an entire universe. And while looking at that massive universe, I also believe that our higher power lives inside each and every one of us, and the most important way to express love is to honor and respect ourselves. We cannot respect others if we don’t respect ourselves first!