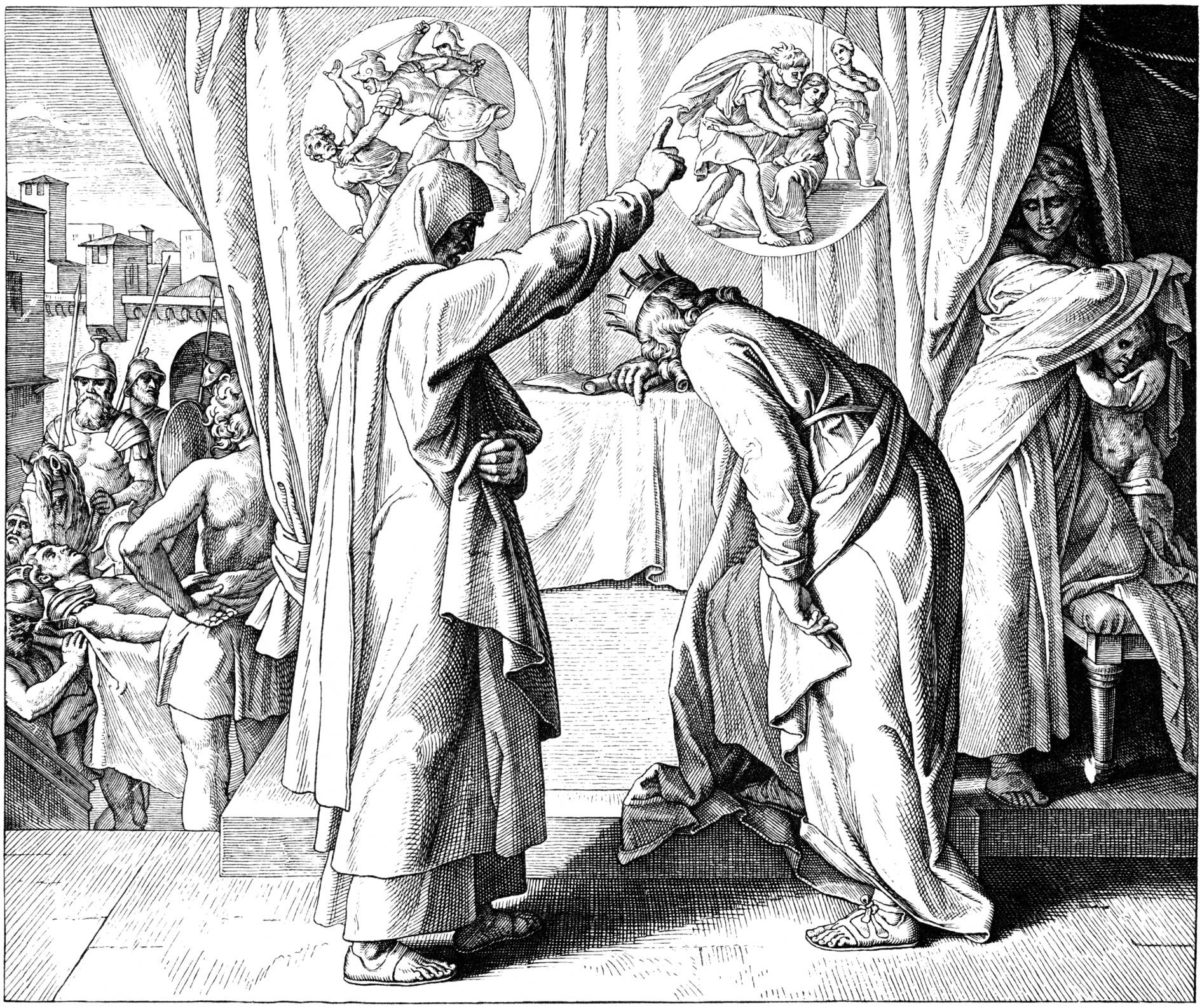 I am thinking about King David.  Yes, the Jewish hero king, who unified the southern and northern kingdoms 3,000 years ago, declared Jerusalem our spiritual center, and killed the giant Goliath.

I have often thought about him when our nation is riveted by scandal and riven by discontent.  I have thought about David before–first when Professor Anita Hill testified before the Senate Judiciary Committee (yes, I am that old), and then when President Clinton evaded telling the truth about his affairs, and now again as I watch Dr. Christine Blasey Ford’s testimony and Judge Brett Kavanaugh’s denials.

King David was an extraordinarily powerful man.  He also had unrivaled character.

One day, David spied Batsheva bathing on a rooftop near the palace.  He wanted her. It did not matter that he was already married, to five women no less.  He sent his servants to have her brought to the palace.  They had sex.  She became pregnant.  David became nervous that his wrongdoing, and abuse of power, might became known, so he had Batsheva’s husband, Uriah, brought back from the front.  He was a devoted soldier and loyal military captain.

David tried to convince Uriah to go home to his wife and sleep with her, but he refused.  His soldiers were engaged in battle and so he slept in the doorway of his home.  Uriah was a Hittite and showed more loyalty to his soldiers than the king who was too busy drinking and partying while his soldiers went to war.  David ordered Uriah back to battle, accompanied with a message to his commanders.  “Put Uriah at the front and then withdraw from his position.”

Uriah was killed.  Batsheva observed the mourning rituals.  She and David were then married.  The secret remained with the king and his advisors.

Enter the prophet Nathan.  He confronts David.  He knows about the king’s adultery and murder.  He offers a parable to elicit David’s remorse and shouts, “You are that man!”  And then David does the most unexpected of things.  He does not kill the prophet or castigate him or even have him removed.  Instead he offers one word: “Chatati–I have sinned.”

It is not about David’s conquering of Jerusalem or his slaying of Goliath.  It is instead that he was able to look within and say, “Chatati–I have sinned.”

That’s really the most important word any person, and most especially any leader, should say and be able to say  Those are really the only words that can undo–however partially–whatever wrongs we may have committed.