What If Accepting LGBTQ People Is A Matter Of Life Or Death? 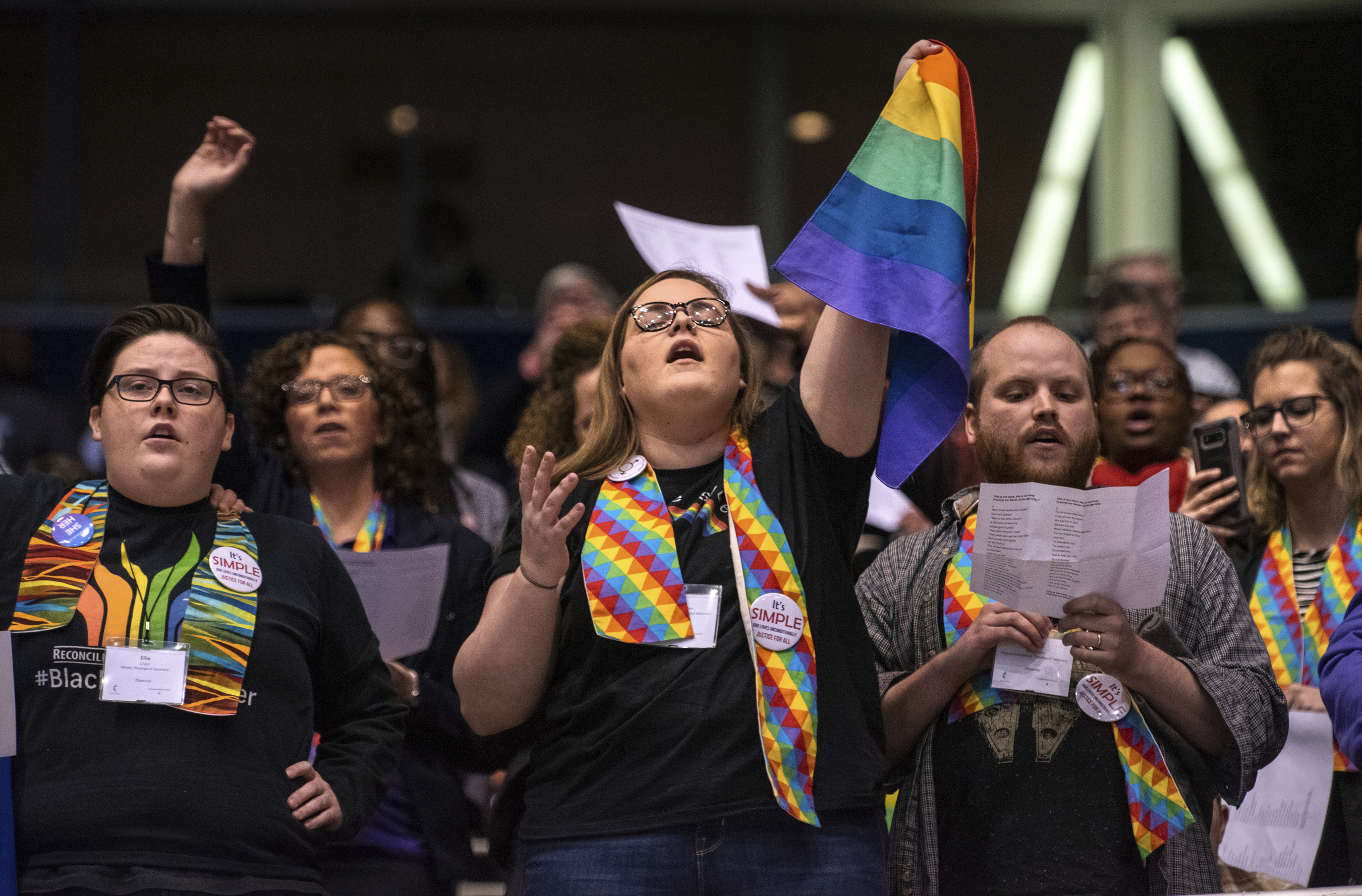 Last week the United Methodist Church, a sister denomination to my own, voted to reject a “big tent” proposal that would allow those clergy and congregations who fully affirm their LGBTQ brothers and sisters to remain in communion with those who do not. For those who hold traditional, non-affirming positions on the subject, the vote was hailed as a victory. For those on the other side (if sides there must be), it was a day of heartbreak and grief.

A month earlier, my own denomination–which is non-affirming in that it officially does not allow LGBTQ people to hold positions of church leadership–reissued its own statement on the sanctity of all human life. This came in response to a set of American laws recently passed; not on the rights of LGBTQ people, but on abortion. As a denomination we condemn abortion because, in our view, abortion involves the termination of life; life that is valuable to God and, therefore, valuable to us.

In the confluence of these two decisions I wonder: why don’t we evaluate our doctrines on gender and sexuality through the same lens with which we evaluate abortion? What if our theological perspective on our LGBTQ brothers and sisters was filtered through an affirmation of the sanctity of life and its corresponding repudiation of practices that lead to death?

Statistically speaking, religion acts as a layer of protection against suicide for its adherents, insofar as those adherents are heterosexual and gender-conforming. When they are not, religion becomes a predicate for self-harm: suicide rates increase dramatically among LGBTQ youth in non-affirming faith communities compared to their secular LGBTQ peers. LGBTQ youth also make up a disproportionate percentage of homeless teens because of the reality that religious parents are statistically more likely to expel LGBTQ children from their homes. Beyond the statistics, I have heard the stories of my LGBTQ brothers and sisters when they come up against the exclusion of the church and non-affirming doctrines: the shame, the pain; the glaring temptation of self-harm and suicide and, in some cases, abandonment at the hands of their churches and friends.

The statistics and stories should bring us to heartbreak and humble re-evaluation. Faith communities like mine who believe in the equal dignity of every human being, womb to grave, must revisit the doctrines that contribute to these real harms. If life is holy, shouldn’t we reconsider doctrinal statements and practices that are proven to increase rates of suicide? If individual lives are indeed precious to God–and therefore us–why should we stand unmoved on an orthodoxy that leads to family rejection, homelessness, self-harm and marginalization?

I often wonder why conservative churches like mine didn’t confess our need to start over, theologically, when it became clear years ago that conversion therapy was a violent hoax. For years, evangelical ministries like Exodus International promised that gay, lesbian and bisexual Christians could be treated with conversion therapy and turn straight. But in 2007, leaders of Exodus came out with public apologies for their work, acknowledging that conversion therapy not only didn’t work, but actually caused harm. Once it became clear–ethically, scientifically, morally, spiritually–that LGBTQ people cannot opt out of their sexuality or gender identity, why didn’t we in the church significantly change our point of view?

I know why of course: Scriptures in both the Hebrew Bible and the New Testament describe same-sex relationships (well, acts, not really relationships) in entirely negative terms. These texts are scanty compared to, say, those admonishing people of faith to welcome strangers and not oppress the poor. Nonetheless, they hold mighty sway in denominations like mine. Our language on the subject has softened and become more nuanced over the years, but policy-wise there has been little change in how we heterosexual believers welcome our LGBTQ brothers to worship and serve in our congregations.

It feels late–tragically late–to say, but we must consider not only the scriptural origin of our theological interpretations, but the fruit of those interpretations as it manifests in our families and communities. And when that fruit is consistently death, estrangement or abandonment, we must allow for the possibility that it is our theology that is at fault. We must question whether our confidence in a particular religious doctrine has overshadowed the greater theological truth that people are precious in the eyes of God and their lives worth fighting for.

Jesus did this so many times in his ministry: healing a man on the Sabbath, keeping a woman from being stoned to death, and allowing his disciples to gather food on a day it was forbidden to do so. I have heard these stories used to establish theological superiority (grace vs. law, etc.), but their value has always been beyond that. They force us Gentiles to reckon with the still-practiced Jewish interpretive principle of pikuach nefesh, wherein one chooses to save a human life even when it requires disobeying a revealed law of God. If we can grasp the wisdom in such a principle as it relates to the Sabbath, why would we hesitate from applying it to our doctrines on and practices towards our LGBTQ brothers and sisters?

Religious communities like mine must approach the question of the full affirmation and inclusion of our LGBTQ brothers and sisters through the lens of life and death. And where it becomes clear that our doctrines are aligned with death and curse instead of life and blessing, I hope we will choose life.