What I Want My Kids To Know About The Holocaust 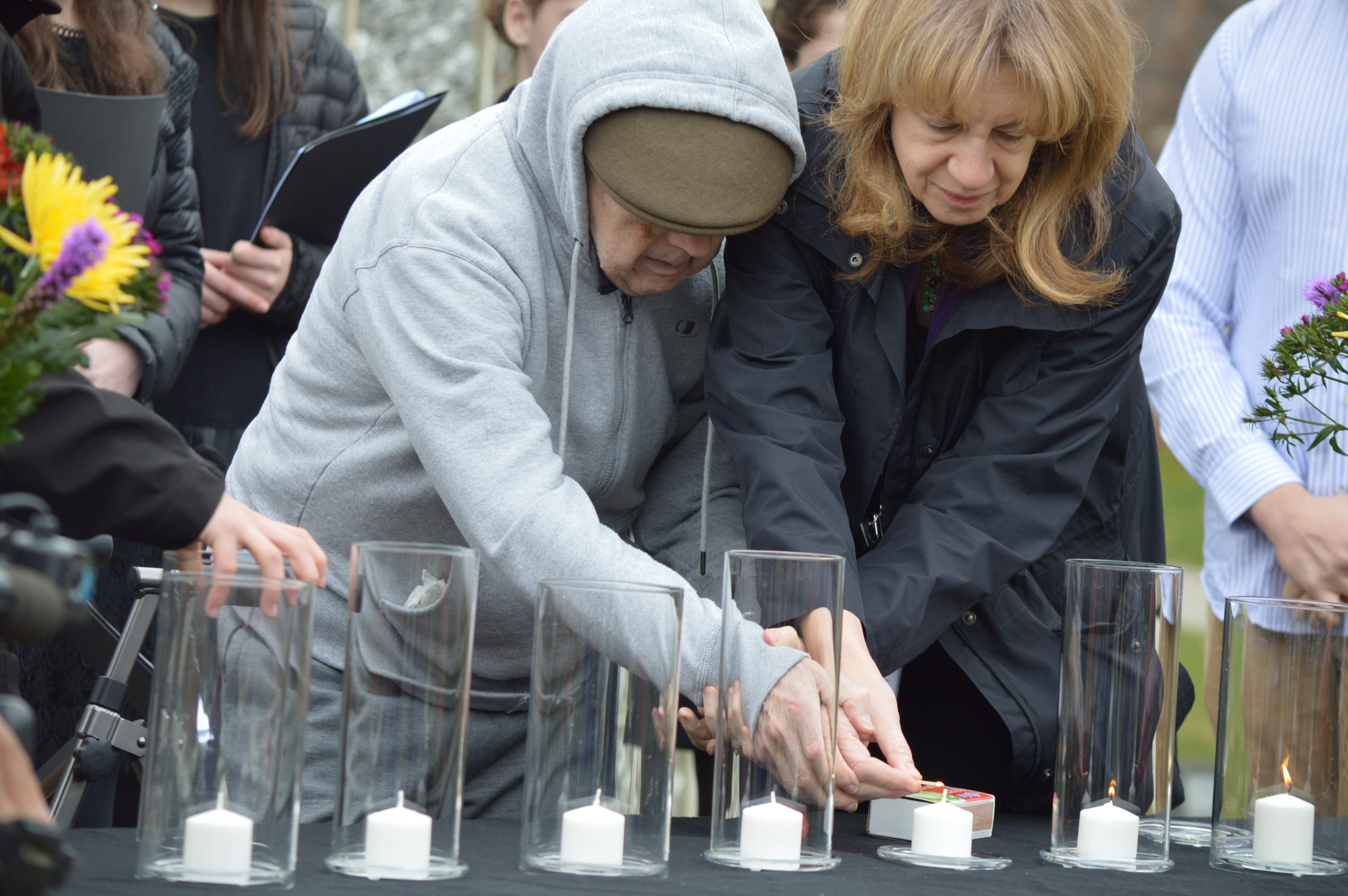 I’ve been complaining for years that my children’s school overemphasizes the Holocaust in its education, but now that my youngest is graduating, they have started to get it right. It’s not that I don’t want my kids to know about the Shoah, but I also want them to know about broader Jewish values, who the people who were killed were, what they stood for, why Jews have been distinctive, and how we might understand these lessons in our lives today.  Children need to learn the atrocities that occurred in the Shoah, so as to be able to answer both Holocaust deniers, as well as those who are just ignorant of what happened, a number sadly growing, at least in the US.  Yet, I do not think that learning about the Holocaust should be mainly about the atrocities committed.

For me, the Shoah is not just about what happened during the war years.  I want us to commemorate the Shoah by both remembering who the people were who were destroyed, and what they believed and stood for and lived for before the war, as well as looking forward to seeing how we might use things we learn from that time to make sure the things that happened then do not continue to happen in the world today.  The late Yaffa Eliach’s book There Once was a World and the accompanying exhibition of photographs from Eishyshok , the town she is from, at the United States Holocaust Musuem, is one such example of trying to come to an understanding who the victims were.

To take lessons forward, in a world where, according to the United Nations Refugee Agency there are 22.5 million refugees, we need to think about what not having a safe haven as Jews during those years meant to us as individuals and as a people and how we might change the way we were treated.  A new anthology, The Displaced, edited by Viet Thanh Nguyen has writing by 17 refugee writers, four of them Jews(David Bezmogis, Ariel Dorfman, Lev Golinken and Joseph Kertes ) on their experiences as refugees.  In the introduction, Nguyen quotes art historian Robert Storr who calls the Vietnamese people “the displaced persons of the world’s conscience. ”  Nguyen writes movingly that “to become a refugee is to know, inevitably, that the past is not only marked by the passage of time, but by loss–the loss of loved ones, of countries, of identities of selves.”

“Namaste” and a slight bow with hands folded together is how the speaker at the Yom Hashoa program at my children’s school opened his remarks.  Rup Pokharel spoke about how he maintained his Nepali language, distinctive dress, religion and names in Bhutan and then of his eighteen years in a refugee camp before immigrating to California. He spoke of his sadness as a child at no longer being able to learn Nepali in school while some of his classmates were only happy at having one less subject to learn.

Pokharel’s story of how his group of refugees maintained their uniqueness bore striking parallels for me to the story we had just told last week at our seders of how Jews in Egypt retained their uniqueness through dress, names,  language and religious practices, that those were things the Egyptian taskmasters could not take away.  Tyranny and its mechanisms for installing itself remain oddly constant.  I was also moved to hear how his mother teaches her grandchildren Nepali now and how he moved to Pittsbrugh from California so his father would have others to speak his own language with, as there is a larger Nepali community in Pittsburgh. Pokharel works in refugee resettlement for the Jewish Family and Children’s Service of Pittsburgh.

I hope Jews can be a model to other communities of how to retain identity in exile, as Rodger Kamenetz’ account of Jews teaching the Dalai Lama The Jew in the Lotus demonstrated.  Pokharel’s talk helped solidify my commitment to encouraging the United States to take in more immigrants, and I am glad my kids heard the message of the need for this action in his words.

Beyond being aware of the plight of refugees and what we might do to help those who are currently refugees, what else is important to commemorate on Yom Hashoa, now and in the future?

Perhaps something that might help refugees recapture some of who they were before being displaced and driven from their homes? One of the most moving testimonies I have seen to this is a video by the group Koolulam, whose  purpose is to harness the joyful power of singing in community. Koolulam is, according to the Times of Israel, a ” social initiative that organizes mass singing events.”  The name is, according to that article, “real play on the English word ‘cool,’ the Hebrew word kulam (everyone), the Hebrew word kol (voice), and ‘kululu,’ the joyful ululation sound”;  the group has done events at children’s hospitals and for Israel’s Independence Day.

This video, filmed at Beit Avi Chai in Jerusalem, shows great-grandparents, grandparents, children, grandchildren, great-grandchildren rejoicing together in being alive and in the state of Israel.  When one looks at the faces of the people singing and thinks about the possibilities, the families and individuals that exist because of the survival of individuals, one feels grateful and moved.  These people are singing and feeling joy at their survival – no one can take that away from them. Being able to transmit culture is at the heart of why we want to be alive.

What I want my kids – and others – to know about Judaism, is that, among other things, it encourages its adherents to access all permitted sources of joy.  That is a great deal of what the pleasures of Jewish time, of the Sabbath and holidays and of Jewish text study are about. I want my kids to know that the reason we want to survive is to continue to practice as Jews, to understand why the religion has value and beauty. If we want to think about what Judaism means in our world, we need to carry those messages to helping others so one day there will be no more refugees.   I think in today’s world, we must focus on the positive that Judaism connects us to – to sing, to be alive, to feel joy.

I want our commemoration of the Shoah to look to the future to eliminate the plight of refugees and to the past – to find the joy in Judaism that generations past lived and died to maintain.