What Defines Winners and Losers? 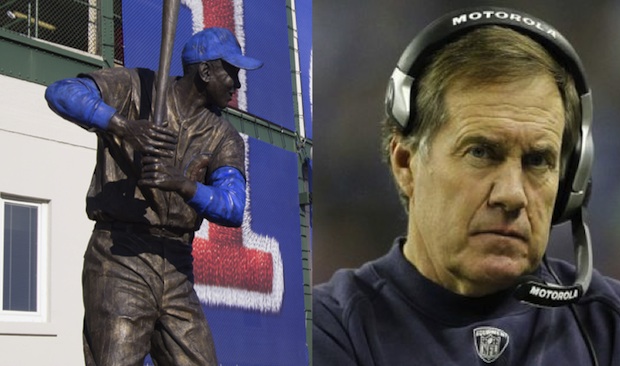 In the last week there were two big sports stories that invite us to think about what defines winners and losers. The Super Bowl-bound New England Patriots were accused of deflating footballs in their 45-7 win over the Indianapolis Colts in the AFC title game. Especially in the cold and rain, underinflated balls (did I really just write that?) are easier to handle.

Though Patriots coach Bill Belichick and star quarterback Tom Brady denied any knowledge of underinflated footballs, or of breaking any rules, football players past and present believe it was impossible for anyone but the quarterback and/or coach to authorize tampering with the footballs.

To whom do we give our attention and admiration? Our choices (not just in sports) define our culture.

This isn’t the first time the surly Belichick has allegedly cheated. In 2007, he was caught recording opposing coaches’ signals; he was punished with unprecedented penalties. Belichick’s winning record (he’s won 14 division championships and has been to five Super Bowls, winning three) makes him one of the most respected and hailed coaches in football history? – and paid accordingly.

Last Friday, baseball Hall of Famer Ernie Banks, the Chicago Cubs’ first Black player – who spent his entire 19-year career with the Cubs and was one of the greatest hitters of all time – died at age 83. Banks hit 512 home runs, and played in 14 All-Star Games. However, he was most famous for playing the most games of any baseball player – 2528! – without ever winning a championship, or playing in the post-season. Despite never playing on a winning team, his nickname was “Mr. Sunshine,” because of his cheerfulness, positivity, optimism, and his eternal faith that someday the Cubs would go all the way.

One famous story about Banks is that on a really hot, humid, ugly day in Chicago, Banks walked into the locker room and proclaimed, “It’s a great day for baseball. Let’s play two!” – a catchphrase that adorns his statue outside Wrigley Field. In 2013, Banks received the U.S. Presidential Medal of Freedom, not only in recognition for his outstanding career but for his contributions beyond his playing days.

So, who would you want to be? Who would you want your children to model themselves after? A bad-tempered, cutting-corners coach who won more division titles, and appeared in more Super Bowls, than any other coach? Or an eternal optimist, the grateful Mr. Sunshine, who never played for a winning team?

Wisdom traditions teach that the God many of us no longer believe in won’t ask us how many championships we won in life, but may well ask us: Did we deal ethically in our business? Karma suggests that Coach Belichick will lose the Super Bowl for the third time this Sunday – but Karma is terribly unpredictable. What we can control is to whom we give our attention and admiration. Our choices (not just in sports, but also in entertainment, business, politics and finance) define our culture.

So who in your life is a winner?