Understanding Why We Fight 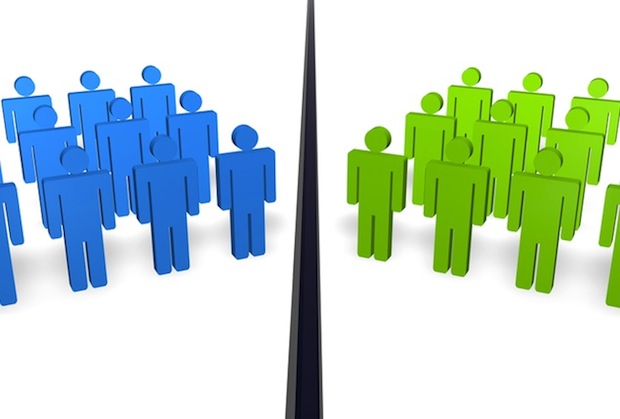 The news keeps getting worse, be it from Ferguson, Missouri or Ukraine. In each case, a day or two of calm is followed by a new act of violence. And as that happens, it’s only natural, and perhaps even wise, to look for explanations. After all, we tend to assume that if only we could understand a problem, be it global, familial or inner-personal, we could fix it. Not so fast.

Can you really fix a problem generated by a-rational thinking (not based on or governed by reason) with a purely rational response? I think not, and failing to appreciate that may be hindering our ability to solve a whole variety of serious problems in the world today. Even if it were true that understanding necessarily leads to solutions, that urge may be part of the problem. Our desire to find explanations often seduces us into thinking that we have found them even when we have not, at least not adequate ones. And despite a great title, a recent piece by Paul Krugman in the New York Times proves that even really smart and well-intentioned people can fall prey to this tendency.

Krugman offers a rather interesting analysis of why we fight – one which boils down to a combination of potential economic advantage and short-term political advantage. A similar, though less extreme, argument regarding economic reason for why we fight is offered by Elizabeth Kneebone of the Brookings Institution. In each case, the authors offer purely rational motivations for why we fight, and that is where they run into problems.

My guess is that the authors have identified why they might fight, or at least how they can understand why others fight, but they also miss a whole range of reasons that fuel the fires of violence and hatred – reasons that might be odd for people like Krugman especially, but seem to operate quite powerfully for others.

Let’s take Russia and Ukraine for example: Russians have over a thousand years of Imperial history and identity, and whether it makes economic sense or not, they would hardly be the first people to fight to honor their sense of identity and make sense of who they are in the world. Russians also have a powerful national narrative which celebrates their ability to suffer for a cause, especially when doing so flies in the face of short-term expediency.

And if all that is not enough, there is the simple fact that millions of Russians feel a deep kinship with millions of Ukrainians – a kinship which justifies, if only in their minds, the risks and losses associated with their ongoing border war. That sense of kinship, by the way, should be understandable to all Americans who take pride in the fact that most Congressional Medal of Honor winners received the medal not for killing lots of the enemy, but for a-rationally endangering their own lives to save the lives of their brothers and sisters in arms.

To be clear, I am NOT comparing Medal of Honor winners to Ukrainian separatists or their Russian supporters. I am simply reminding us that if we want to successfully address global violence and social unrest, we better give appropriate attention to the motivations, often a-rational, that we don’t understand, along with the ones we do. We better be careful about assuming that why ‘we’ might fight, others may be doing so for very different reasons.

There are many ‘we’s’ fighting in the world right now. We would do well to understand their fights on their terms, not simply explain their fights on our own terms. That’s the difference between explaining a fight, and explaining it away.