Trying One Thing A Day, However Small, Makes Big Changes 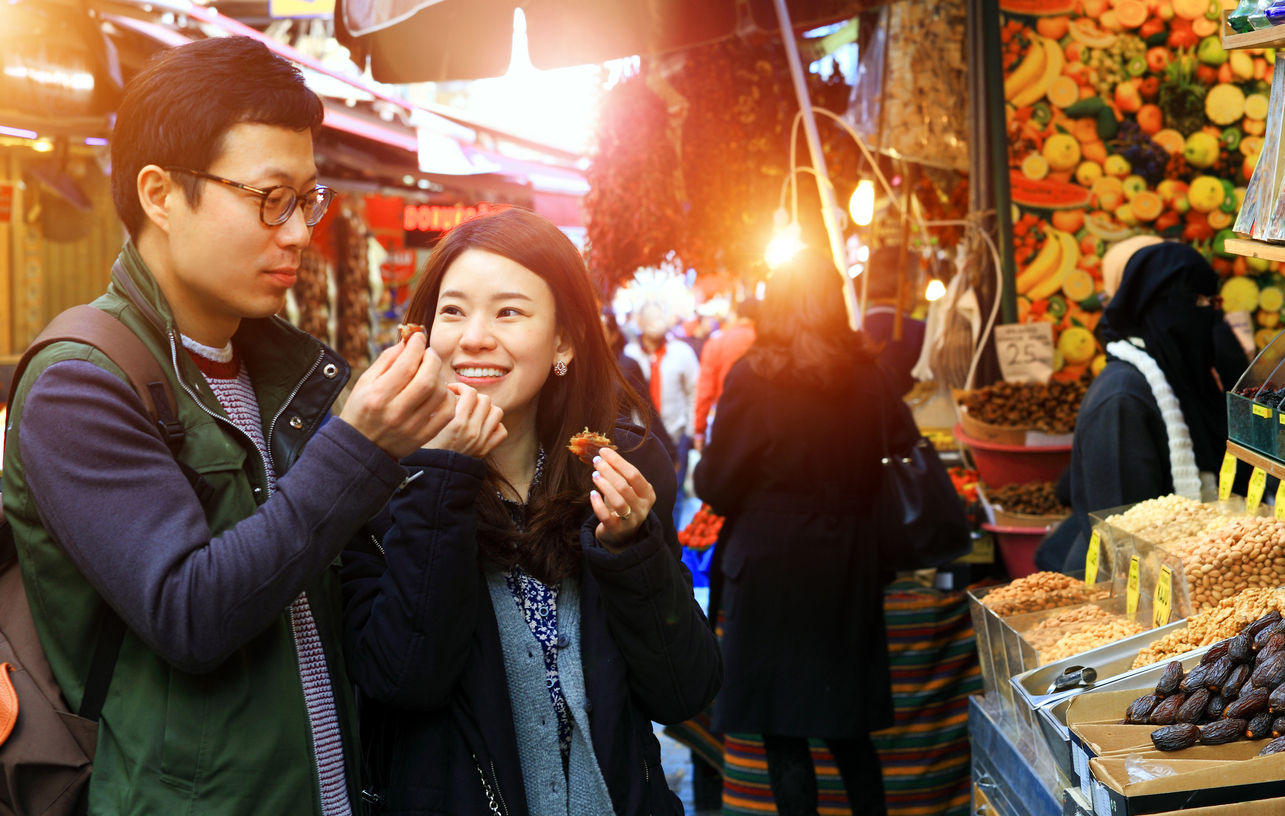 Remember when you were a kid, and the most mundane moments in life felt magical? When I was younger, a simple summer walk down the block or a ride on a swing at the local park could elicit pure, uninhibited joy.

These days, finding that level of excitement even once a year can be a major feat for many of us. The stresses and monotony of adult life don’t exactly lend themselves to novelty or unexpected bliss–unless we go looking for it. While I embrace the fact that my emotional life changes as I get older (we hardly need a bunch of five-year-olds trapped in middle-aged bodies skipping off to the office), I refuse to accept that I’m “supposed” to stop finding the world joyful or interesting now that I’m entrenched in an adult routine.

As a writer, I need to seek out that sense of childhood novelty as a source for creativity. As a human being, I need to stay open to it to be sure that I’m making the most of this life I’ve been given. A few years ago, as I was starting to panic about my inner sense of wonder disappearing, I found a personal key to approaching life with that long-lost sense of magic: I set out to experience one new thing every day.

This routine was first inspired by the famed advice (usually attributed to Eleanor Roosevelt) to do one thing each day that scares you. For a few years, I aimed for this–and, since I’m an anxious person who is skittish about a lot of everyday things, I managed to tackle something scary to me at least every few days. Over time, though, my routine evolved into simply seeking out the new each day. Focusing on the novel over the scary is easier to squeeze into busy days, and since new things are often scary in their own way, this combined two growth hacks into one.

Occasionally, I’ll focus on a bucket list item like flying to a new country or learning a wild new hobby, but most of the time, the new things I do are delightfully boring. On an average workday, when I don’t have much capacity to dream up some crazy new adventure, I might try a new type of coffee, take a different route on my morning walk, or read a chapter of a book genre I’m unfamiliar with. Sometimes, I’ll try a task that intimidates me a bit more, like reaching out to someone in my field I admire but have never spoken to, or going to a new-to-me local event where I don’t know anyone.

The goal is to keep the habit low-key, and to grow or shrink the challenges to however much energy I have available to devote to them at the time. I have plenty of other things on my to-do list that I feel guilty about not giving enough of myself to–this adventure is meant to enrich, not to add to that list of stressers.

My “adventures in the brand new” are rarely earth-shattering, but they break up a sense of dull predictability in my day-to-day and reconnect me with my younger self, who saw beauty in every pocket of the world. These tiny adventures have also been a game-changer when it comes to managing my anxiety. As someone who tends to fear that there’s an unpredictable life change around every corner waiting to uproot me, this habit has helped me to see that not all of life’s surprises are negative, and that there are just as many good unexpected changes that could show up out of nowhere and change life for the better.

Perhaps most importantly, the habit reminds me that there’s no written rule that I have to keep following the same routines and thought patterns I always have just because I’ve been doing them forever. New activities, no matter how simple, illuminate the fact that there are millions of ways to live this life and to go about a daily routine. We’re all free to switch ours up anytime we want. I’ve come to feel that it’s vital for our souls to be able to point out ways in which the world is inherently good, even when we’re going through tough times. Trying new things is what helps me get there.

Here’s how to start: tomorrow, from when you wake up in the morning to when you get home at night, keep your eyes peeled for any new or unfamiliar opportunities that pop up. Then, as you come across those new things, try them. No matter how small those things are. Then, get ready to feel a bit more alive. It’s that simple!

If you have more time or energy to devote to the practice, start off your new habit by writing out a few bucket list items you’ve always wanted to try, both big and small. Then, you can either pre-plan a few of those events or simply keep those ideas in the back of your mind as you go through your days. If you want to take things even further, you can journal about which new adventures you conquered each week and what you’ve learned from them.

None of those extra steps are necessary, though–they’re just add-ons to make things more fun. It’s all as simple as this: Run towards the unfamiliar, instead of away from it. If you’re anything like me, this will open you up to a whole new world, and you just might feel more creative than you have in years. Cheers to new adventures!

Claire Hannum is a writer and editor whose work has appeared on SELF.com, The Frisky, The Huffington Post, Brooklyn Magazine, and The Financial Diet. She's also a frequent traveler, and writes about her explorations on her blog, Daycation. She lives in New York City.