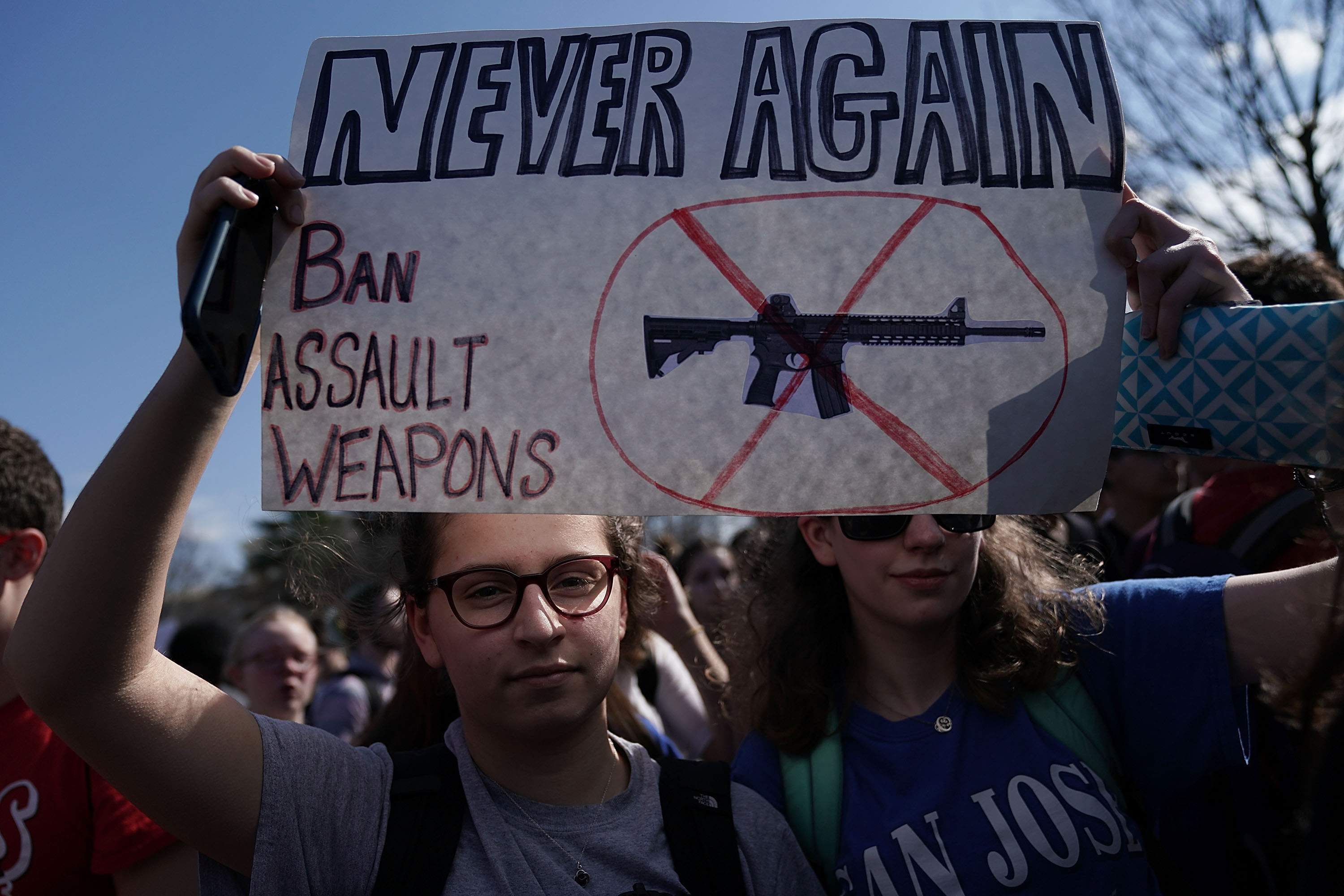 Rabbi Abraham Joshua Heschel is remembered for saying that when he marched alongside Dr. Martin Luther King in Selma, he used his legs and feet to say his prayers.  So, if marching is praying outside, are there ways to march in our places of worship?

The occasion for this question for me is a very different moment looking across different ground, but nevertheless, a call to march in the name of a powerful cause that speaks to me in the words of our tradition.  This Saturday, in Washington DC, and in cities all over the world marches will be held, organized primarily through the efforts of the students like those from Parkland who have spoken with clarity and passion for new gun regulations and a counterpoint to the inaction that ultimately has prevailed for decades.

There is hardly unanimity as to policy among the students and, certainly there is great division in the country on whether guns and gun laws should be the focus in the first place.  There are many ways that have been proposed and people I respect who disagree about the best way to ensure the safety of children in schools. But, I feel strongly that the path forward must address and question assumptions about the effect of such easy access to weapons designed to deliver lethal force with maximum efficiency.  I believe in this March as I have believed in the National School Walkout and other actions taken to call for a change.

For me, the question is about Shabbat, a day that many Jews celebrate and observe by not traveling or doing other workday activities and spending particular time in prayers at synagogue.I will be in my synagogue leading services, but, even were I free to travel at the time of the March in my city, I have decided that I would not, even though I recognize and am open to the argument that such protest can be seen as an act of engaging in saving a life that overrides any Sabbath observance. In fact, I draw personal inspiration for both my own practice, and the opposite choice of other Sabbath observant Jews in the reading from the Torah that will be done this week in synagogue, the portion called Tzav, command.

In relating the instructions regarding the altar in the Temple Sanctuary, Moses is told to keep an eish tukad al hamizbeach tamid, a fire that burns upon the altar continuously.  What is this fire and what is learned by the emphasis on the word tamid, continuously?

Many are familiar with the ner tamid, the eternal candle, symbolized in synagogues today by a flame or light that is kept illuminated above the ark.  According to the Sages a fire, esh, is the source for lighting that candle.  The candle is singular, but the fire is defined by being made up of more than one flame. And the fire must be fed, kept alive and strong. Even on the Sabbath itself, when adding new fuel to a burning fire would normally be forbidden. That requirement to override the Sabbath to keep the fire burning is learned from the words eish tamid.

And so there are many flames to our holy fire.

Some will march without a thought of the Sabbath. Some will not, even though they support the cause. And some will feel strongly on principle against both the event and the cause.  Each may draw their flame from the same fire and rely on others at times to keep the fire itself from going out.

So, as many of those who march experience praying with their feet, I will march with the celebration of Shabbat, Torah study, and commitment to keep feeding the fire each day.