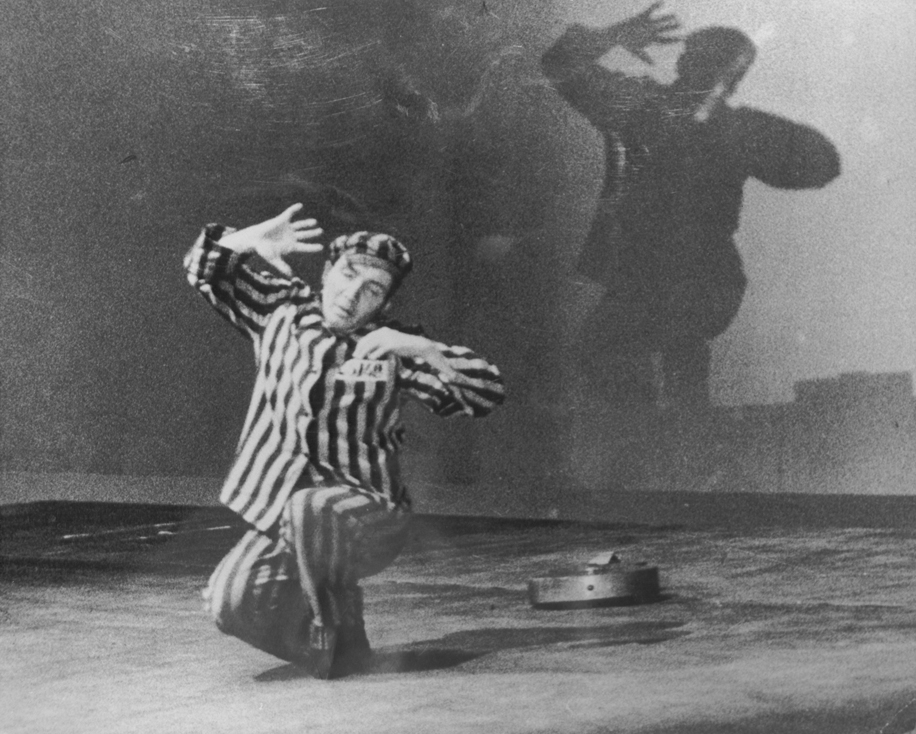 We are so soaked in Holocaust stories, images, reflections etc. that even the once shocking line I chose for the title of this piece is itself no longer something shocking, at least for most people.  It does, however, remain deeply true that the Shoah “Business” is like no other – for reasons that are sometimes good, sometimes bad, and sometimes a bit of both – and I find myself wondering if I have become, if only temporarily, yet another denizen of this successful industry.

Last week, I had the pleasure – still unclear about whether or not it is also an honor – of writing a piece which broke records for both The Wisdom Daily and for any piece I have written for it.  The piece, Billy Joel Wore Yellow Stars At His Concert Yesterday, was about exactly that.  It was a reflection on why it matters and what I think we can all learn from what I consider to be his wise, and possibly heroic, approach raising a voice of moral conscience without moralizing harangues or pompous invectives.

That’s all well and good, I hope, but that is not all that the piece was about, and that has me a little concerned.

I cannot escape the fact that, not only was this the most read, shared, and “liked” piece I have ever written for TWD, it comes on the heels of another hugely popular Holocaust-related piece we published about Sophie Scholl and the White Rose movement.   Don’t get me wrong, I am proud of what I wrote, totally inspired by both the Scholl post, and video based on it.  I am just struck, and concerned, by the fact that there really is no business like Shoah Business.

I want to be clear that forgetting the Holocaust would be obscene, so some continued attention is not only appropriate, but necessary.  I even appreciate why in these past weeks; the urgency to pay attention is especially acute.  On the other hand – and yeah, like it or not, there is another hand – I worry when such material garners more attention than anything else, as is so often the case in general, and for my recent work in particular.  What is that about?

Truthfully, I don’t fully know.  But I do know how easily we all seem to gravitate toward things which build identity, and create meaning, out of the bricks and mortar of fear and victimhood.  I know that having clearly defined enemies on the outside can just as easily become an excuse for not really knowing who we want to be on the inside.   They, whoever that “they” may be, remind us who we are, and as long as we, whichever “we” that may be, feel great because we are better than they are.  It’s all so simple… and so dangerously wrong.

Don’t get me wrong, Nazis are the bad guys in the global human drama, but our attraction to stories about them – should they really grab such a disproportionate measure of our attention?  At the very least, that question should make us all go… hmmmm.

The weird irony of all this, is that even this reflection could be considered a part of the “Shoah Business” – the 21st century version, which survives solipsistically,  by questioning the appropriateness of exploring the very topic it thinks might be better off left less often explored!  One begins to feel like a snake eating its own tail.  And yet, I cannot help myself, because I have benefited from the Shoah Business phenomenon and because sunlight and self-awareness, to blend the insights of Justice Louis Brandeis and psychology, are among the best responses to dealing with whatever ails us.

So where does all this leave us?  How do we balance the competing needs for vigilance regarding the past, and the dangers of an obsessive popularity which not only learns from the past, but gets imprisoned by it?  I can’t tell you for sure, but I can tell you this, as I think about what seems to be popular and what that trend might hold for us.

First, despite my having questioned it above, I am honored that my Holocaust-tinged, Billy Joel piece, was as popular as it is.  The past, including its most horrible moments, can be more present than we often want to see or feel.  And even when it is not, it bears remembering, so that when it is, we are better prepared to confront it.  That large numbers of readers remain interested in that, is a good thing.

Second, I will not be fully comfortable, nor should any of us be, if we are fortunate enough to live as freely and safely as almost all of us do in the United States, if our interest in the Shoah, means that pieces which celebrate life and joy, are not at least as popular as those emanating from the Shoah Business.

The numbers don’t lie, so let’s see how this post does when compared to the ones about Sofie Scholl and Billy Joel.  I get it; it has less emotional appeal, so it will not match them.  But if it doesn’t grab some real attention, then I have to wonder even more about what’s really behind the fact that there is still no business like Shoah business.