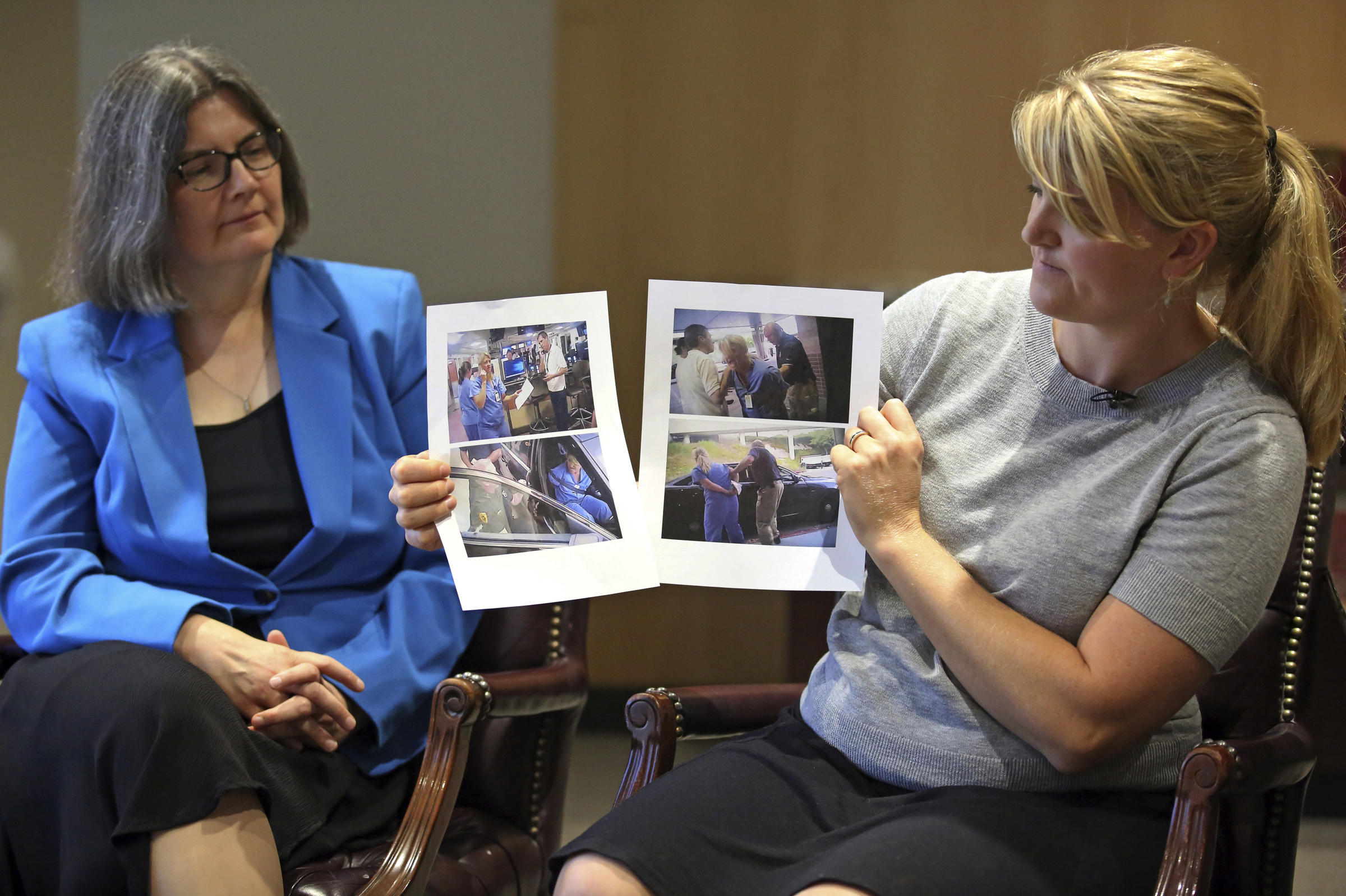 We all know the expression, fighting fire with fire, but is it a good thing or a bad thing?  Context counts, to be sure, so there are probably times when it is a good, or at least necessary, thing e.g. setting what firefighter call “back fires” as a way to better control a burn which would be otherwise out of control.  More often than not though, it’s better to fight fire with water, or other extinguishing chemicals.

Unfortunately, we seem to have increasing difficulty applying that wisdom in today’s cultural-political context.  Take the case of  the nurse who was just awarded 500,000 dollars following her being wrongly, rudely and stupidly detained by law enforcement officials in Salt Lake City, UT.

Alex Wubbles, a University of Utah Hospital nurse, was roughly arrested when she legally and properly refused an officer’s request to draw a sedated patient’s blood as part of a police investigation.  Her arrest was captured on body camera video and viewed widely online.

Even were she wrong for failing to cooperate, which she was not, the arresting officers behaved badly, to say the least, and their body cams pretty much made Ms. Wubbles’ case for her.  But did they make a case for a half million dollar settlement, or is that the tip of a more nefarious iceberg, one which infects our culture, and all too often, our personal relationships as well?

That both the police and university security officers were wrong is beyond doubt, as should be the sense that punishment and compensation were both in order in this case, but half a million dollars for what amounted to a few minutes of unpleasantness?  It’s nuts!  And worse, it speaks to the dangerous cycle in which we find ourselves as a nation — fighting fire with fire, instead of cooling the flames with water.

This is truly a case in which we see a Trumpian response to a Trumpian problem – I frame it that way precisely because those who understand what I mean by a “Trumpian problem” are likely to resist seeing this settlement as a Trumpian solution, while those who see this settlement as totally outrageous, and one “proving” the public’s failure to appreciate the hard work done every day by cops, are least likely to see how it simply reflects a larger issue which flows down from the very top of our nation.

It is Trumpian in that what is viscerally satisfying wins out over what is rational and reasonable.  There is no doubt that pursuing that path lead Donald Trump into the White House, and there is no doubt that similar thinking will justify this settlement in the minds of those who are angry about police needlessly  and improperly overreacting to those who challenge their authority.

I am not minimizing the fear and pain which Nurse Wubbles clearly felt, nor am I unconcerned about the ignorance and obvious lack of professionalism by the officers involved.  But I am also concerned that the response was to award the victim in this case approximately 15 years of median personal earnings for US workers… which is nuts!

This is a classic case of responding to fire with fire, in the worst sense – of reacting to an outrageous situation with an outrageous response.   However good such responses feel in the short term, they are rarely good for anyone in the longer term.  Think I am wrong?  Let’s apply the logic to personal life and I think it will all snap into focus.

After a while, you probably realized, like most of us eventually do, that the other person “getting what they deserved” did little to help you find lasting peace, or even to address the larger problem of which yours was only a reflection.  In fact, the only exception to this that I know, is when victims of a crime know that their victimizer is locked away and unable to cause them further harm.  And even there, locking up one criminal, as important as it is to do, does not address the larger issues of criminality, just as paying Alex Wubbles 500,000 dollars will not help cops to respond more reasonably and appropriately.

Reasonable people can argue how much compensation she deserved, but if we really want to see cultural change, the settlement should have forced those in authority not to pay so much to Nurse Wubbles, as much as it should have forced them to pay for upgraded officer education, more body cams, and other systemic responses which would cool, if not extinguish, the flaming anger and mistrust which arise from officers’ over-reactive and illegal response to one decent woman doing her job properly.

It’s a less emotionally satisfying response, I know, but if I blame the President for failing to meet that measure, can I blame the rest of us any less so when we do so as well?  I am loathe to fight fire with fire, wrong-doing with revenge, or Trumpism with Trumpism, but hey, perhaps that’s just me.  I hope not though.