The Umbrella Revolution And Other Times Teenagers Changed The World 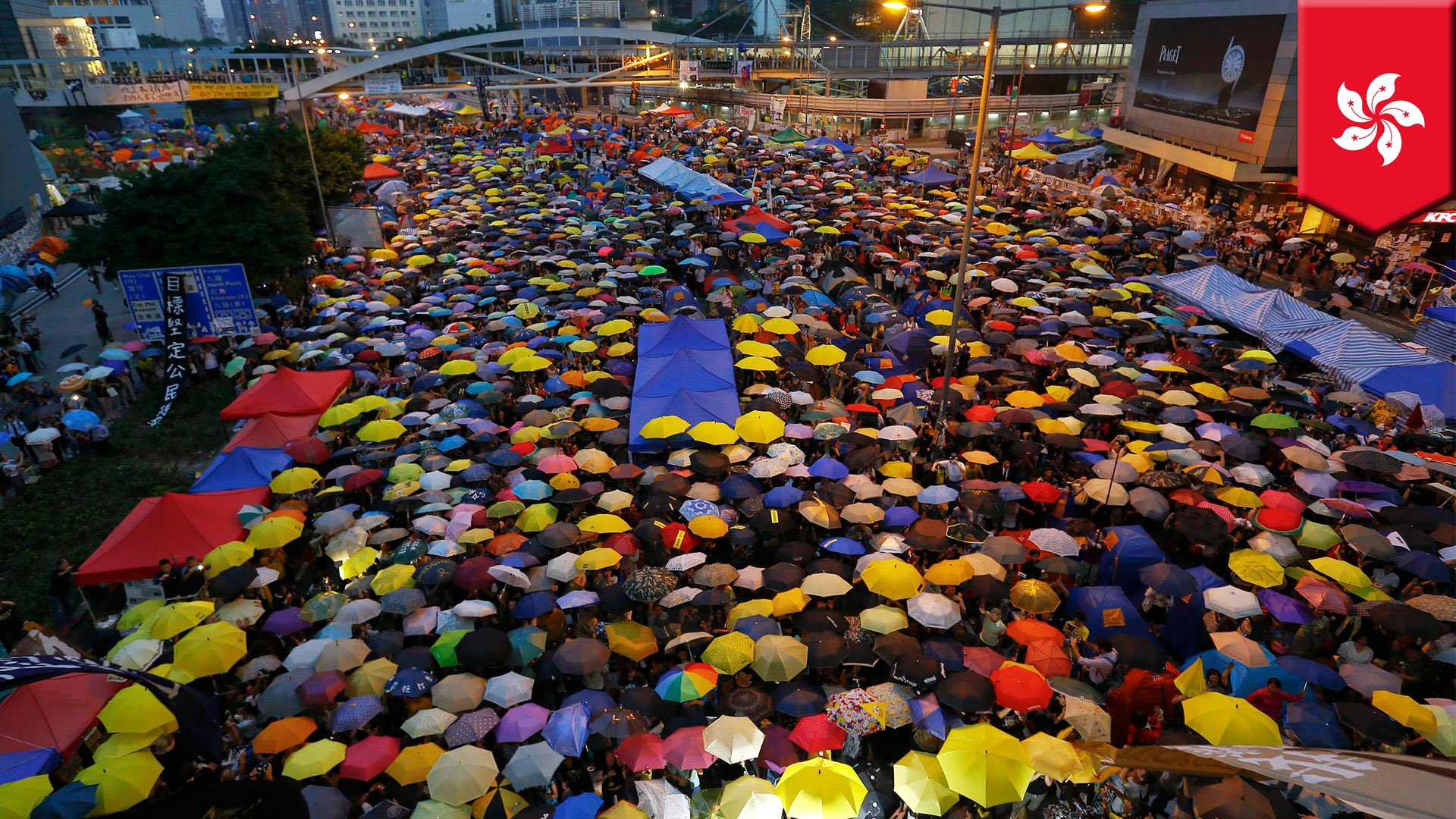 The Parkland students, led by Emma Gonzalez, have moved the world with their determination and ambition to make real change to gun control laws.  But, they are not an anomaly.  Throughout history, young people have often been the ones to spark revolutions.  With their own future at stake, and the energy and drive to change the world, teenagers are sometimes the most powerful forces for change.

Here are 3 times in history when a teenager altered the course of history, for better or worse.

Joshua Wong, Hong Kong Umbrella Revolution: In 2012, When Joshua Wong was just 14, he founded the student organization, Scholarism, to advocate for democracy. 15 years earlier, Hong Kong had been given back over to Communist China rule after a century and a half of British control.  While it was supposed to remain democratic for the next 50 years, it wasn’t long before China began encroaching on the Hong Kong government.

On September 8, Wong led a hunger strike to protest coursework that was designed by China to extol the benefits of one-party rule on the youth of Hong Kong.

Two years later, encouraged by his success in helping to halt the Education Reform coursework, Wong joined forces with the Hong Kong Federation of Students to stage a protest against China’s right to choose the city’s next leader.

What began as a peaceful demonstration, gained fire when Wong climbed the fence barring protesters from speaking to government representatives. Many protestors were arrested as police in full riot gear charged the crowd, using pepper spray to restrain them.

Two days later, the demonstrations grew into a full-scale revolution as thousands of protestors took to the streets brandishing umbrellas to protect themselves from the tear gas.

Despite the violent crackdown by the police, what came to be known as “the Umbrella Revolution” remained a well-organized, almost festive event.  Teachers came to the protest area to help students to keep up with their school work, campsites were kept clean and organized, and a media center was set up to assist foreign journalists.  Bright colorful street art was a big part of the protest, much of it following the umbrella motif.

Although The Umbrella Revolution did not achieve its political goals, it became a landmark moment in Hong Kong’s history. Reflecting on the protests, Wong remarked, “You can say we failed because we didn’t achieve any change in the political system. But we did plant a seed in the younger generations. Unlike those over the age of 40, of whom 70 percent opposed our actions, thousands of high school students have become interested in politics thanks to the occupation. And they support us.”

Naief Abazid, Syrian Civil War: On February 16, 2011, egged on by some older boys, 14 year old Naief grafittied the words “It’s your turn, Doctor Bashar al-Assad,” under the window of the principal’s office at his all-boys school in Daraa, Syria.

Although he meant it as an apolitical prank, the words had incendiary repercussions.  The Arab Spring Revolutions had already overtaken Egypt and Tunisia, ousting rulers and creating revolutionary changes. Abazid’s graffiti insinuated that the Syrian leader, Bashar al-Assad, would be next to go.

“It was something silly,” Abazid said. “I was a kid. I didn’t know what I was doing.”

As it turned out, what he did was help spark the Syrian Civil war, a war that has claimed hundreds of thousands of lives, displaced millions, and still rages on today.

After the graffiti incident, Naief was arrested and tortured. When the parents of Naief and the other boys arrested that day came to beg for their sons’ release, a cousin of Mr. al-Assad’s, told them “Forget about your children. Go have new kids. If you can’t, send us your wives and we will get them pregnant for you,” according to one observer.

The anger from their boys’ treatment by the authorities, compounded with years of oppression led to Daraa’s own Day of Rage. Fury over the boys’ imprisonment continued to rise up until protesters began hurling rocks. The police snipers opened fire and two protestors were killed.

The demonstrations and police response grew increasingly more violent until, on April 1, a large crowd of protestors yanked down a statue of Hafez al-Assad with their bare hands, marking the official beginning of the Syrian Civil War.

When asked about his role in sparking the revolution, Naief answered, “”I am of two opinions about it. On one hand, I regret it, because of all the people who have been killed and sent to prison and all the people who are homeless or who have become refugees,” he begins. “But on the other hand, this was God’s will, and I’m proud of it. Something had to happen in Syria. Something had to change.”

Emmet Till, Civil Rights Movement: In the summer of 1955, 14-year-old Till went to Mississippi to stay with his great uncle Moses Right.  On August 24, Emmet went into a grocery store to buy bubble gum and allegedly whistled at the white woman working there, Carolyn Bryant. Four days later, Carolyn’s husband, Roy Bryant, and brother-in-law J.W. Milam kidnapped Emmett from his great uncle’s home. The men beat and tortured Emmet, until finally shooting him in the head and disposing of his body in the Tallahatchie River, where it was found three days later.

Bryant and Milam were arrested and eventually acquitted for the murder after Carol Bryant testified that Till had had grabbed and verbally threatened her.

A few months later, both men confessed to Life magazine that they had, in fact, killed Till.  In the interview, J.W. said about Till “”He was hopeless. I’m no bully; I never hurt a n***** in my life. I like n*****s — in their place — I know how to work ’em. But I just decided it was time a few people got put on notice. As long as I live and can do anything about it, n*****s are gonna stay in their place.”

Despite the confession, the men could not be tried again. Their confession, along with Emmet’s mother’s insistence on displaying her son’s mutilated body for the world to see, became the catalyst for the Civil Rights Movement in America.

These three teenagers lives and deaths are only a few of the many times that young people have helped change the course of history.  The eyes of the nation are now turned towards Emma Gonzalez and the other Parkland students to see where their leadership takes us.