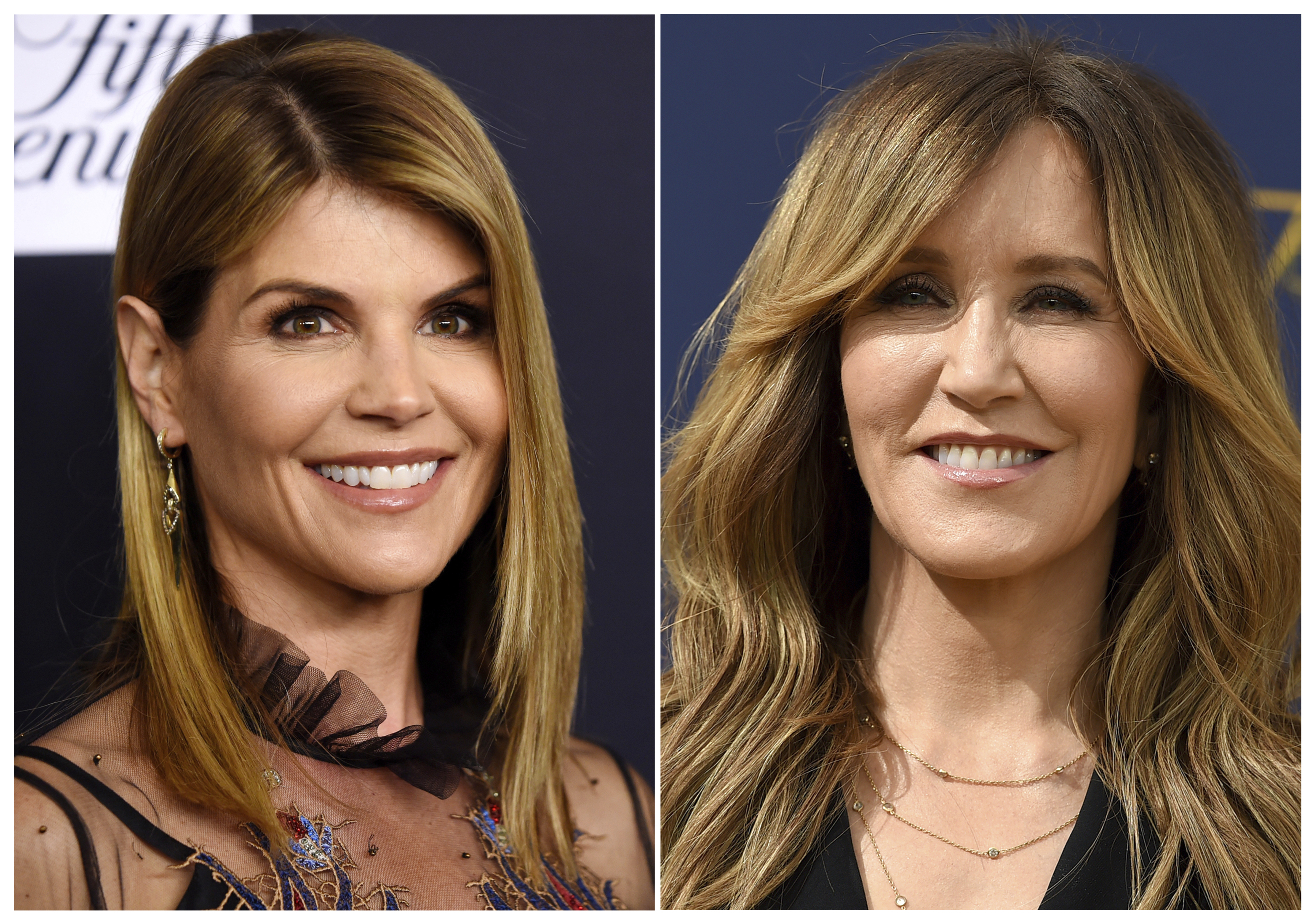 I have never liked parenting books.  The Blessings of a Skinned Knee sat at my night table for years, unread.  When my kids were small, when I wasn’t with them, reading at night before bed, I wanted to be able to think about interests outside them. I do try to put them and their needs at center of my life, but that doesn’t mean I have to think about them all the time.

We both need space.

And that is what I find so odd about what I am reading about the parents in the cheating scandal, that they never leave their kids alone, but micromanage all aspects of their lives.  They don’t want to put space between their kids and themselves, but feel the need to make sure the kids are doing things the way they want them to.

Jane Rinzler Buckingham was a year below me at Horace Mann School in the Bronx.  She is now a lifestyle guru who predicts trends to tell you how to get hired or get out of sticky situations.  All her work seems to be about creating an aura that is, in the end… false. Why should we listen to her?

Her big insight in focus groups with college students is that “the news will find you” with people sending things to each other.  If  her biggest insight is the role of peer influence – is this really the person we want as an example for the rest of us? Also, this note from a publication party for her first book written at 17 suggests that perhaps her own parents assisted her.  Her brother still lists that he was valedictorian of his class on his Linked in page.  The valedictorian of my high school, if memory serves, was an elected position; classmates pick those they think are smart and will speak well.  Still, it does seem odd to me, that 36 years later that is still important to anyone.

I prefer to listen to my mother and mother-in-law and older relatives. Even friends who have some kids the same age as mine and some who are older and have been through particular situations can lend their expertise. If they know me and my kids, they have a certain sense of what it is that my kids need. Why do I need to listen to someone who does not know me?

That is the real problem I have always had with parenting books.

You don’t know ME.  Their authors may have general advice, which may even be great counsel, but, with parenting in particular, there is no such thing as one size fits all. All parents with more than one kid know that what works for one kid may not work for another, that we need to tailor and individualize.  The Passover Haggadah has four children and each is taught differently.  This is not a new fangled educational standard, but a basis for education, that we must create experiences that will speak to each kid on a unique level.

It is the overreaching of the test scam parents that bothers me. The parents who arranged their child’s tests to be taken for them while letting the kids think that they did actually take the tests themselves leads to the Dunning-Kruger effect where incompetent people don’t even realize that they aren’t anywhere near capable of what they think they are.  A recent article about Ivanka Trump and Jared Kushner speaks of the “reality distortion field” that their family wealth has created for them.

These parents seem to be doing the same, though with presumably less wealth than those who can afford to give large sums to the university as Kushner’s father did to get him into Harvard, as carefully documented by journalist Daniel Golden in his book,  The Price of Admission.  Why would you want to set your kid up for that rather than encourage them to attend a college where they would have a better chance of success?  What happened to these kids at the colleges, presumably selective, where they did not at all belong? Were they overwhelmed or did they just pay people to write their papers and take their tests for them again?  What are they learning from this?

The parents who are doing this must believe that they truly can control everything in their children’s lives.  It is hubris to believe their plans and ideas are the ones that should be followed, without consulting their children or allowing them an input.  I see it as authoritarianism of the worst kind.

Some of my objections to the ways others approach their role as parents comes from my professional training as a PhD in comparative literature and from my experiences as a part time college professor.  When I teach, I guide my students to an understanding of whatever text is under discussion by highlighting particular passages and showing them how these passages are central to an understanding of the book as a whole.  And then I expect them to take what they have learned, both from me and our class discussions, and go one step further.

As a teacher, I am most happy when my students can take what they have learned in class and from discussion and readings and go a step further, creating their own interpretations, giving their own take on the material. That is my goal: to have my students think for themselves, take what they have been given and go a step beyond it, make a leap with research, their own ideas, information from an outside, but related field.  I don’t ever want them parroting back something I have said – anyone can do that. I want creativity and originality.

That is the approach I take to parenting too, that I want to give my kids certain tools and ideas and the access to education and then let them learn how to figure things out on their own. Cheating won’t gain them anything: they don’t have a skill they have confidence in because they know they have worked for it. They are forced to rely on others, not themselves.

That kind of self-reliance is at the core of what most responsible parents want for their offspring.

And that is why I object to parenting books.  If we are to make our offspring autonomous, we need to be too.  Trust yourself, as you are the best expert with your own child.

Parenting books create the sense that there is one way to do things that may work for the authors, but not the kids or families reading.  And experts can be wrong.

I learned this first hand when one of my children had a medical problem and another mother gave me advice. She was a pediatrician and had kids the same age.  She told me that she and the other five doctors in her practice were absolutely certain my daughter’s problem must be psychological, not physical–without any of them examining my child — as there was no diagnosis that would make sense.  She thought I should punish my five year old daughter by not letting her go anywhere outside of school until the problem got resolved, by her own will power.

My own mother begged me to come to New York for a second opinion, but I thought the experts we were seeing at Boston Children’s Hospital were good enough.  Guess who was right? Once we moved to another part of the country, got a new test that no other doctors had thought of doing, a new doctor made the correct diagnosis of a physical problem that resolved immediately after a surgery.

As parents, we need to rely on our sense of what our kids need and what is good for them to be self -reliant.  Get advice, but never let someone else tell you what is best for your child. Teach your kids to have a sense of accomplishment by learning new things, writing and researching their own papers, and developing skills that they will use throughout their lives.

I am angry at those who cheat the system and angry at the system that makes the cheating possible.  I want my kids to – wherever they go to school – learn the skills they need to propel them on to the next steps of their lives.

Of course, as a parent, I hope I will be around for all the stages of my children’s lives.  But life can be unpredictable. The most important– and enduring– thing I can leave my children with, as a parent, is a sense of their own competence and ability to navigate life in all its complexities.  Cheating won’t help them much with some of life’s most challenging exams.