The Spiritual Complexity Of Halloween 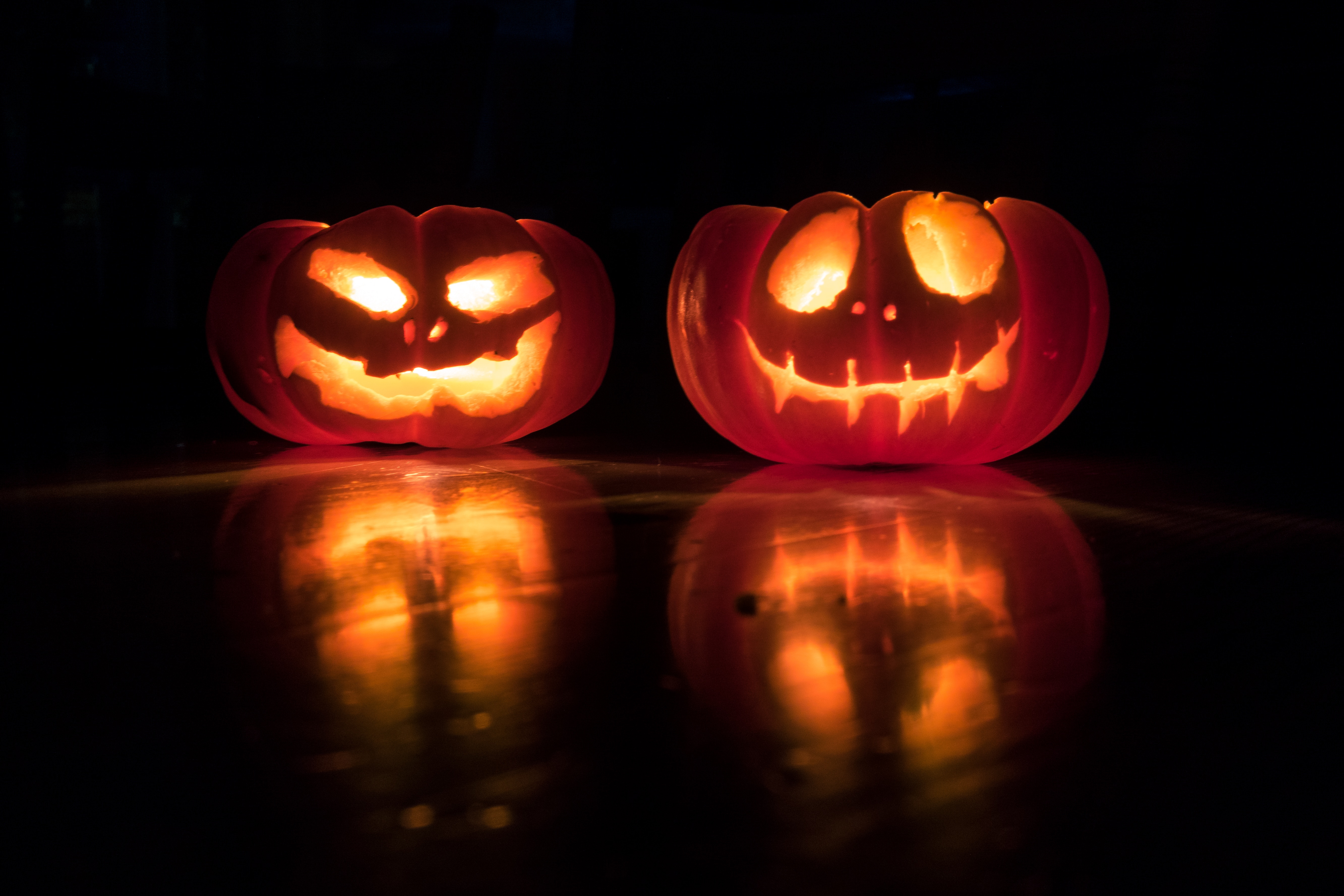 Halloween is a complicated holiday, laced together with many threads of different spiritual traditions and cultural customs. It has always stirred up controversy, morphing into an excuse for mischief and mayhem and a celebration of ghoulishness, which has led some to boycott it altogether. But, perhaps this is a hasty decision, which fails to take into account the whole picture of the historical development of the day and what it tells us about the richly complex human search for the meaning of life, death, and eternity.

In the ancient Pagan world, there were a variety of autumnal festivals dedicated to one deity or another and celebrating the coming in of the harvest. Halfway between the Autumn Equinox and the Winter Solstice, the Celts would celebrate their “new year” at Samhain (“Summer’s End”), which marked the third and final phase of their harvest season with the gathering of nuts and berries and the slaughtering of livestock that could not be fed through the winter. It was a time of plenty and abundance, merry-making and story-telling. One legend commonly associated with this time of year was that of Mongfield, a legendary sorceress-queen who was said to have married the King of Tara in ancient Irish mythology.

However, on the other end of the spectrum of festivity, there was the threat of the coming winter, and the constant struggle for survival it would bring. With this ominous reality hanging over the people, Samhain became a time of soul-searching and intention-seeking, as Druids took part in various divination and scrying rituals and attempted to tell the future and predict the outcome of the year. Bonfires were also an important part of the celebration, being identified with protective and cleansing powers, as well as the ability to ward off the cold and darkness of winter. They served as a point of communal gathering and a place to sacrifice a portion of crops and livestock to the gods, both in thanksgiving for the harvest and to seek their favor in the months to come. No fire was allowed to be lit during Samhain, until the ceremonial bonfire was lit by the Druids at a designated hill which they held sacred.

As a deeply mystical people who intently focused on the workings of nature, the Celts ascribed a spiritual element to the shifting of the seasons which their calendar was centered upon. In the waning days of autumn, darkness lengthened, the leaves fell, and foliage withered. The world seemed to be dying, and yet the Celts found comfort in the knowledge that the Wheel of the Year would continue to turn and spring would come back again. With all these thoughts about death and afterlife on their minds, they believed that in October the veil between the mortal and spirit worlds grew thin, just as the air felt crisp and thin.

This concept of an otherworldly portal nurtured the belief that the spirits of the dead, gnomes, faeries, and other mythical creatures might visit the living on Samhain. Hence, people would leave out food for any spirit visitors who might show up and bake special bread for the occasion, often using the symbolically significant ingredients of rye, caraway, rosemary, and buttermilk. At the feast, a place would be left empty for any ancestors who might wish to visit and break bread with them. Later, the bread would be given to those less fortunate. Visits would also be made to the burial mounds of dead relatives and friends and symbolic offerings such as apples (symbols of eternity) and nuts (symbols of wisdom) would be left there.

In addition to visiting spirits, it was also a day of departing spirits. Since the Celts believed that the souls of the dead did not immediately leave earth, it was thought that those who had died within that year were finally rounded up by the Lord of Death on Samhain night. He would beckon them with a horn blast to warn them to prepare to make their journey to the Otherworld.  Tradition held that the “new day” really began at dusk, so the night time celebrations had special significance and brought to the fore a sacred animal: bats. Because of their ability to fly at night, and because they were considered to be “in between” the bird and mammal families, bats were considered to be perfect messengers to deceased loved ones in the world beyond. Their presence around ceremonial fires, drawn by the abundance of tasty flying insects, associated them with the season as well.

When Christianity spread across Europe and came to the Celtic peoples through St. Patrick and others, the traditions associated with Samhain showed no signs of abating. Celtic Christianity always had a distinct flare for bringing out the best in old and new and taking the mysticism and deep respect for nature found in Druidic society and applying it to Christ, High King of the Universe. Since there were many things perfectly compatible with Christian teaching within the celebration of Samhain, the Church incorporated them into the celebration of All Hallow’s Eve, or Hallowe’en on October 31, which served as a Vigil celebration of All Saints Day on November 1.

Christians too, shared a deep regard for deceased souls and the honor of those who had gone ahead into the next world. However, instead of the Pagan belief that souls wandered the earth after death, Christians believed in Purgatory, a “waiting place” where souls were purged of their imperfections before entering Heaven. Prayers offered lovingly for the deceased would go towards the purification process and enable them to reach Heaven sooner. Aside from this, meditating on death, in and of itself, was considered to be healthy for spiritual development. After all, it assured that human beings would never forget their mortality or come to think of themselves as gods, and would serve to keep their focus on the Divine and the world to come.

Samhain bread would be turned into “soul cakes”, made with a variety of ingredients and in various designs. Both the doughnut and the pretzel are said to have been forms of soul cake, the former representing the circle of eternity and the latter representing praying hands. People who continue the traditional Pagan custom as “mummers” go house to house singing particular verses and requesting the tasty cakes and alcoholic beverages. While the ceremonies varied across Christendom, a typical rhyme ran something like this:

Now, this seriously simplified the spiritual significance of the evening, but the idea was that before a soul cake could be given out, the “mummers” had to say prayers for the deceased family members of the house they were visiting. Meanwhile, special vigils would be held at cemeteries and within monasteries to offer prayers for the deceased. They would continue on through All Saints Day on November 1, celebrating the triumph of the saints and martyrs spending eternity in the presence of God, and All Souls Day on November 2, again to focus on the souls in Purgatory.

Again, old traditions from Paganism remained a major part of All Hallows, including the concept of the dead making visits to the living. People would dress up to scare off or befuddle any evil spirits who might make appearances, and also came to consider the veil-thinning time as something of an excuse to turn the world upside down. It was a day when darkness was coming in, and people believed they could show their dark sides as well. Most of the time, this was in the form of pranks and mischief-making, but nothing terribly harmful or serious.

However, during the Protestant Reformation in the British Isles, Catholics were targeted by Protestant rabble-rousers for celebrating the triple feasts of All Hallows, All Saints, and All Souls, and often were tormented by mobs and gangs in the streets who accused them of celebrating “Pagan Practices”. The close proximity to Guy Fawkes’ Day on November 5, which celebrated the failure of a Catholic plot to blow up King James I and his parliament, did not help matters. Bonfires would be lit, Guy Fawkes and the pope would be burned in effigy, and no Catholic was safe to venture outside for fear of his life. But, for Protestants in England it was, and remains, a festive occasion, complete with special potatoes to eat and fireworks to explode.

In conclusion, there are many links with the modern secular celebration of Halloween and the traditional spiritual traditions of both Pagans and Christians. Unfortunately, I’m afraid much of the meditative reflection on the eternal has been drained in favor of an excessive display of plastic pumpkins, glittery witches, and electric flying bats. But worse, is the excessive trend towards gruesomeness and gore. While I can certainly understand the gray areas of life, and acknowledging our own complex human natures (which some have called “the dance between light and dark”), perhaps there is something unhealthy about allowing oneself too heavy a dose of the macabre, especially if it is for its own sake, and not directed towards some higher good such as soul-searching about the meanings of existence and the essence of humanity.

As a Catholic, I can enjoy multiple aspects of the season, from both Pagan and Christian spiritual and cultural traditions. I can appreciate the turning Wheel of the Year, and reflect on the cycle of life, death, and rejuvenation that gives us hope for an afterlife. I can think upon the mortality of myself and others, and how we should focus on both living well and dying well in light of our eternal destiny. I can munch on doughnuts and pretzels, and make prayer vigils for the souls of the departed, so that my love might reach them should they be in the “waiting place”, and thus be purged and enter the presence of the Divine. I might follow the path of the Celtic saints and find a special place in nature where the veil between the natural and the supernatural feels thinnest, and time seems transparent, and one can meditate upon the things of Heaven with the greatest clarity. And there, in the crisp stillness of autumn and hallowed gathering of darkness, I may recite a Celtic prayer such as this:

May God bless all the company of souls here
May God and Mary bless you
You too were here, as we are now
And we hope to join you soon
May we all be adorned in the Bright King of Heaven

Writing, Thinking and Talking about Tragedy: A Conversation with Beth Kissileff