The Philosopher Who Rejected The Idea Of Spirituality As A Commodity 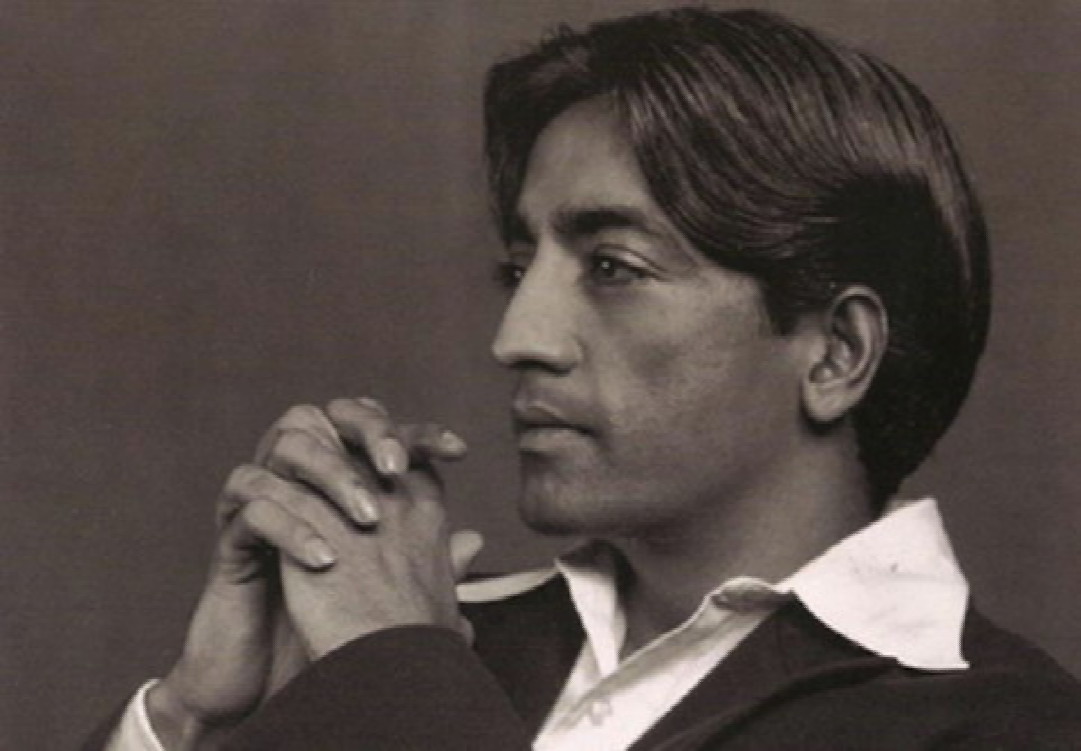 Let us be frank, humans can be outrageously shallow. We identify things we want and need, as well as the means to attain those things, and then we either fail or succeed. Regardless, we will always find something else to want, something else that is missing. When it comes to constructing our material world, this absurdly basic mechanism functions quite well. We need food and water to keep us alive, clothes to keep us warm, a roof over our heads, a car to go places, a myriad of electronic devices to keep us entertained, drugs to take the edge off, and of course, we need to work and generate capital if we want anything at all.

Okay, but of course there is much more to existence. I am an autonomous human with individual agency, I have family and friends, emotions, memories, creativity, love, hatred, a beating heart and all the rest. All of that has to count for something more than the brute materiality of existence… right? But we aren’t sure. Something is missing, there is a lack. To borrow a comprehensive, albeit somewhat convoluted, description of this phenomena from the French psychoanalyst Jacques Lacan, “Desire is a relation of being to lack. This lack is the lack of being properly speaking. It isn’t the lack of this or that, but lack of being whereby the being exists.”

Here humanity’s central interaction with spirituality begins. We have a distinct sense of something more, but that which is lacking prevents us from attaining it. At this point a grievous error is made: we go about searching for spirituality and wisdom as if they were material objects. We read books that claim they can sort the issue out for us, pursue “spiritual” practices that we imbue with salvific power, and follow individuals who represent spirituality as a concept. This is known as “spiritual materialism,” a term coined by the Tibetan Buddhist Chogyam Trungpa Rinpoche, who also played a significant role in introducing Buddhism to the West. While Chogyam Trungpa can be credited with coining the term, many spiritual teachers, philosophers, and psychoanalysts have touched on similar or identical themes. One such individual was Jiddu Krishnamurti.

Born in South India in 1885, Krishnamurti was adopted by a member of an organization known as the Theosophical Society, Dr. Anne Besant. Dr. Besant, among other members of the group, prophesized in a most cult-like fashion the arrival of a messianic figure whom they decided was none other than Krishnamurti himself. Krishnamurti was appointed the head of an organization known as the Order of the Star in the East that would help spread his future teachings throughout the world. However, at the age of 32, Krishnamurti found himself totally disillusioned. While he initially propagated the basic teachings of the Order of the Star in the East, he gradually began dismantling their founding principles until he abandoned the organization completely. For the rest of his life Jiddu Krishnamurti traveled the world on his own accord, engaging in a potent dialectic with his audience and himself.

Krishnamurti overcame spiritual materialism in a way that most would never have the opportunity to. He witnessed everything that can go wrong with the way that humans choose to engage with spirituality, and for this reason his approach was, and still is today completely novel. It is undeniable, you can hear it in his voice.

The above recording of a dialogue between Krishnamurti and the aforementioned Chogyam Trungpa is a prime example of his approach. There are no straightforward answers to be given, no direct teaching, no carefully delineated practice or ritual. For Krishnamurti there is only a process, a subtle uncovering, akin to the technique by which an archaeologist would carefully brush dirt away from some lost artifact. And, like any ancient and brittle thing subject to the withering force of time, this artifact may be altered by the very act of brushing itself.

Throughout the course of this dialogue, it is made clear to the viewer that the two are discussing the definition of meditation, however we are never given anything to attach to completely, there is no definitive judgement made about how to go about doing it. Every time Krishnamurti seems to form a coherent conclusion, things quickly disintegrate. It is within this very process, the cooperative development and subsequent deconstruction of the conceptual understanding, it can be argued the “real” act of meditation takes place. The result is thoroughly sobering; we are left with no solid ground to stand on, no answers, only the catastrophic silence of our own total responsibility for ourselves and the world.

In a passage from the final book before his death, a collection of tape recorder transcriptions, Krishnamurti describes his perspective on the act of meditating,

“You should really forget the word meditation. That word has been corrupted. The ordinary meaning of the word–to ponder over, to consider, to think about–is rather trivial and ordinary. If you want to understand the nature of meditation you should really forget the word because you cannot possibly measure with words that which is not measurable, that which is beyond all measure. No words can convey it, nor any systems, modes of thought, practice or discipline. Meditation–or rather if we could find another word which has not been so mutilated, made so ordinary, corrupt, which has become the means of earning a great deal of money–if you can put aside the word, then you begin quietly and gently to feel a movement that is not of time. Again, the word movement implies time–what is meant is a movement that has no beginning or end. A movement in the sense of a wave, starting from nowhere and with no beach to crash upon. It is an endless wave.”

It is on the crest of that wave, the seemingly infinite living and dying of our very being, where we are truly present in the world. Too often humans make a commitment, consciously or unconsciously, to either living or dying. We feel either as though we are saving something from destruction, or taking part in the destroying. Seldom do we consider the deceptively simple fact that we always do both. For this reason we must save the world while simultaneously dying with it, this is true compassion. On this topic Krishnamurti has much to say.

“There is no resurrection, that is superstition, a dogmatic belief. Everything on earth, on this beautiful earth, lives, dies, comes into being and withers away. To grasp this whole movement of life requires intelligence, not the intelligence of thought, or books, or knowledge, but the intelligence of love and compassion with its sensitivity. One is very certain that if the educator understands the significance of death and the dignity of it, the extraordinary simplicity of dying – understands it not intellectually but deeply – then he may be able to convey to the student, to the child, that dying, the ending, is not to be avoided, is not something to be frightened of, for it is part of one’s whole life, so that as the student, the child, grows up he will never be frightened of the ending. If all the human beings who have lived before us, past generations upon generations, still lived on this earth how terrible it would be. The beginning is not the ending.”

Perhaps the reason we so feverishly invent and search for spiritual materials is because we are always running from death. For the inner mythology of the psyche, our death is like an approaching predator, salivating over our deepest sense of being. I say allow it a piece of this being, allow it to create the lack from which desire is born. In this way we are totally responsible for the lack of being, in this way we put an end to spiritual materialism because we willingly gave up that which we thought we had to rely on.

There is no doubt that this is an extremely difficult task, and it will inevitably fall on the courage of the individual to see that it gets done. However, if humans are serious about what they refer to as spirituality, they will enter deeply into the horror, the beauty, and the silence, a place where the deepest learning occurs.

Will Allegretto is an avid reader, primarily interested in subjects such as philosophy, religion, psychoanalysis, and science fiction. Will recently graduated from the University of Rhode Island with a degree in Wildlife Conservation and Biology. While attending school, Will also practiced Zen Buddhism and went to several summer retreats at Bodhi Monastery in New Jersey. Will is currently working on applying spiritual/metaphysical concepts to music composition, mainly on guitar which he has been learning for 12 years. He currently lives in Johnston, Rhode Island with his girlfriend and some chickens.