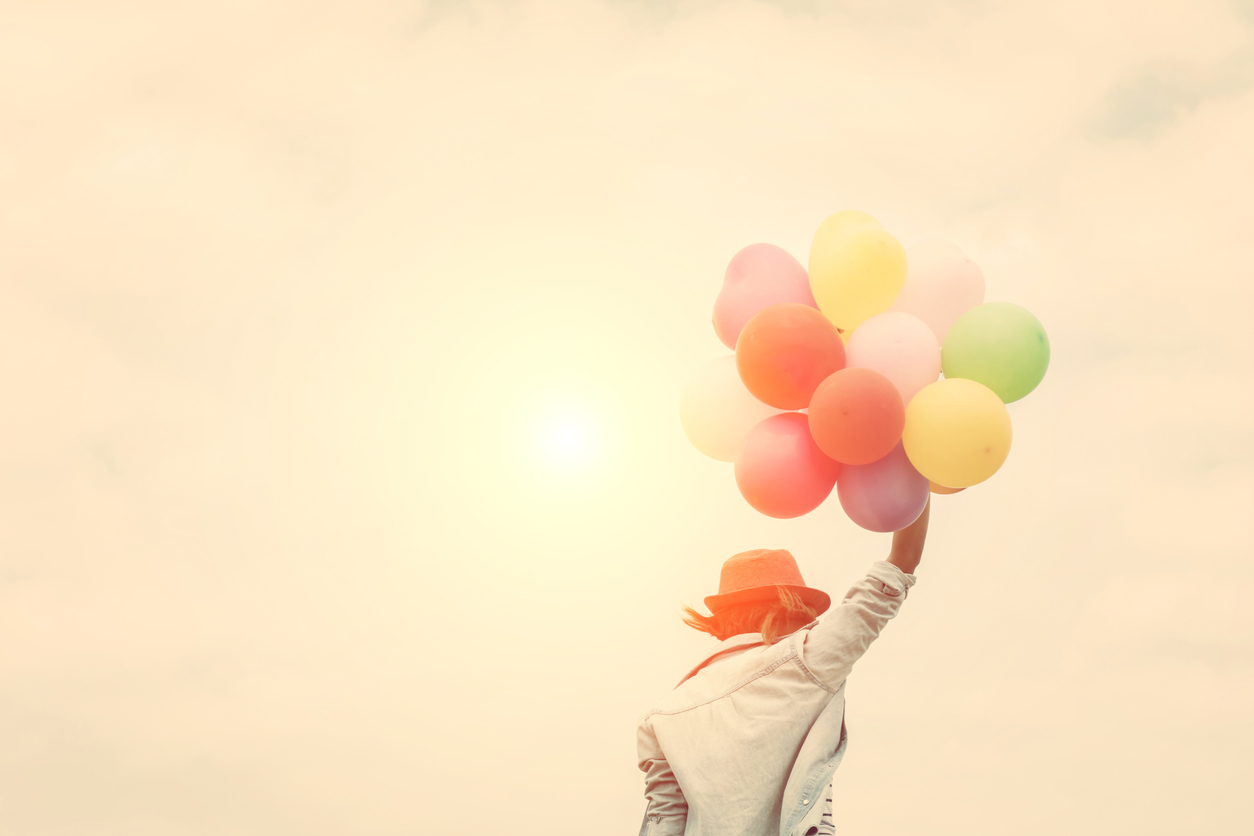 It was a chilly day at the beach. My boys had grown weary of digging in the sand and were whining to go home to Blues Clues and grilled cheese. But, I was having one of my days… the kind of day where their sandy fingers pulling on my bathing suit felt like a snare and the ocean looked like an invitation to another world. An invitation that I’d foolishly declined.

I brushed away their hands and stared out over the waves.  Somewhere out there, people were reading epic novels, having witty conversations, falling head over heels in love, while I sat there on the beach, chewing on wet sandy crackers with a full-diapered toddler throwing seaweed in my hair.

I had chosen to not work in order to be home with the kids and, on most days, I was happy about my choice. But, on some days…. those days…it all felt like a big mistake. I was just over 30 and already I had 2 little ones and a third on the way. What was I thinking getting married and having kids so early? It was time to face the fact that all the things I’d dreamt of doing… moving to NYC, pursing my acting dreams, writing a novel, were never going to happen. The years seemed to stretch ahead of me as an endless series of sleepless nights and hours spent wiping noses and preventing tantrums.

I nudged my son off my lap and stood up. A few long slimy strands of seaweed slid into my bathing suit top. I didn’t even bother picking them out.  What did it matter? What did any of it matter?

I took a few steps towards the ocean. The sun was beginning to set and the world on the other side of the sea shimmered and winked, taunting me with its unattainability. By the time my kids were independent enough for me to reach its twinkly shores, I’d be old, wrinkly, irrelevant. Better to just accept that there was no more magic in my future than continue to torture myself.

I turned my back on the ocean and walked slowly back to my kids.

I looked at their faces for the usual signs of relief, but they were looking right past me.  And then they were running…. Their chubby heels kicking up piles of sand as they headed straight towards the water.

I chased after them, one hand on my swollen belly, the other reaching out towards my boys.

“Where are you going!! Don’t go out into the water alone!”

They stopped short at the shore line.  My younger son rocked on his toes while the older one pointed and shrieked.

“There’s something out there!  Is it flying fish?”

I followed his wide-eyed gaze out towards the sea. Nothing but water and sunlight as far as the eye could see.  But, then, a wave rose up out on the horizon and, with it, a bunch of colorful… something. I squinted my eyes to focus in on the strange shapes.

The sand beside me shifted and suddenly a tall man with a sweep of jet black hair was standing near me..

“They are very beautiful, aren’t they?” His eyes stayed fixed on the sea as he spoke.

I noticed that his r’s purred and his vowels lingered.  He wasn’t from around here, that much was for sure. Perhaps he was from Morocco or France or one of those other magical places beyond the sea. My sons had shifted their gaze from the strange objects towards this peculiar adult who seemed to take the business of children very seriously.

I smiled and nodded, not wanting to break the magical spell we all seemed to be under. The man turned towards me and winked.

And, just like that he slipped into the ocean.

A crowd gathered on the beach as he swam. Little ones jumped up and down, their tiny toes spraying sand behind them.

Even the adults seemed to be sharing in the thrill.  Young couples left their beach volleyball game and huddled around a small group of senior citizens who had dragged their folding chairs up for a front row view. Each time the glowing balls rose up out of the sea, we would shout… I’m not sure why…. Perhaps to help direct the swimmer, perhaps because it made us feel like we were part of the adventure.

Far off into the distance, the tall man swam, his sleek body rising in and out of view. Every time he seemed ready to grab at the objects, a wave would come along and sweep them farther out.  By this time, the lifeguard had joined our huddle. The whistle that he’d so flippantly twirled all afternoon now was clutched in his fist, ready to be invoked if the situation got out of hand.

And then… just like that, the man was gone, under a wave, out into the distance, over the horizon.  A communal gasp escaped from our lips as we looked out at sea, back at the lifeguard, out at the sea again.

The lifeguard looked at me.. I’m not sure why… perhaps because I had been the first adult to spot the objects, perhaps because I looked the most distraught. Whatever the reason, he seemed to be asking me to give him the signal.

“GO!” I shouted… and he did… grabbing his surfboard and racing into the sea.

But, just at the moment that his hands plunged into the water, my older son shouted, “There he is!”

And there he was, far out in the horizon clutching what was now clearly an enormous bundle of colorful helium balloons. The entire beach erupted into a joyful cheer. We continued cheering as the tall man swam back, the bundle of balloons blowing wildly above him.

By the time he reached the shore, the children could no longer contain their excitement.  They bounded around him, laughing and hollering.

He shook his head, spraying them all with seawater as they shrieked with glee. And then, one by one, he handed out the balloons, first to the children, then to the young people, and finally to the elderly men and women whose smiles were just as eager.

My balloon was purple. A little bubble of magic from another world that danced right into mine.

I lingered behind my sons as we walked back to the car, tugging on the balloon, just to feel it pull back.  Perhaps it was a message from that world beyond the sea not to give up on surprises… not to give up on myself.

There were other messages in the years that followed… an opportunity to interview famous musicians, an invitation to a supermodel party in Los Angeles, part-time job offers and requests for more of my writing.

Many years have passed since that day at the beach.  My children are older, more independent. While I’m still not free to run off chasing my dreams… more and more often I find that, just like that purple balloon, my dreams have come to me. I’ve been blessed with amazing writing opportunities, exciting new friends, frequent opportunities to go to my favorite city, and… more than anything else, two sons and a daughter who are growing into extraordinary young men and women.

I still sometimes look at the sea longingly. But I no longer wonder what could have been.  Instead I look for what the future may hold. And purple balloons.