The Man Who Is In The Business Of Spreading Love 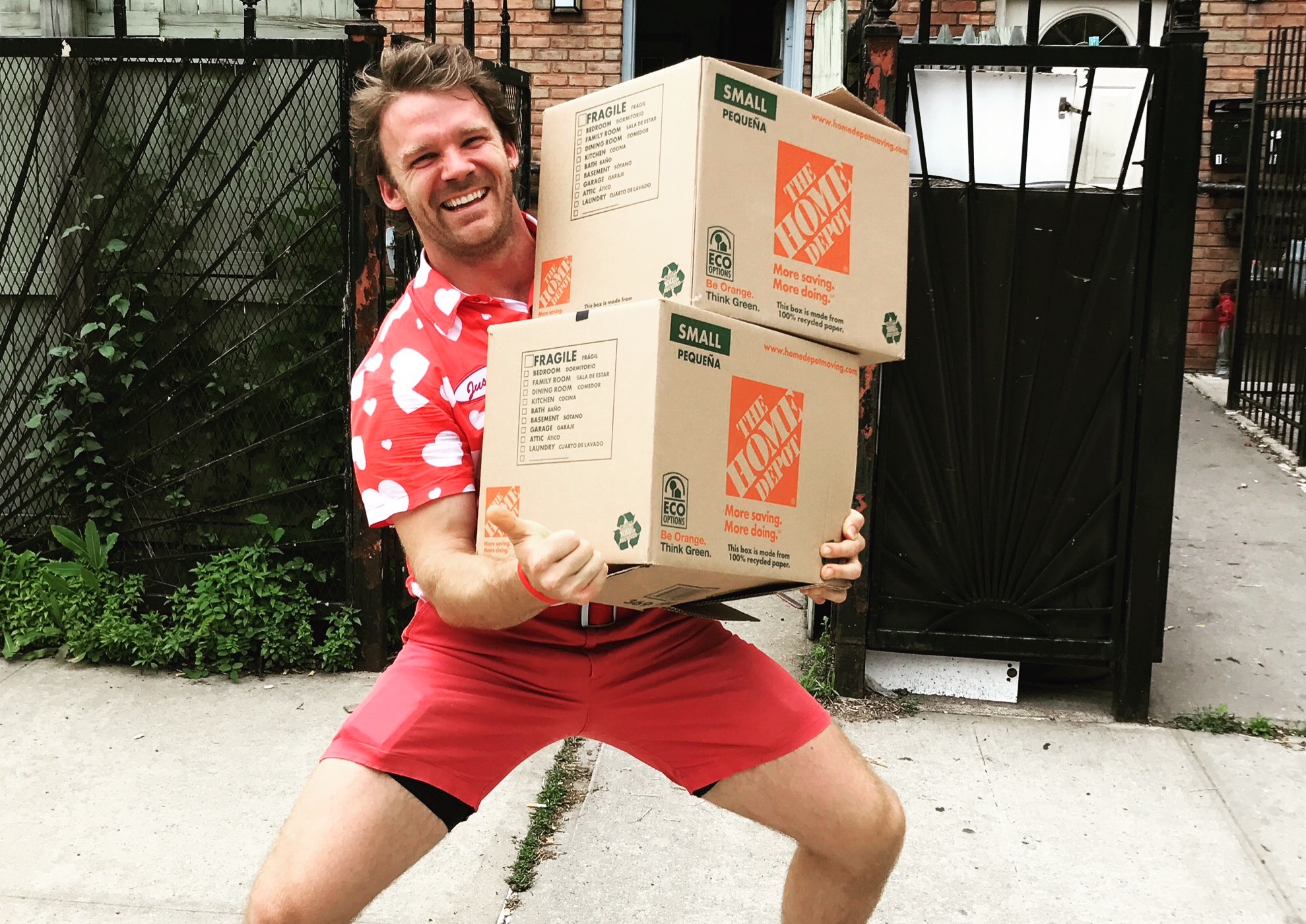 “First and foremost I’m a human being,” said Justin Wolverton, President and Chief Loving Officer of the nonprofit Department of Love. “I’m madly in love with life and all the things it has to offer.”

I first met him through a mutual friend the summer after my sophomore year of college. He was introduced as Michael Jukeson, a performative extension of himself and name tied to many of his projects. I remember noticing his mullet – a hairdo he was known for- and his brightly colored tank tops. Years later, we reconnected after I became aware of his public service projects.

Now, he wears heart-patterned shirts more often than neon, but he still has the same overwhelming enthusiasm for life. An Indianapolis native, he has dedicated his personal and professional life to performing and encouraging altruistic love, which he says is “A lot of fun!”

Speaking with him is sometimes surreal.  Dropping things in conversation like “I’m crazy about love!” with such genuine conviction, he catches people off-guard. He’s even known to take a moment to celebrate the serendipity of occurrences most of us would never have a second thought about. He once wrote me that he was really excited with the magic of the orange – a fruit you peel that’s already separated into perfectly-sized pieces.

His tweets and Facebook posts say things like “You deserve love! Oh, you make mistakes? That’s cool! Me too! You still deserve love! ‘Yeah but…’ No buts! You deserve love!” It’s inevitably comforting. He’s inspiring without being patronizing and generous without having an ulterior motive.

But he’s more than just a positive person. Wolverton is a meticulously motivated thinker and organizer who’s put his passion into strategic action to promote his vision of the world he wants to live in. “I have a rule with myself, if I have an idea, I just go for it,” he says.

Whether that be a Craigslist lookalike website offering things like chest hair and autographed selfies (yes, that happened), or currently studying an individualized major program at Butler University in Love (he also has a BA from Indiana University in Studio Art with a concentration in ceramics), Wolverton does what he dreams of doing.

In 2016, he took his dog, Bro, and drove across the U.S. in a yellow RV to do an act of love each day. During The Loving Year, as it was called, he volunteered at countless community organizations and did things like pass out hearts that said “I love you!” to strangers and set up a “Take a Compliment Box” full of positive messages.

For him, love is the ultimate creator of value in our society. We don’t nurture the altruistic side of love – what he calls “other-centered love” which, besides benefiting humanity, makes us better at romantic love.

Wolverton explains, “Loving is a multi-transactional model of communication. Love creates external value in the lover to say this person is a value creator, and the person who is loved is worth of value as well.” He feels that, instead of feeling lost, we might realize our purpose simply by understanding ourselves as people who give and receive love.

Improving people’s lives has always been part of his mission, but it wasn’t until recently that the concept of love has become the focus. In 2013, Wolverton had launched the wildly popular project, No More Sad Initiative (this ‘playful side’ of love now exists as the subsect of the Department of Love called Make Love). Sad people sent him requests, and in turn he created short videos to their favorite songs. His impact, which reached as far as Australia and Denmark, was astounding, even for him.

That project focused on the dichotomy of happiness and sadness. Wolverton later realized that true happiness and joy, and whether you can be happy or sad, is connected to love and your ability to love.

“Love was this universal human thing that unites us in a really beautiful way… We all need to give love and receive love… some people derive happiness from things that aren’t value creating [but] rather value destroying, and some people get sad from the same inverse relationship,” he explains.

When social impact initiatives are established for the less fortunate, there are often critics who argue people are opportunistic. I recently asked Wolverton what he thinks.

He admitted that, just like anyone else, he too has pondered this question. In the world we live in – which “If we’re going to be honest, it’s a place that needs some work” – it’s unavoidable that someone might take advantage of his kindness. Cognizant of his prejudices, he tries to defy them. “Whenever I have the feeling of hesitation, I jump in anyway. Nearly every time it opens the doors to a really amazing experience,” he says.

There was a time during The Loving Year that he found a man with a dog holding a sign asking for money. Challenging what society tells us about people who beg in this manner, he still approached the man and asked if he wanted a meal. When the man mentioned his girlfriend, Wolverton felt slight hesitation but proceeded anyway. After all, he was on a trip dedicated to spreading love.

While they enjoyed their meal, Wolverton had a transformative experience. The man confessed that he hated begging in this way – he was embarrassed every day, but did it out of love for his girlfriend. They had met in rehab and were some of their only friends to stay clean. Now, she was dying from cancer and it was one of her last wishes to see the country before she passed on. The dog was a stray they had picked up along the way.  This meal “opened up this whole new idea of possibility of ways love can be expressed and given, and ways we can convince ourselves out of doing love,” he remembers.

A life lived in fear is not productive, and neither is love not given out of fear. Wolverton argues that if people do take advantage, that “speaks to their greater need in general for love.” For him, it’s always worth the risk.

Wolverton knows that not everyone in life is at a point to give love or be a “full-time lover,” but reminds us there’s a little something each one of us can do. “It’d be a fun planet if we all did one little thing a day!” He dares us to envision the impact that billions of small acts of kindness could produce. Can you imagine?

Interested in learning more about love and how to be loving? We asked Wolverton for his suggestions, and here’s what he said:

Allison is a freelance writer, ESL teacher, and tea and coconut water enthusiast. She writes about travel, bodies, love, human rights, and the awkward situations and entertaining conversations that happen in our daily lives.