The Invaluable Life Lesson I Learned From A Holocaust Survivor 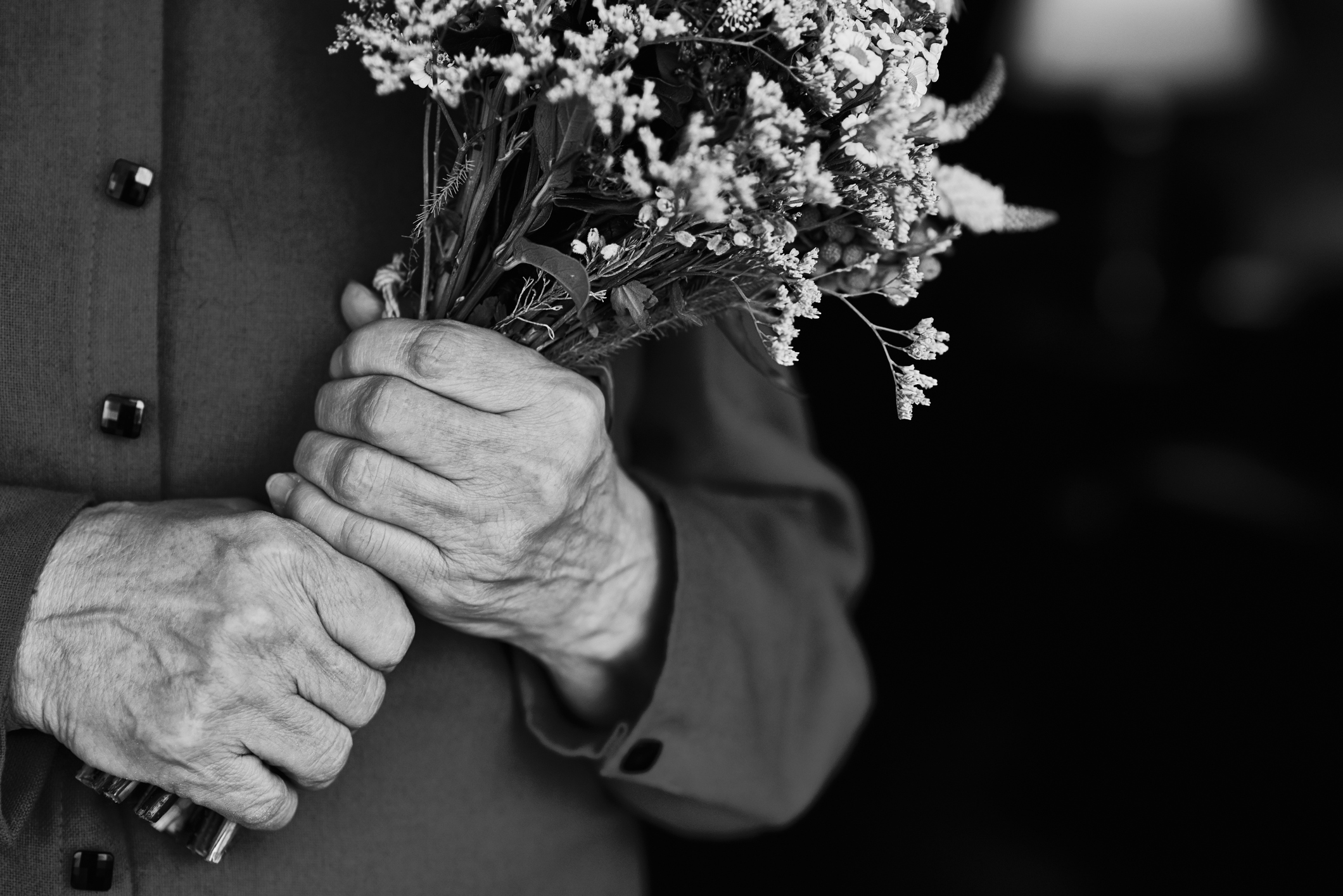 When I think of Gidon Lev, I see a white-haired man with bouquets of flowers in each hand, making his way through the apartment complexes of Bnei Brak, the ultra-Orthodox area just east of Tel Aviv. Gidon was born in what was then Czechoslovakia and is among the 1% of children who survived the Terezin concentration camp. His father and grandparents died in Auschwitz. Today, he is an old man who helped to build Israel, with six children and the youngest heart. He is lithe and graceful from his years as a dancer, his palms callused by life.

Gidon delivers flowers in neighboring areas of the city, infusing small doses of joy into the everyday lives of Israel’s residents residing ever on the brink of war.

Gidon entered my life at a moment of unraveling in American society. I was introduced to him and his book project at the same time that I planned my relocation to Charlottesville following the 2017 August rally, in which Neo-Nazis chanted “the Jews will not replace us,” as they marched past what is today my synagogue.

In my Jewish-Muslim family, the concurrent rise of anti-Semitic, anti-Muslim and racist incidents over the past few years shook me to the core. It was the desire to do something, to resist in both body and soul, that led me to work on Gidon’s book–what we (I along with his partner and co-author, Julie Gray), like to term “the last of the Holocaust memoirs”, but which is much, much more. Gidon cannot, I quickly learned, be reduced to “survivor,” as he has not only survived the unthinkable but thrived in spite of it.

Our friendship began virtually, divided by many generations and seas. Soon, however, I met Gidon in Jerusalem, my first and only trip to Israel. In December 2018, we sat in the café below the flat I had rented, named Ben Ami, meaning “son of my people.” Our conversation flowed with almost unsettling ease as if we had known each other for decades, connected by a history that he had lived, and the ghost of which haunted my childhood (like all Jewish children). The following week, I found myself in Gidon’s home, looking at old photographs, pressing his yellow star–eerily untouched by time–between my forefinger and thumb.

In our recent, but quickly intimate, friendship, Gidon has taught me what it means to embrace everyday joy. His embodied mantra is that we must also live in spite of fear, suffering, loss–all that came before or awaits us. From the impossibly beautiful shop of an Armenian jeweler who we visited to together in Jerusalem, to a crumbling cookie of walnuts and butter that we broke over coffee, he brought me back to the beauty of ordinary moments. Among the most memorable instances of my trip to Israel were the allure of Old Jerusalem at dusk, set against a pink horizon, and sitting in Gidon’s home, where we shared our histories, our hopes, and a babka that melted on our tongues.

Today in Charlottesville, on our streets lined with cherry blossoms and magnolias, beauty emerges in the turn of seasons, the scent of wood touching fire in this land of barbeque, and the sound of trains rolling over tracks, connecting the country like veins. I often walk with my son parallel to the tracks, where we spot eagles and dandelions that break through stone.

This is the “awe” that Rabbi Heschel wrote of, the majestic in the world cutting through the everyday, whether we imagine this as God or karma, life energy, or that which tethers us beyond our time, to our ancestors and our children, to an earth that will one day turn without us. This is our challenge, Jews and non-Jews, young and old across the globe, alike, to seek the gift of the ordinary in spite of the extraordinary suffering that continues, and that we must continue to fight: to remember, in the words of Gabriel Garcia Marquez, that “there is always something left to love”.

Late Israeli author, Amos Oz, wrote in a book written together with his daughter, Jews, and Words, “ours is not a bloodline but a text line.” Working on Gidon’s memoir has been not a task, but an opportunity to situate myself in this text line; it has freed me from a cage of worry, the grasp of insecurity inherent to our lives. Without knowing, or even meaning to, Gidon has given this gift to me: to stop for a moment, to see and embrace the ordinary beauty on offer in this world.

Months after my trip to Israel, I still feel its weight, as it moved so much in me. It connected me to a sometimes-uncomfortable ancestry and to global cultural history, from food to humor, that has defined much of my life. It did not only reconnect me with my past but also to a man who refuses to be defined by his own past, opening an unexpected new door into the same world, one in which I have too often overlooked the ordinary.

When I am saddened by the news or afraid today, I close my eyes, and I see Gidon in his living room, a man amongst hundreds of books. I think of how we were there together, for a moment of every day, breaking bread for the Sabbath as a hodgepodge of less-than-pious Jews, on the outskirts of Tel Aviv where he delivers roses wrapped in paper, grown at the edge of the desert against all odds.

I no longer think of how Gidon survived, but how he lived, and how Julie, Gidon and I embraced a chance given to us by this life: a chance for friendship, learning, and the interlinking of our lives in this text line. How, in spite of the warning sirens that went off in the air, the remembrance of suffering, even that cloth Jewish star, I felt at peace. I think of how we were together, completely and utterly alive.

Elisabeth Becker is a postdoctoral fellow with the Religion & Its Publics Project and the Institute for Advanced Studies in Culture at the University of Virginia, as well as a non-resident fellow with the Muslim Diaspora Initiative, New America Foundation. She is currently completing her academic book, a comparative ethnographic work on European mosques (Unsettled Islam, contracted with University of Chicago Press), and a memoir on her interfaith marriage, migration, and modern urban life (On the Edge of the Worlds, represented by Jessica Craig Literary).