The Holiday Season Is A Triumph Of Light Over Darkness 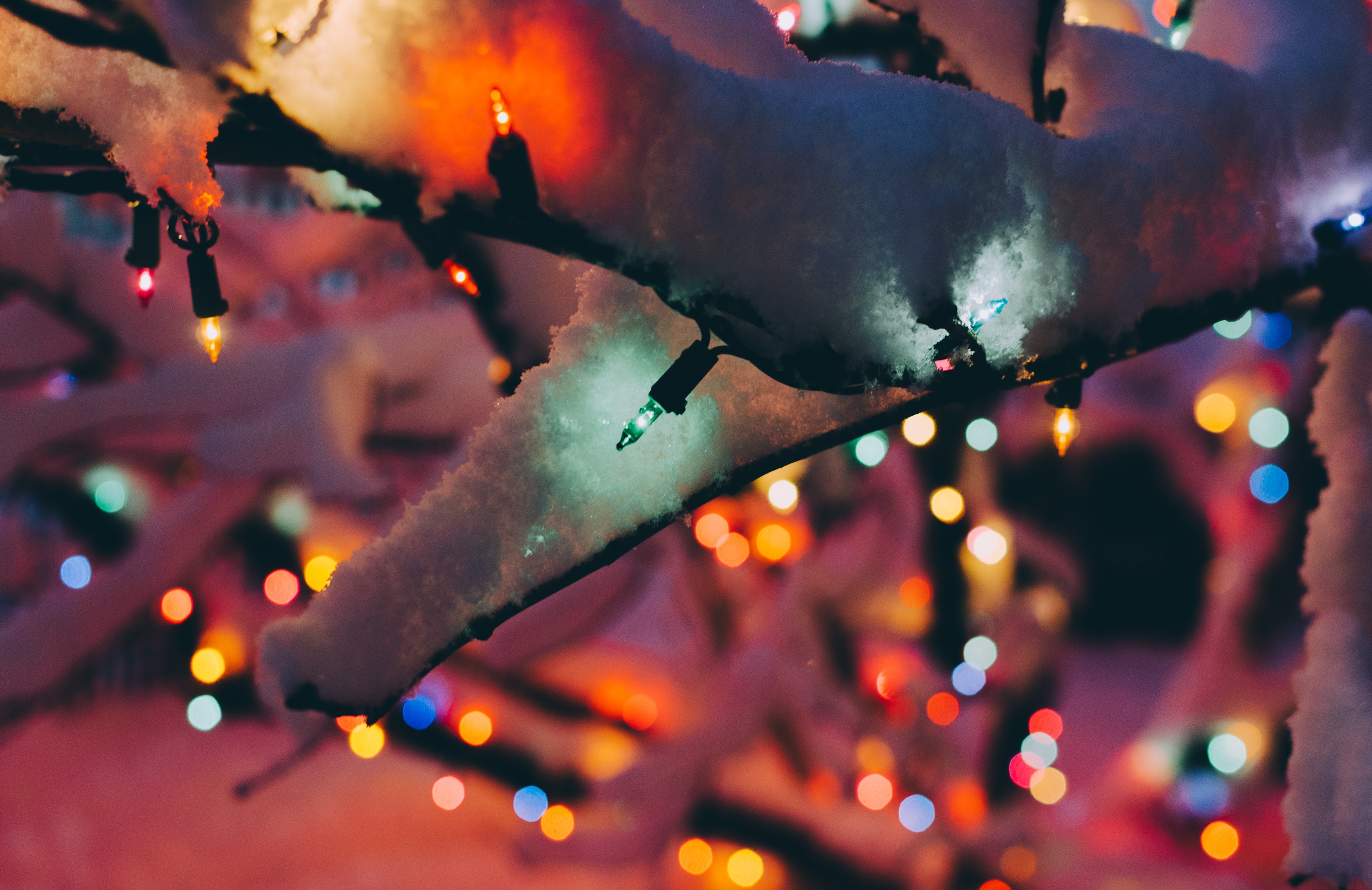 Embracing the Christmas season in a spiritually meaningful way often proves to be difficult in the face of near incessant commercial distraction. Too much stuff and too little substance clogs our senses and can give us a crippling case of holiday vertigo. But, at the heart of even the most garish displays of flashing neon lights and synthetic sparkling snow, there is a wondrous enlightenment at work. Christmas, Yule, Hanukah, and many winter feasts and festivals across the spread of religions, cultures, and historical epochs serve as what the Buddha famously called “a finger pointing to the moon,” and bear testimony to the presence of a light that darkness cannot destroy.

In the womb of death, when our ancestors struggled for survival in freezing climates and starving times, we are drawn to celebrate rebirth. Mother Earth slumbers beneath the snows of introspection, as do we, as the cold bears down upon our souls. And yet we are called to awaken from slumber and view the world through eyes restored to consciousness and a heart purified of egoism. We learn that we must lay ourselves down to pick ourselves up again. We must die to be reborn. Just as in nature, so it is within us. As above, so below.

Is not the fingerprint of the divine borne out, in so many different ways across the broad, sweeping snowdrift of time and space, at the cross-section of the ageless Chasm? Celtic bards called it “the fire in the head,” the pulse of man’s yearning, and “the spark in every creature’s eye,” as all of creation yearns for the return of the Green Man who lost his throne to the Holly King when the Wheel of the Year turned. And yet there is still hope.

“All is growing and expanding,” begins the Winter Solstice greeting. “Blessed be! The light has come!” It touches upon the spiritual expansion lying at the root of these winter festivals, that part of us which glories in light and warmth and longing and waiting. For Christians, this reality parallels with the coming of Christ into the world as a tiny infant shivering in a cattle trough, and a brilliant star that heralds the night of His coming. In this most vulnerable of forms, we unmask the divine. “I cannot fear a God who made Himself small for me,” said St. Therese of Lisieux.

But there should be more to Christmas than just the celebration of Christ’s birth. It should serve as the beginning of an epic that transforms our inner world, and the rituals of Advent should serve as the prologue whereby we prepare for the first spellbinding chapter. There’s a thread running through Christmas that ties into so many other Christological elements, including that of the Divine Lover and Suffering Servant, in concert with the poetry of St. John of the Cross, whose feast aptly coincides with the Advent season on December 14. He speaks of night, not as a thing to fear, but as a place where union with the divine may be sought out: “O night, thou was my guide! O night more loving than the rising sun! O night that joined the lover to the beloved one, transforming each of them into the other…”

This depth and dimension often gets overlooked in favor of an over-sentimentalized version of the season. It is a three-dimensional sort of depth, set against the backdrop of pain and poverty in a harsh landscape. It is brittle bleakness in the bleak midwinter, bearing up against the frosty wind, iron ground, and stone water. The elements have given up their ghosts, and seem to be suspended in a state of waiting: waiting for the light, the breath, the rush of some solitary stirring that speaks of life’s return. Humanity is led astray and held in bondage by the powers of evil, and yet God will submerge Himself in the darkness of a cave to be born of us in flesh and blood.

Some early Christmas carols can capture this stark freshness, like the sting of the winter air on our cheeks. English carols, in particular, hold the deepest resonance, seeming to be imbued with mist, and rain, and soil, and sea. It is freshness of light piercing dark for the first time, of song piercing the silence, and the sky being rent by angel trumpets and an infant’s wail. It is the town crier making his rounds: “Past three o’clock, and a cold frosty morning! Past three o’clock! Good morrow, masters, all!”

We are being called out of our comfort zone to go out and sing it alone into the night, and into the moon, and challenge the dark; to brave the winter chill and sing the old carols at the top of our lungs, talking to the emptiness of the night. “Darkness, you can’t frighten me; I’ll walk into the heart of you, and I’ll sing because your reign is ending.”

That is the empowering aspect of the season. Making a reference to Disney’s Frozen, we feel the urge to banish our fears and cry out, “Let the storm rage on; the cold never bothered me, anyway.” But in our case, the cold really has bothered us, and our fears are ever so real. But we now unearth the sparkling treasure chest of grace, hidden in the hardened ground. Our souls are burning bright within us from anticipation as the lid opens

We are drawn by the purple breath of flame, and the glinting steel of the snow with an intensity that gives us but a small glimpse of our yearning for a greater reality. We look to the evergreen and the holly to show us that the woods will turn green again. We keep vigil through the darkest of nights to await the return of the newborn sun of fire and the infant Son of God. We light our candles round the Advent wreath or on the Menorah, one at a time, with longing, licking at the stems and melting the wax of our hearts. We remember a star’s transcendence and the oil that would not run dry.

C.S. Lewis called this awe of something greater than ourselves something “numinous.” Christian mystics such as St. Teresa of Avila have encountered it in its most intense form as a transreverberation, that ultimate sense of finding heaven on earth, crossing time and eternity in a mystical marriage of agony and ecstasy with the divine. Hunter’s horn beckons, and angel’s dart pierces us through.  “Deep is calling on deep in the roar of waters,” so the Psalmist says, who yearns for the divine presence as a deer yearns for running streams.

When the world falls silent, we can hear the surging of our own souls, and a trickling beneath the ice. We can strip off our superfluous outer garments and dive into the depths of ourselves. Like the Eastern Orthodox Christians of Russia and the Ukraine, we can bathe in the icy waters to melt our hearts. In the words of the Sufi mystic Rumi: “Be melting snow. Wash yourself of yourself. A white flower grows in the quietness. Let your tongue become that flower.”

And surely that is the only way to truly reclaim oneself, is it not?

Winter brings with it a need to reflect internally, to go deeper within ourselves, and emerge with the meaning of life. For it is when we are stripped from our exterior possessions, when we find ourselves becoming lean, that we discover the weight of what is left. We discover the worth of our interior treasure. We cultivate this through the telling of tales that wake us up and thaw us out and perhaps leave us something nourishing to see us to the spring. So it was within ancient long houses and tribal fires, where the deepest flames of inspiration were stoked and bards wove their yarns so the people would not be afraid of the dark.