The Hardest Person to Forgive 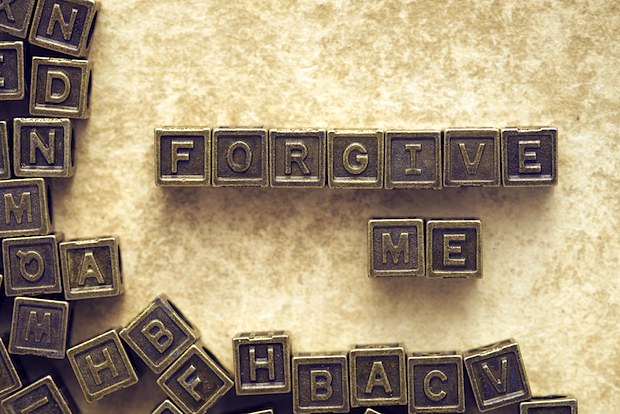 Who is the hardest person to forgive? An abusive parent? A partner who betrayed you? One who shattered our world with mass violence? Well, according to Google, based on the volume of responses to this question, the answer is: yourself.

But is that true?

I’m not challenging the accuracy of the claim that self-forgiveness is the hardest to practice. Far be it from me to challenge Google’s all-knowing, all-powerful algorithms, and their power to shape our lives! Well, perhaps I should (at least the latter) but that is for another time. For now, I’m just wondering why the notion of self-forgiveness, as popular as it is, seems to be so difficult. I have two theories.

Theory one goes something like this: People go on and on about self-forgiveness being so hard, and so important and so everything else, because it helps them avoid the tough work of forgiving others – or the often even tougher work of seeking forgiveness. At its worst, obsessing about self-forgiveness is well-packaged New-Age narcissism, which helps us feel noble and enlightened for worrying mostly about ourselves. And I do think that’s a part of what fuels the popular fascination with self-forgiveness (part).

Who we have been is a part of who we are, but no more so than the person we are becoming.

And that’s where theory two comes in, based on the fact that no matter what, there’s only one you. Each of us is unique and infinitely complex. The process of making sense of our lives, filling our days with meaning, purpose and love is ultimately a task – and a blessing – that’s ours alone. Others can and must help, just as we can and must help others. But we each have to run our own race because we really are unique; nobody can run that race for us (make that journey, row that boat or whatever other metaphor works best for you). And that’s why it’s both genuinely so hard, and so fundamentally important, to forgive ourselves.

It’s hard, because when we forgive ourselves we’re actually letting go of a piece of what makes us uniquely ourselves. And even if that piece we are forgiving/letting go is not a “good” piece, that kind of change can be as scary and destabilizing as it is beneficial.

Of course – and here’s the hopeful part – forgiving/letting go will also reveal a new part of what makes us uniquely ourselves. So we have something to forward to: experiencing more of who we are/have always been/are meant to become.

It’s much more than a narcissistic dodge to acknowledge that the hardest person to forgive is yourself. It’s about appreciating that we’re all works in progress. It’s realizing that, not having been the person we may have wanted to be in the past (however painful that may be now) doesn’t mean that’s who we “really are” and so we can’t get past it or forgive ourselves for it.

We are our past, our present and our future selves.

We are our “best” selves and our “worst” selves.

We are – to offer what I hope is a helpful metaphor – the paints on the pallet and the artist who will use them, more than we’re any one particular painting.

Self-forgiveness is simply the practice of taking up the brush, and knowing that we have the ability to paint again, however we may feel about our past work.