The Delusion of The Triple Package 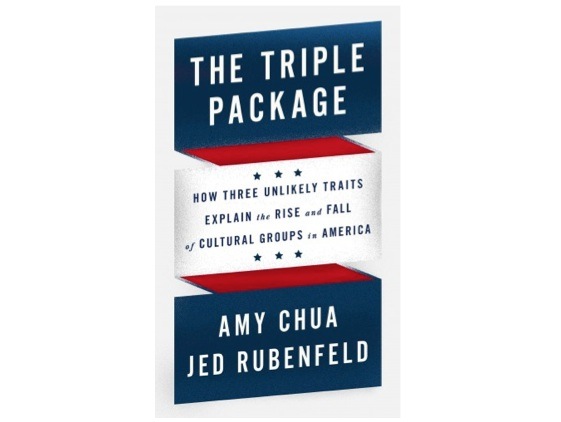 It takes just a few hours to read “Tiger Mom” Amy Chua and her husband, fellow Yale law professor, Jed Rubenfeld’s new book, The Triple Package: How Three Unlikely Traits Explain the Rise and Fall of Cultural Groups in America. And it takes even less time to realize the wisdom in this book isn’t in its ideas but in understanding why such ideas resonate and the harm they do to us personally and collectively.

The thesis of this book is simple. There are three (that’s right, three) psychological characteristics shared by all of America’s overachieving subgroups (including the Chinese, Indians, Jews, Mormons – except fundamentalists – Cubans and Nigerians):
??? ?A group superiority complex,
??? ?Insecurity about one’s personal worth and status, and
??? ?Impulse control, i.e., particularly the ability to resist the temptation to surrender when the going gets tough.

Despite being universally discredited for its shoddy scholarship, this book has garnered tremendous public attention. Why? In a moment of profound economic vulnerability for increasingly large numbers of Americans and of increasing unprecedented prosperity for decreasing numbers of Americans, this book plays into the desperate hopes of the former and the self-affirming delusions of the latter. Narrowing the definition of success down to material and financial success and offering a reductionist understanding of why we succeed, this book provides an (illusionary) prescription of control to millions of Americans who through no fault of their own are experiencing great economic security: Just create your own Triple Package and you can be successful! And far more harmful, it offers a self-righteous and self-congratulatory justification for those Americans experiencing unprecedented success as if following the right cultural/psychological cocktail is more responsible for their success than good fortune and social advantage yet alone an increasingly rigged political and economic system.

Like so many self-help books these days – though far more pernicious because it is in the guise of scholarship – this book suggests to desperate people all they need to do is ‘get it together’ to be successful. And it invites successful people to think their success is merely the result of their own work and virtuous character and conversely, that those financially in need of help deserve their plight for either being lazy or somehow of questionable character. How neat – the vulnerable are to blame for what they don’t have and the successful are entitled to what do they have. No need to examine the political, economic, and social structures to understand success and vulnerability in America: Most Americans have apparently just lost their Triple Package.

Every great wisdom tradition on this planet teaches that we who are successful need to cultivate a sense of humility and indebtedness, as luck and grace are far more responsible for our success than however hard we work and virtuous we are. And given our success, to consequently feel an ever ratcheted up sense of concern and compassion for those not as lucky.

Here is a humbling thought…it struck me reading this book that you know which ethnic and cultural group probably exhibited the triple package of group superiority, insecurity and disciplined impulse control as deeply as any other group in recent history? The Nazis.