The Blessing of Being a Child of Holocaust Survivors 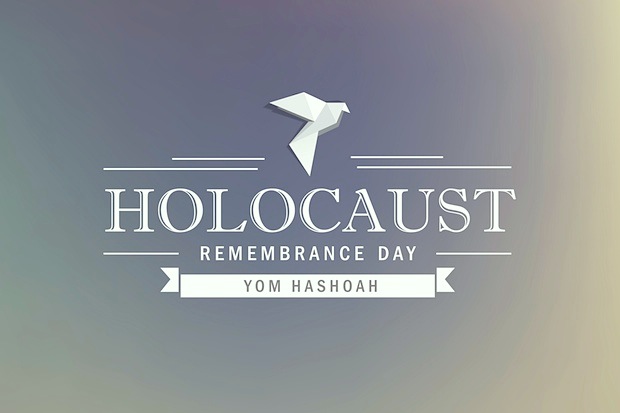 On Thursday, Jews across the world commemorate Yom Hashoah (Holocaust Remembrance Day). For survivors, it is a time to pause and recollect. For Jews everywhere, it is a time to affirm that we will never forget.

For me, Yom Hashoah is only an accentuation. I am the son of two Holocaust survivors, the grandchild of another survivor and of three grandparents who did not survive. I commemorate the Holocaust every day.

Children of survivors live in dual and occasionally dueling realities. On one hand, we did not ourselves witness the horrors of that time. There are some things we cannot know and we cannot feel. On the other hand, our knowledge of what happened to our families is so intimate that our senses – of suffering, pain, and fear – are exceptionally heightened. We were not there but we feel like we were.

This year, more than at any other time I can remember, there is a growing belief that we are at the beginning of an inevitable wave of anti-Semitism. I do not share that belief.

There is indeed great danger in the world; militant extremism is on the rise and hatred seems to be spreading like wildfire. Anger at Israel has morphed into rejection and detestation. Anti-Semites have capitalized on this opportunity to infect the world again with their disease.

This is cause for great concern and for thoughtful, concerted action. Unfortunately, it also evokes fearful feelings; it taps into the collective Jewish memory in ways that make it hard to be thoughtful. And this leads to reckless and impulsive actions, which are cause for equally great concern.

If we understand this perspective, then we can understand how the deeply passionate and rigidly felt beliefs of Prime Minister Benjamin Netanyahu could lead him to risk causing serious damage to the institution of bipartisan support for Israel from Israel’s most important ally, the United States.

This perspective helps us understand those who experience the collective trauma of our people so deeply that they make absurd associations – such as comparing leaders of the Western World in 2015 to arch villains of the Jewish people. It helps us understand how a prominent religious Zionist, Rabbi Shlomo Aviner, the head of the Ateret Yerushalayim Yeshiva in Jerusalem, could associate U.S. President Barack Obama with Haman, the iconic villain of Jewish tradition. It allows us to understand why Shmuley Boteach, an influential American Orthodox rabbi, has compared the U.S. president to British Prime Minister Neville Chamberlain, who in 1938 – in a historic act of appeasement – co-signed the Munich Agreement with Adolf Hitler.

After inheriting centuries of persecution and genocide, it is not surprising that the fear of others with whom we share this world can still be so strong.

Rabbi Irwin Kula, the President of Clal, the National Jewish Center for Learning and Leadership, described to me how “through a blend of ritual, repression, and pragmatism, Jews have historically contained the rage, fury, anger, fear, and humiliation that have been so much a part of our psyche. So many of our reference points are stories of trauma that they filter our view of the present.”

Whatever one thinks about Obama’s policies, he is not an appeaser and he is not bent on destroying the Jewish state. In announcing the framework for preventing Iran from acquiring a nuclear weapon, the president said there would be “no daylight when it comes to our support for Israel’s security and our concerns about Iran’s destabilizing policies and threats toward Israel” when it comes to Israel’s security and to threats and belligerent actions by Iran against Israel.

Obama, like the presidents before him, is guided by an unwavering commitment to the security and well-being of the United States. That commitment incorporates being faithful to our country’s most important allies, including our closest friend in the Middle East, Israel.

There is no Chamberlain today. There is no Vichy France. Today, the leaders of Britain, France and Germany are fierce opponents of anti-Semitism. As European Jews face greater danger in the 21st century, European leaders have stood by them and pledged to protect them.

As the child of survivors, my view of the present is different from the views of my parents and of other survivors. I can step away from the fear and the pain more easily. At the same time, my relationship to my forbearers and to my people is too intimate for me to step too far away.

Learning how to modulate the relationship between pain and possibility is the great challenge of being Jewish after the Holocaust and the creation of the State of Israel. Knowing how to do so is the great blessing of being a child of survivors.

This article originally appeared on Haaretz.com on April 15, 2015. Republished with permission from the author.

Jonathan Jacoby is Sr. Advisor to the CEO and a Vice President of New Israel Fund.