How I Learned To Stop Worrying And Love The Election 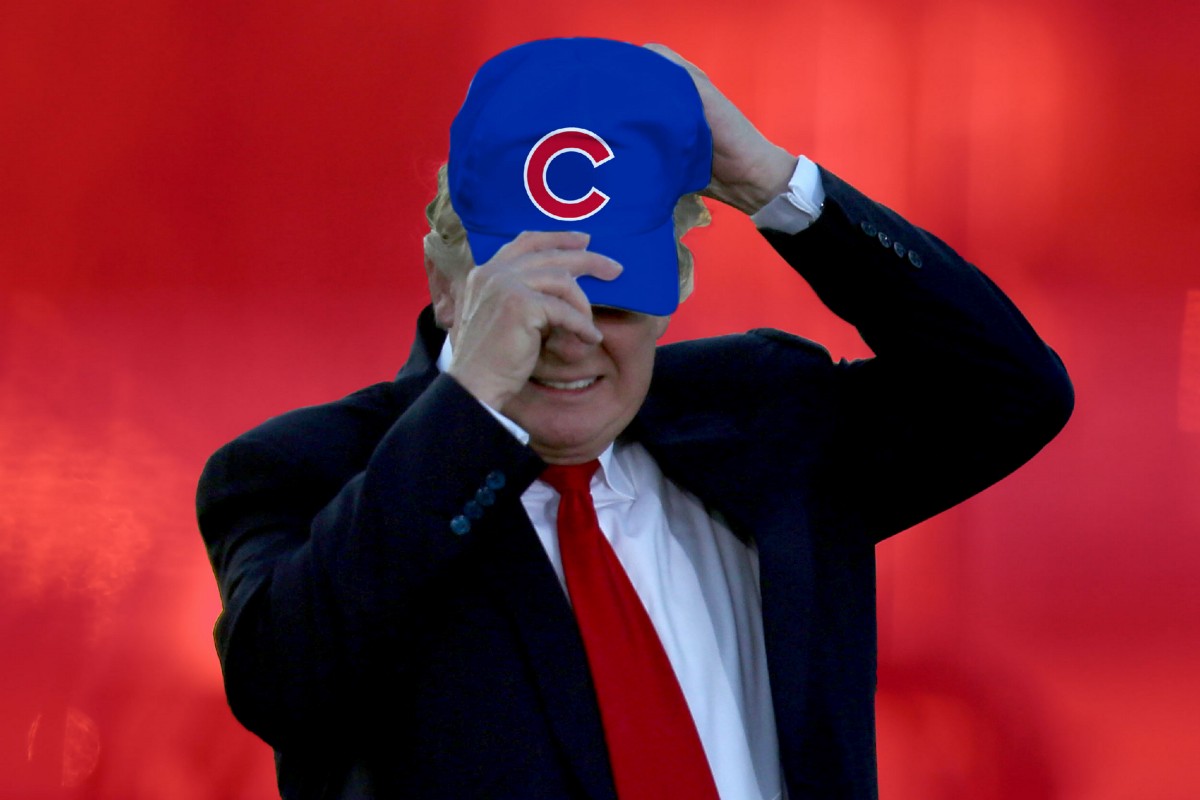 Think of this post as a kind of “Morning After Pill” for the presidential election — one you take the day before.  No, that’s not an oxymoron.  It’s my way of suggesting that we begin today, to look past tomorrow, as a way to lessen the anxiety which so many people are feeling about the potential outcomes of this presidential election.  The inspiration for all this comes from last week’s World Series victory of the Chicago Cubs over the Cleveland Indians, but you need not be a sports fan to make the most my prescription.

Full disclosure:  I write this as a lifelong Cubs fan – one who literally danced around the room with my wife when that last catch was made and history was reversed after 108 years.  I am also writing this as one who thinks that Hillary will win tomorrow, and as one who sees that as being, on balance, a good thing.  And finally, I am writing this as one who appreciates that regardless of the electoral numbers which are likely to put Secretary Clinton in the Oval Office, there will be a significant number of fellow citizens who will feel about that outcome pretty much as I would about its opposite, which returns us to the recent World Series.

As the Series began, I had a theory which helped me deal with the possible disappointment of a Cubs defeat.  My theory hinged on the fact that given the two teams playing against each other, it would be a sort of moral victory, regardless of who won.  Both the Cubs and the Indians are typically seen as “loser teams”, and each had gone generations without a championship, so either way, I could live with the outcome, even though one would make me much happier than the other.

I am glad that the Cubs won and that my theory was not tested, and I appreciate that the stakes in a US presidential election are far higher than in a World Series, even for the greatest of fans, but I think the same approach works, at least in this election where we have unprecedented negative opinion ratings for both candidates, and deep lack of enthusiasm even from many of their pledged supporters.  Like my approach to the Series though, this is about figuring out how best to live with a situation which makes you less than happy.

Rather than get as anxious, as so many people are, about who wins tomorrow, as important as that may be, we need to ask ourselves what we can live with even when we can’t have what we ideally want.  We need to ask that for two reasons.

First, if “our” side wins, whichever side that may be, we will still need to function as a country and that demands hearing from, and learning from, those we currently oppose.  If we don’t, we simply get more paralysis and worse, confirm the very disenfranchisement which fuels the other side.

Second, that other side might actually win, and despite all of the claims about people leaving the country and such, should that happen, people are staying put and we all need to live here together.  We will need to make the best of what we deem to be a bad situation, or risk making it much worse.

So while the title of this post is a slight exaggeration, and I can’t say that I am loving this election, by looking toward the morning after, asking how I could live with not getting the result I ideally want, and asking others who don’t get what they want to do the same, I am reconnecting with the idea that we are all in this together, and that like it or not, we actually need each other.  In fact, whoever wins tomorrow, whether at the top of the ballot, or further down the ballot, the only thing I want to know is how they will deal with the losing side.

And for the losers, the only thing about which I care,  is their plan for actually getting anything done given that they will feel like Cleveland fans, not Cub fans.  How will they further the “game” we are playing, and not simply spin up conspiracy theories and spew outrage which actually harm that game regardless of who has won any particular match up?

Cubs fans loved baseball more than victory for 108 years.  It was good for baseball and it made this championship all the sweeter.  We should settle for nothing less from ourselves or from others.  At very least, it beats making ourselves crazy over that which we cannot control, and charts a path to making a difference where we can, regardless of who wins or loses tomorrow.