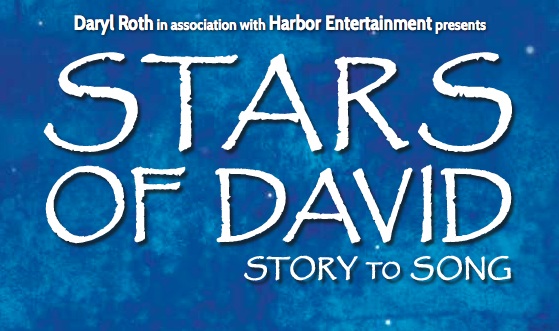 Over the weekend I went to see the off Broadway musical, Stars of David, based on Abigail Pogrebin’s best-selling book of the same name.? The show is great fun and reveals and celebrates the Jewish identity of some of the most well known Jewish personalities in America including Ruth Bader Ginsburg, Leonard Nimoy, Michael Feinstein, Norman Lear, Joan Rivers, Kenneth Cole, Tony Kushner and more. The 16 songs, composed by a who’s who of composers, are touching, humorous, insightful and moving.

Stars of David is for any of us questioning the value and the resonance of our cultural and religious identity. What group do we belong to, how does our attachment make a difference in our lives, and why do we feel pride when a member of our group becomes famous?? How do we include our group’s best aspirations, expressions, and traditions while transcending its worst fears, manifestations, and behaviors? What makes our group unique and why is it worth preserving? What have we continued from our parents and what do we want our children to continue?? These are good questions as our world becomes increasingly and paradoxically both more globalized and more tribal. It turns out every generation has to answer these questions for themselves and no generation has more freedom, permission, and choice to do so than ours.