The Starbucks Cup: It’s About Conversation 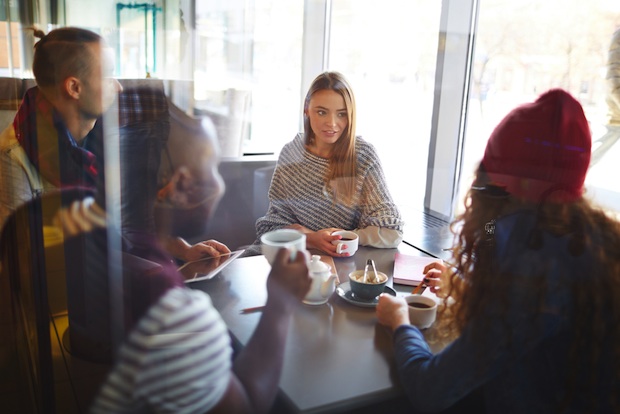 To paraphrase a famous statement, nonsense is nonsense, but the reaction to nonsense is worth looking at. What was at the bottom of the Starbucks cup controversy for me is not what it said about Christians and Christianity, but what it means for those of us who strive to make meaningful connections between religious traditions, rather than reinforce barriers.

At issue here is not watering down what is Christian to avoid offending someone who is not Christian. What is at issue is maintaining spaces that can be conducive to meeting on equal footing. The irony of this tempest in a coffee cup is that Starbucks, or other cafes, are among those places where some of my most interesting religious encounters take place – where there is a little fluidity allowing for two people studying a passage of the Christian bible to get into a conversation with a rabbi over the difference between faith and works. Or for a question about wearing a head covering to turn into a heartfelt exchange of blessings using different Divine names and different holy scripts.

There is power in shared ground, space that somehow fosters a deeper connection without being marked with symbols whose associations are too rigid. Of course, there is nothing inherently doctrinaire in snowflakes or even candy canes any more than the green logo set against a red background. Perhaps so many people have connected to stories about the red cups because they display so starkly what is at stake in maintaining places for respectful encounters or, conversely, in seeing each storefront as a winner take all religious battleground.

The greatest blessing and curse of the Christian ethos is its inclusivity. At its best, a universalism embracing all humanity. But there can also be a sense that there is no room to carve out difference, to find respect for a different tradition of belief or of non-belief. From a Jewish perspective, there is a lesson as well. If Christianity is two sides of the inclusivity coin, Judaism is blessed and challenged by its particularity and focus inward. What better place than a Starbucks to reinforce for us the truth that we live in a world of blended identities? To recognize the benefit of using the same red cups (with or without snowflakes) rather than having our own blue ones.

Common meeting places provide the opportunity to encounter not only others but even my own otherness in a way that is not threatening. Ultimately that is a value worth recognizing and preserving in any season.