Robin Hood, King Arthur, And The Call To Stand For Justice 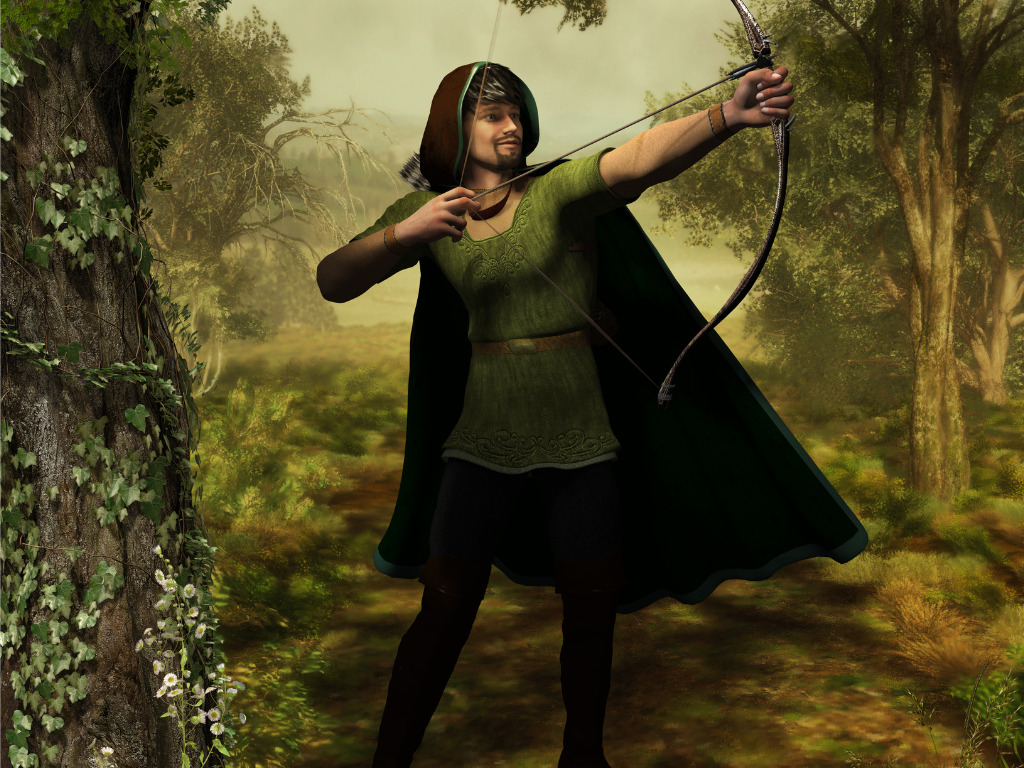 Somewhere between the ages of five and six, I fell in love with the legend of Robin Hood via the charming Disney animated classic depicting him, most appropriately, as a dashing, clever, and empathetic forest fox. He was undeniably my first crush. I must have subliminally committed to memory most of the lines of the film, and, if called upon, can still rattle off large swathes of them. It also assured that I couldn’t manage to go outside to the surrounding fields and woods around my house without picking up sticks to brandish or bend into bows. I started collecting Robin Hood memorabilia including puppets, comic books, lunchboxes and more, all of which still sit happily on a shelf in my computer room.

One of the most memorable scenes of the cartoon for me was when Robin visits an impoverished rabbit family, saving a baby rabbit’s birthday from being ruined by the greedy sheriff who robs them of their last coin. After Robin Hood cheers up the little fellow by giving him his own bow and arrow, as well as Robin’s trade-mark hat, the mother rabbit, with tears in her eyes, remarks, “Oh, Robin Hood, Robin Hood, you risk so much to keep our hopes alive. Bless you, bless you.” Robin himself gives her a bag of gold and tells her, “I only wish I could do more. And keep your chin up. Someday there’ll be happiness again in Nottingham; you’ll see.”

That, to me, is the spiritual synthesis of the legend of Robin Hood. It’s about the goodness of the human spirit that endures even in the face of cruelty and oppression, and the assurance that there is always hope, even in the simplest of things, the smallest glimmers of light at the end of the tunnel. Resistance is not futile, for a dream that is true never dies. That is the meaning of heroism, leaving behind a message that cannot be claimed by death, a song that is ceaseless, but taps into the eternal root of our souls. There is a phrase that the spirit of Robin Hood is in all the forests of the world. Perhaps this ties into still older pagan mythologies involving Herne the Hunter, and the Green Man, maintaining the life force of the wilderness.

Yet, there is something in it also shot through with a genuine sense of Christian belief that is so much a part of medieval English culture, because it appeals to the spirit of the law, to natural law, deeper than any man-made construct. As St. Augustine put it, “An unjust law is no law at all.” Furthermore, the belief that even the grimmest of situations may be turned “merry,” hearkens back to the notion that victory has already been gained against the forces of darkness. This attraction to Robin’s “rebel spirit” soon drew me to be interested in all things involving England, and, by extension, the whole of the British Isles. Therefore, I owe a particularly deep debt of gratitude to the Prince of Thieves who stole my heart.

Of course, we will never know the true historical facts about either King Arthur or Robin Hood, whether they existed as singular figures or are mythological mash-ups of any number of characters and themes that continue to have a universal appeal.  In the case of Robin, it is likely that the legend took shape around a number of different men who defied the oppressive Norman poaching laws and took refuge in the great forests of the Midland and Northern counties of England over the course of the medieval period. Sir Walter Scott helped fix an imaginative time and date as coinciding with the Third Crusade, during the reign of Richard the Lionheart, and his struggle to reclaim his throne from his scheming brother, Prince John “Lackland.” Whatever the true origin point, the spirit of resistance and that beautiful blend of history and romance built a legend into which each passing generation has breathed new life.

While Robin Hood can be called the quintessential British hero of the common man, King Arthur can be called the quintessential British ideal of kings. Although mythologically embroidered, Arthur, in his raw essence, was a symbol of resistance to the Celtic tribes against the invasion of the Anglos, Saxons, and Jutes. Over time, he became a symbol of mankind striving after a perfect society in the face of extreme odds, and failing, due to sin from within, making a compelling case for both the Christian belief in the fallen nature of man and the earlier pagan belief in the cycle of life, destruction, and ultimate rebirth.

Arthur’s adventures contain many allegories and demonstrations of the complexity of human nature, often stepping outside of our world and drifting into the realm of the archetypal subconscious, drawing heavily from Celtic sagas and knitting together both pagan and Christian traditions. The result is a surreal, evocative, melancholic, and sometimes even horrific world where there is still the undeniable presence of some divine destiny that makes even the most despairing outcomes contain a seed of new life to grow upon the turning of the next season and the next phase of man. Lord Tennyson wrote in his Idylls of the King, “The old order changeth, yielding place to new, and God fulfils himself in many ways…”

In this way, perhaps the paramount heroes of British legend and lore fulfill each other, in that Arthur’s Camelot is a place for the building of justice and equality in a structural setting, whereas Robin’s Sherwood is a haven of the outcasts, when all other structures have rotted and crumbled away. Perhaps it is the careful balance of obedience and resistance, lawful authority and justified defiance, that makes up the necessary tension of the human experience. We each have our own stories that fit into the cycles of rising, descending, and rising again. We are called to pull out our own swords from stones and pull back our own bowstrings made of yew.

And in that mirroring way that all archetypes provide us, each one of us goes on our own pilgrimage beyond the mists of Avalon and embarks on our own adventure into the depths of Sherwood Forest. There will be high action and intense emotion, as well lighter moments of fun and frolicking, and engrossing magic and mystery. It is also a call put out for all of us. In a world too often rife with injustice and tragedy, it is our duty, especially as those who wield the pen and craft our words into story and song, to take our own stand for right and remind the world that hope is still on the horizon. Perhaps this is the meeting point for Robin and Arthur’s heroism, and the potential for our own.