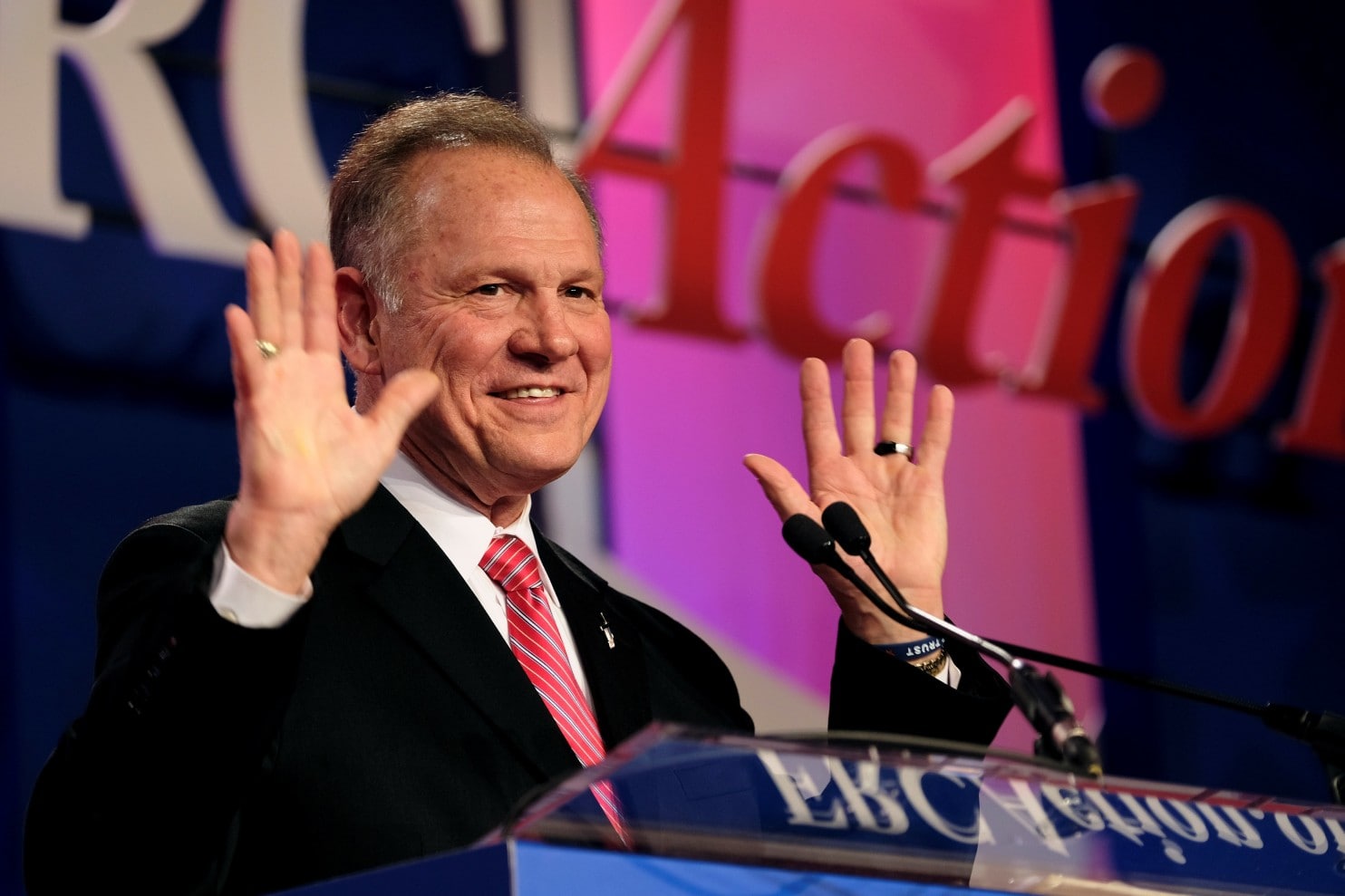 Why am I doing big math like that? It’s pretty simple. Those who favor President Trump’s new tax plan claim that it will save $1.5 trillion over a 10 year period. I have no interest in debating that right now. Whether it’s true or not, that’s their claim. If we take one year’s worth of that supposed savings, we get $150 billion. We’re taking one year because this is all happening in real time.

This year, as Roy Moore stands to become the next senator from Alabama, a move supported by the president and others precisely because it will help them advance this tax plan, we get $150 billion of savings, supposedly. Divide that number by the number of women and girls in this country, approximately 170 million… women and girls being the primary, not exclusive, but primary victims, of the sexual harassment cases, and I think all of the victims in the ones swirling around the political sphere right now. We get the number $882.35. When you divide $150 billion by 170 million you get $882.35.

We have a tragic, sick, perverse answer to what was meant to be a joke. How much for the women? How much would you sell your mom, your wife, your girlfriend, your daughter… any woman who you actually care about for? Forget love, just turn it into a commodity.

We now have political leaders who, unlike John Belushi, don’t see answering that question as a purposely provocative, altogether offensive joke, but as a way to make public policy. How much for the women? $882.35.

How much for the women? What are the rest of us going to do to return some sanity to a conversation that understands that, while yes, we are always making financial decisions about people’s lives, this is a level of perversity that’s unprecedented, at least in a very long time, and about which we will all be called to answer if we don’t figure out how to respond accordingly?

How much for the women? I guess we’re going to find out as a nation exactly what our answer is.