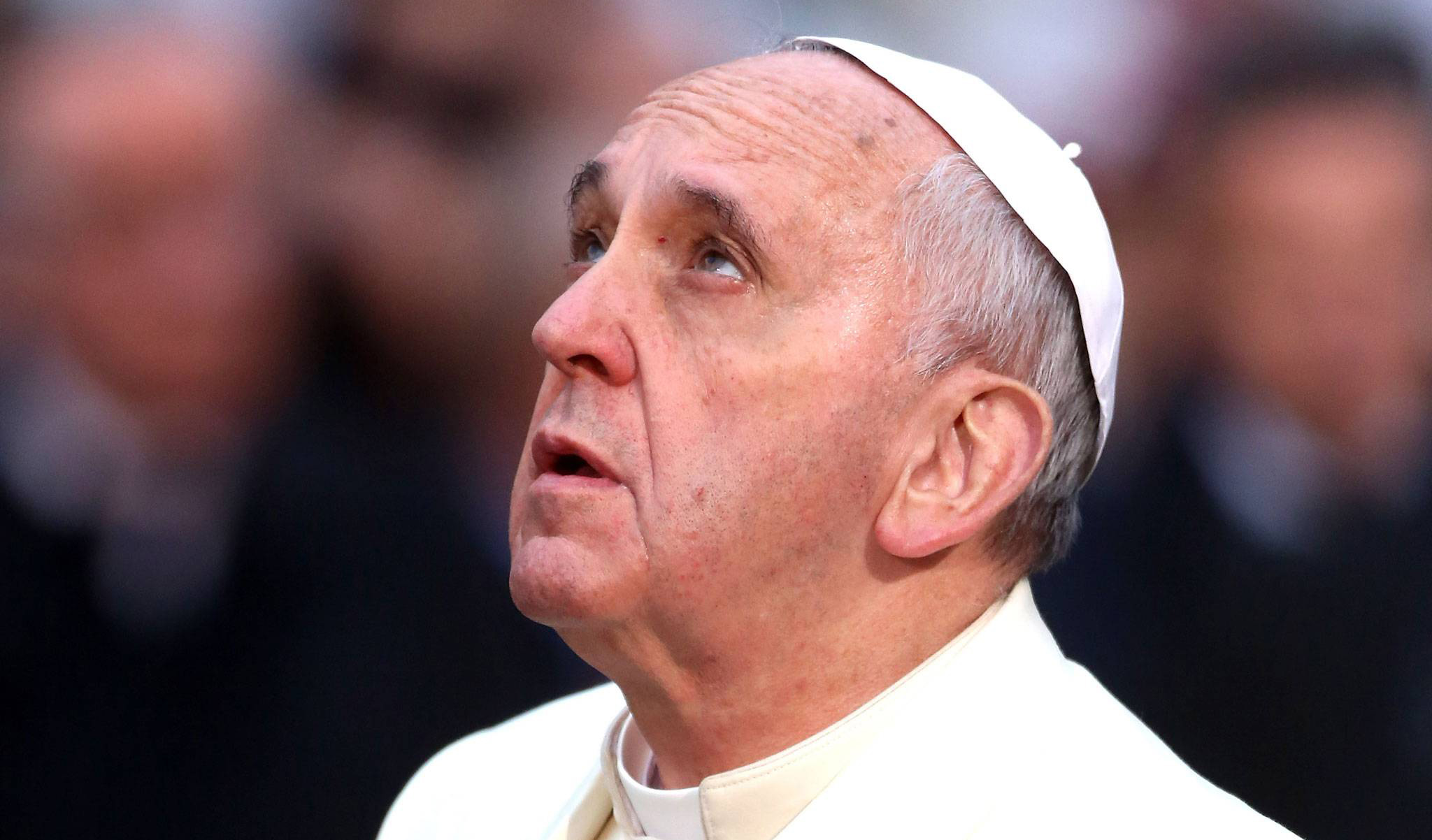 Two wrongs may not make a right, but they definitely can offer a moment of real moral clarity and insight. That’s what I’ve been thinking about since this past Saturday when hearing Pope Francis, someone who for me is often a beacon of moral clarity, even when we don’t always agree. In fact, there have been times when I have felt profound disagreement, and yet somehow Pope Francis speaks with a kind of deep sincerity and wisdom and embrace of the other that is almost always admirable and something from which I can almost always learn.

Today though, in addition to whatever I may have to learn from His Holiness,  I find myself today deeply troubled, by his words.  I am troubled, Pope Francis, by your remarks this past Saturday, the eve of Yom HaShoah, International Holocaust Remembrance Day.  I am also troubled, frankly, by my own response to the words that you uttered. But with great respect, I must begin with the Pope.

Having stood in a refugee center in Lesbos in the Greek Islands, you talked about people’s experiences there in what you described as a concentration camp. I don’t think it’s only the timing — the day before Yom HaShoah eve — that made it so painful.  It was that you got it so badly wrong, starting with the most basic facts, and facts matter.

It is important to get the facts straight, and not to spread what is the equivalent of fake news about the Holocaust. I am hoping, begging, pleading as one who considers himself a student of yours, albeit a Jewish student, to correct your mistake, and to correct this mistake with the same sensitivity that I am sure in your heart led to having made it.  Having been there and listened to a Muslim refugee describe how his Christian wife’s throat was slit because she refused to throw her cross to the ground, I can imagine your very large heart being torn apart.  That is why I’m also troubled not only by your remarks, but by my response.

I am concerned that I immediately got upset with you and didn’t go to the place that said, “If your heart, Pope Francis is so broken open that you went to that analogy, can I at least find a place in my heart not to accept the misstatement of the facts, but to appreciate the profound sensitivity and compassion for another human being that led you to misstate those facts.”

Also, we know that words do morph and meanings do change. People use the word crusade around me all the time, when referring to all sorts of events, and I don’t freak out.  I don’t feel the presence of the murdered, actually people who were murdered by the followers of your church Pope Francis, because enough time has passed that I can appreciate that language changes and expands. To use crusade in the 21st century has a different resonance than in the 19th, the 15th, or certainly in the 11th and 12th.

Maybe this is really a matter of finding a way to allow enough time to pass for enough wounds to heal, for there not to be actual victims still walking the earth that was burned by the Nazis 70 years ago, before we begin making those analogies. Maybe those of us who are upset and troubled by your use of that analogy need to use this opportunity to let our hearts break open a little bit more.

Yes, protect the facts, but also the fact that suffering is not zero sum, and that when those we love have died, whatever the circumstances, also open ourselves that at least at some level, a death is a death, a murder is a murder, and at some level they are all equal and need to be mourned equally.  Perhaps, Pope Francis, that’s the middle ground where we can find each other; your broken open heart and my moral outrage. The truth is, at least for our generation, we need to make room for both of them.