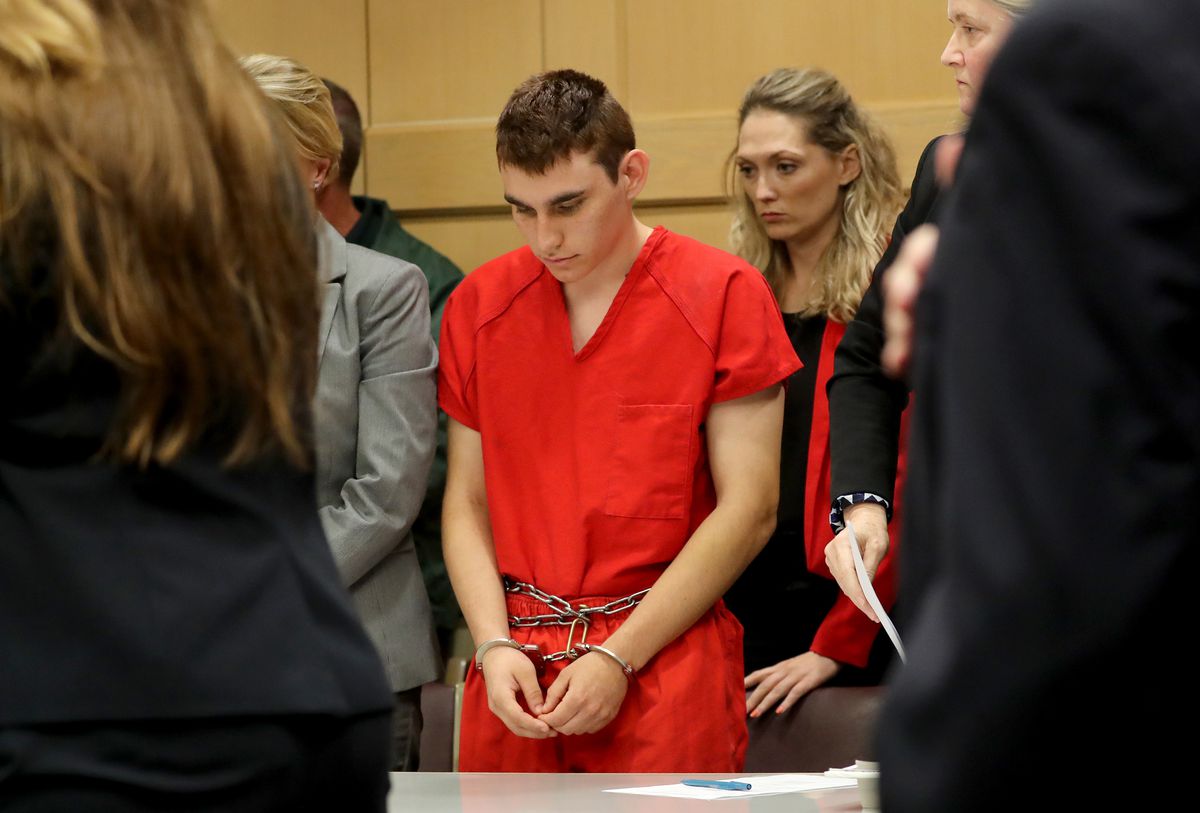 A few years ago, soon after the Sandy Hook massacre, my kids showed me the posts of a child in their school. They were memes that joked of murder, self-harm, and suicide. Pretty disturbing. Now it would seem that such posts would warrant the immediate reporting to the school, if not to law enforcement. Seems obvious. And yet it wasn’t.

My gut reaction was to try and get this kid expelled. I didn’t want someone who joked about such things… even if they were “jokes” as my kids tried to reassure me, in their classes.

But then I doubted myself. Maybe I was overreacting? Maybe he really just had a morbid sense of humor and drawing attention to him like this could be devastating? If he did get kicked out, maybe I would be responsible for ruining his chances at a good college, or a successful job?

Here was someone who was exhibiting unhealthy behaviors, in a public forum, and yet I wasn’t sure if I should respond. My kids begged me not to. They were worried that if it got back to him that their mother reported him, the other kids in their school would hate them. And they certainly didn’t want to live with the burden that they were responsible for whatever might happen to him.

In the end, I did report my concerns to the school. He was not expelled, but I was assured that the matter would be taken seriously and addressed. I do hope he was encouraged to get help. I hope he was able to speak to someone and at the very least understand why it was not OK to joke about such matters. And if they were not jokes, that he was treated for whatever thoughts or feelings led to those posts.

Fast forward a few years and we have just suffered another devastating school shooting. Seventeen children and adults are dead because a former student had the access and the desire to cause such carnage. And there were warnings. And they were heeded. He had been expelled. He had been reported to law enforcement. And yet, for whatever reason, he clearly did not receive the help he needed.

It is easy to point fingers at another and make this a political problem, issue or fix. And yet, I believe that each and every one of us are responsible. Whether we want to argue that no one should be armed or that everyone should be armed, we still have the issue that we must identify and treat a person who wants to kill. Of course, ensuring that such a person not have the ability to carry out their murderous desires is essential. But if they still have those desires, sooner or later, they will find a way to bring those thoughts to action.

We must figure out how we can help a potential school shooter 10 years before he or she ever creates a plan. Five years before. A year before. What can we do to ensure that no one has the desire to take innocent lives, be it out of some sense of revenge or hatred or diagnosable violent tendencies?

Our oldest is a freshman in college. Our other three are all in high-school. I watch as they deal with incredible stress and pressure, both academically and socially. I watch as they sometimes are overwhelmed by those feelings, leading to panic attacks or mini breakdowns. And as we try to offer comfort, support and open dialogue, I wonder about all the people out there who have no one to turn to. Or worse, are berated for feeling sensitive or hurt or overwhelmed.

As far as we have come as a society, there is still the belief that boys don’t cry. Boys shouldn’t cry. Being too open about how you feel is weak. Admitting that you are struggling is pathetic. Mental illness is stigmatized.

When I think back about my fear of reporting that child, a lot of it was the fear of stigmatizing him. I didn’t want to accuse him of being mentally ill. And yet, if he suffered from depression or anxiety or bipolar disorder or any other mental illness, I should have jumped at the chance to help get him help. You can be sure if I saw a child who had a physical disability not be able to access the school bathroom, I would be marching right in demanding that accommodations be provided for this child. I would garner support from other parents and ensure that every child in the school have what they need to succeed. And yet, when that need is a therapist, or mental health professional, suddenly it is no longer our business. It is not OK to talk about.

Our children spend the majority of their lives from ages 5-18 in school. They spend more time around their classmates and teachers than they do their family. And yet, how many people there really know them? How many have the time to explore how they are feeling, what they are thinking and if they are struggling? A survivor of this latest attack said the shooter had no friends. What does that mean to spend 7-8 hours of your day alone? Without someone to hang out with? Without someone to talk to?

If a child is in public school, their medical records are on file. We know if they are physically healthy, if they are up to date on their vaccinations, their height and weight and any allergies. But at what point do we ensure that they are mentally healthy?

Our teachers know how these kids are performing in class. They know their grades. They know if they have turned in their assignments and if they have passed their latest test. But there simply isn’t the time in the day or the resources in most schools to explore what is really going on in their minds and hearts.

Why don’t we have counseling and therapy as a required part of every single student’s schedule? And not just for those that are showing problems. It must be normalized. Why not have group therapy sessions for the whole class during the week, and even if only a few times a year, a mandatory one-on-one required check in with a trained mental health professional?

What if our health insurance, along with a yearly physical, required a yearly exam with a psychologist and psychiatrist. The costs involved in private evaluations and therapy are exorbitant. I have had so many friends that are worried about their own children, but don’t have the required thousands of dollars to evaluate, let alone treat, whatever diagnosis their child might receive. And for the kids whose parents aren’t paying enough attention or concerned to seek help, if at the very least there was a minimum of mental health provided in the school day and school year, there would be a first line of defense.

Our schools check our kids’ hearing and eyesight. If kids don’t pass certain physical tests or are not up to date with shots, they cannot attend school. Without a medical exam, kids can’t join sports teams. And yet, they can go to school, every single day, with an undiagnosed and untreated mental illness, and no one is stopping this unless their behavior warrants a response.

But by the time their behavior is a problem, it is often too late. We need to reach these kids when they are suffering from unhealthy thoughts. If they are turning those thoughts into speech and somehow expressing them, we need to pay attention. We cannot wait until they act on them.

Imagine if their school curriculum focused less on what they know and more on how they feel? We talk about personalized education to address educational needs. What about personalized education that engages that person’s thoughts, fears, and feelings? Are students taught that they are valuable? Are they shown that they are important and necessary individuals? Do they learn to find meaning in their lives and the world around them? Are they taught to look for purpose in themselves and others?

I wonder how many depressed, anxious, suffering and suicidal teens would open up if they simply have the chance. If opportunities to do so are available to them so they don’t have to reach out and ask for that help. That help should be provided when they don’t even think they need it. And maybe if it is provided it will prevent them from needing it.

We know how many successful adults today were once miserable teens. Quite a few of them even considered taking their lives. Many tried. Fortunately, not all were successful. Are we researching what helped them? What made them choose ultimately not to? What kept them going so that they are alive today?

And while it is hard to want to admit, I imagine we also have adults in our society today that considered or maybe even researched shooting up their school. Killing all those kids or teachers that perhaps they blamed for their misery. Or felt bullied by. What leads to that kind of apathy, misery and hatred for life and for the lives of others that one could be the source of such tragedy? Where is it stemming from? And what made them not go through with it?

We need to speak to and learn from those who have felt this way so that we can help others from ever feeling this way. We need to identify what their symptoms were and what were the red flags so we can be aware when they are in others. We need to know that unhealthy, negative, and violent thoughts, feelings and speech are likely to turn into action. And we have to do something before they do so that we are not reacting to tragedy but preventing it. We need to do this as a community. We need to do this as a society. We are all in this together. And we are all part of the solution.

Sara Esther Crispe, a writer, inspirational speaker and mother of four, is the Co-Director of interclusion, a social mosaic which perpetuates the arts, sciences, literature, and music through Jewish tradition. She was also the creator and editor of TheJewishWoman.org and has worked as a local producer for shows relating to Judaism on the Oprah Winfrey Network and HARPO Productions and Refinery29. She lives with her family in Danby, Vermont where they run Jewish experiential retreats.