Does Poverty Destroy Families, or Is it the Demise of Family that Increases Poverty? 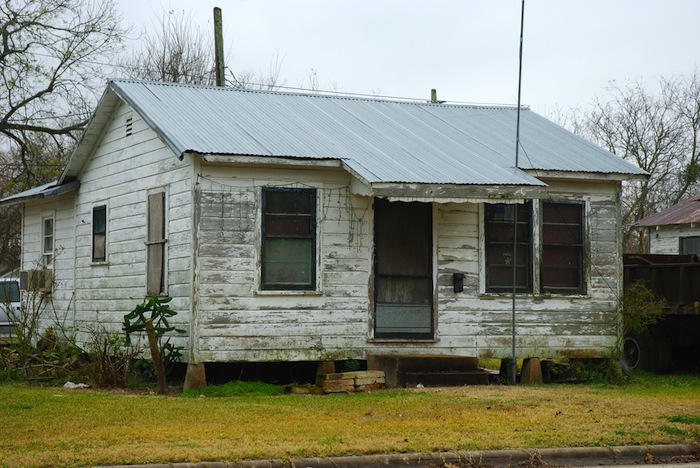 We know that the gaps in both earning and in education are widening in America.? A new Ohio State University study by Zhenchao Qian, Divergent Paths of American Families, suggests that the two are closely related: those possessing better educations and greater earnings are more likely to live in two parent stable families, and those with less education and money are less likely to get married, or stay married, and have kids being raised by only one, or even no, parents.

The analysis and commentary of the study run toward the assumption that poverty and limited education wreck families, but it seems to me that one could argue it’s actually the reverse – people living in less than stable families will not accomplish what they otherwise might, were their family situation different.? In fact, the study demonstrates correlation, NOT causation, but that doesn’t stop people from claiming otherwise.

So who’s right?? It doesn’t matter.? Both low levels of educational and economic achievement, as well as family instability, are issues that must be addressed, and it’s time for the different political camps to stop privileging one over the other.? Doing so may win elections, but it’s destroying the electorate!

Fighting about which drives which, education/money leading to family stability, or the other way around, is like fighting about whether your arms or your legs are more central to your ability to achieve all that you hope to achieve. It’s best to have them all, and if someone is lacking any of them, we need to help them out.? It’s the same thing here.

Despite all efforts to the contrary, the only thing we know for sure is that both of these issues are closely related and that whichever one you think is causal, it’s almost certainly more complicated, and we need to raise the bar on both of them.? Of course, that will be popular with ideologues on neither side of this debate.

It’s much easier to blame “bad culture”, “the inability to commit”, and “low levels of morality” on why some people have problematic home lives than it is to appreciate that homes and families are harder to sustain when one is living in survival mode due to lack of education and money.? It’s also easier to let people totally off the hook for the family decisions they make, and simply blame it all on their being “economic and educational victims”.? Easier, but not effective.

In truth, the challenge of both wrecked families and low levels of educational or economic achievement need to be addressed at the levels of BOTH of the claims above.? There is more we can do to help address the growing problem of economic ossification – the fact that Americans are increasingly less likely to move up in either category, and we must do that.? That’s not a liberal concern, it’s an American concern and a human concern – one which knows that ossification leads to hopelessness, and hope is the lifeblood of American culture and American success.

It’s also true that the culture of excuse-making which often creeps in to almost all conversations about teen-pregnancy, absent parents, rising divorce rates, etc. has to be changed. ?It’s not heartless to expect that communities address these issues not only as a function of what happened to them, but also as a function of what they do and what they fail to do.? Personal responsibility is not a dirty word, and the need for it does not disappear even when people are poor.

My suggestion? If your primary concern is the demise of “the family”, make sure to devote some energy to increasing economic and educational opportunity for those about whom you are most concerned.? It’s an investment I doubt you will regret.

If your primary concerns are the economic and educational structures which “hold people back”, make sure to devote some energy to increasing that which you expect from even those who do not always get an equal chance at success.? People tend to rise to the occasion if they are really expected to, and at the very least, they deserve the level of respect which comes with assuming that they can do so.