Planning, Improvising and Grieving: Our Week in Wisdom 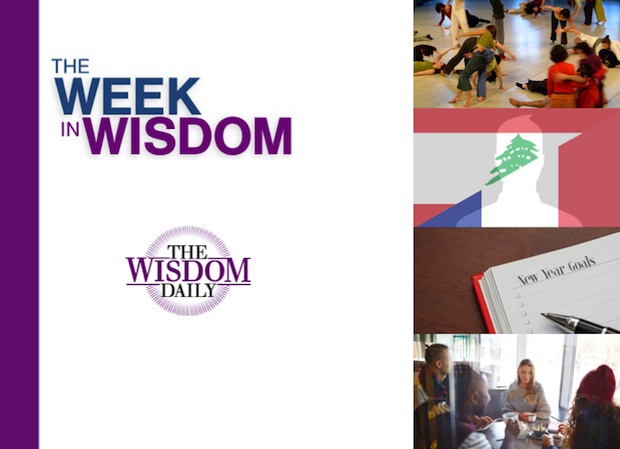 On The Wisdom Daily this week (Nov. 16-20), we?took a closer look at the Starbucks cup controversy, the American public’s selective grief after shocking violence in Paris, the choice to make New Year’s resolutions early, how dance can teach us about relationships and more. Did you grow wiser this week? We hope The Wisdom Daily played a part.

To paraphrase a famous statement, nonsense is nonsense, but the reaction to nonsense is worth looking at. What was at the bottom of the Starbucks cup controversy for me is not what it said about Christians and Christianity, but what it means for those… READ MORE

Every week on The Wisdom Daily, we bring you our favorite reads from sources around the web. Topics on this week’s list include extending solidarity and compassion beyond the victims of terrorism in France, the art of collaboration, rivalry fueling motivation… READ MORE

The day before the people of Paris suffered their deadliest assault since World War II, ISIS detonated two bombs in southern Beirut, killing 43 people and wounding hundreds. Some on social media have combined the blue, white and red of the French flag… READ MORE

The time-honored American tradition of Thanksgiving is upon us and with the parades, football and turkey (or maybe Tofurkey), a much anticipated holiday season begins… READ MORE

From Odyssey Networks’ Faith on the Record series: After the shocking crimes of terrorism committed last week in Paris, a leading U.S. presidential candidate recently suggested the reprehensible idea that all Muslims… READ MORE

I counsel individuals of all ages as they struggle in their relationships with friends, partners, and family members. It goes with the territory when one is a rabbi. The people I counsel often have become attached to avoiding conflict, so when conflicts arise… READ MORE