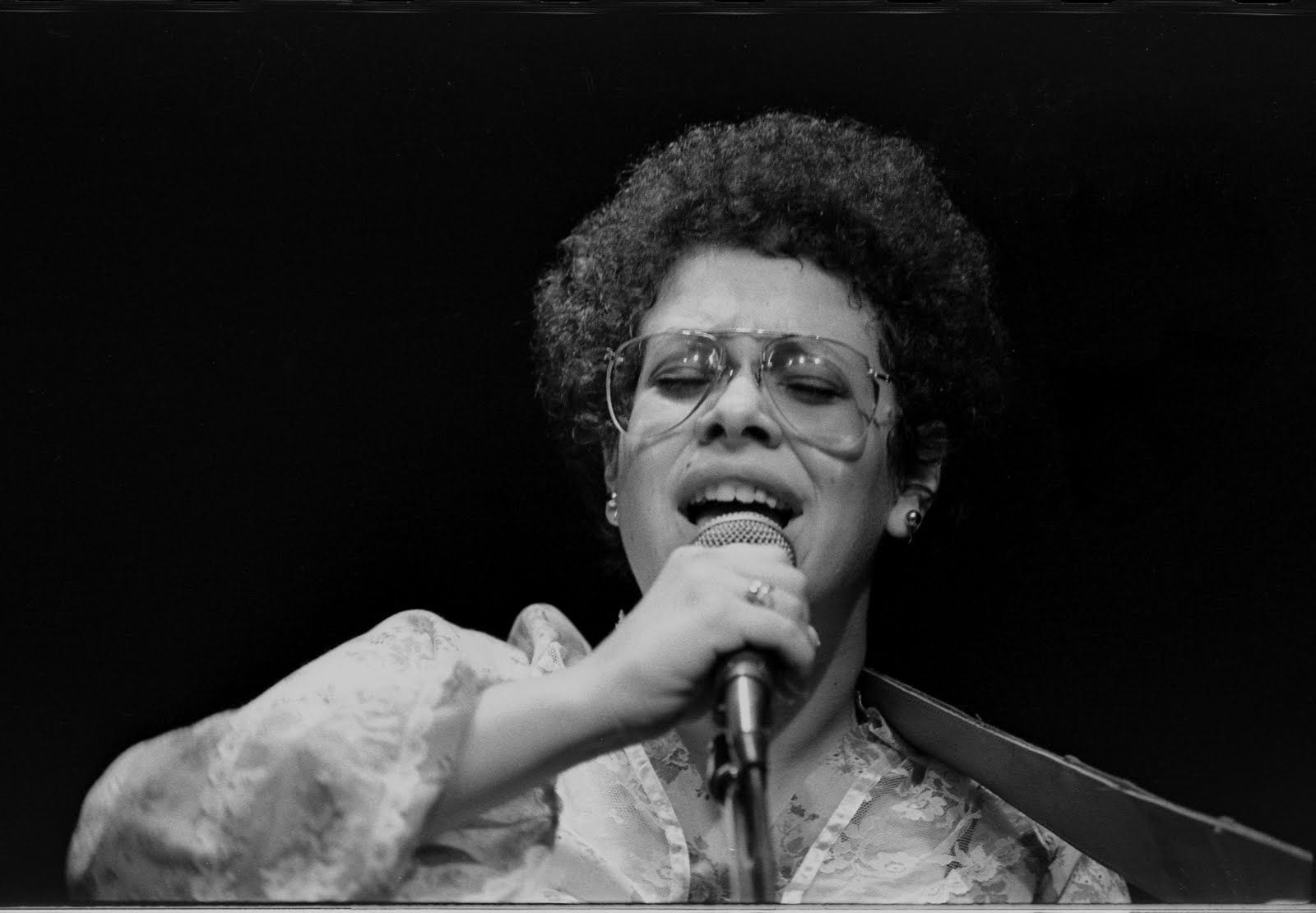 This essay is the first of a new series called High Note by Matthew Gindin chronicling inspiring ethical, spiritual and political lessons from the lives of contemporary musicians. A new one will appear in the Wisdom Daily every week or two for the next couple of months.

Phoebe Snow (1950-2011) released her first album in 1974, featuring throaty, lilting, playful, ironic, and impossibly soaring four-octave vocals over her own skillfully finger-picked guitar. It was a perfect and unique blend of the surging 70’s folksy singer-songwriter style, classic rhythm and blues, and jazz singing in the tradition of Ella Fitzgerald or Billie Holiday. The public would repeatedly mistake her Jewfro for a sign of African heritage, but Snow, born Phoebe Laub, was white and Jewish, recently having escaped an awkward adolescence growing up in a working class family in New Jersey.

Snow’s first album was made by its hit single, “Poetry Man,” a gorgeous, dream like, and bittersweet portrait of a woman in love with a married man. Snow was acclaimed for her vocal talent and skill and was an excellent acoustic guitar player, but she was no less impressive as a songwriter and lyricist. I grew up hearing my mom play tracks from her first three albums, “Let The Good Times Roll,” “Love Makes A Woman,”and “Shaky Ground,” but the haunting, Snow-written “Harpo’s Blues” stayed with me more than the others:

I’d like to be a willow, a lover, a mountain or a soft refrain
But I’d hate to be a grown-up
And have to try to bear my life in pain

Snow had written the song for a friend who, like her, didn’t fit in so well with the adult world, and was prone to doing Harpo Marx imitations at the drop of a hat. Snow herself was larger than life, eccentric and self-disparaging. She once referred to herself as a “zhlub” (Yiddish for clumsy, boorish person) and said her chief teenage fantasy was an over-sized bowl of spaghetti. She was “fascinating and frustrating and wise and wacky, and above all, hilariously funny” as her long time friend Peter North described her.

Snow’s album went on to sell a million copies in the US and landed her a Grammy nomination for best artist and the cover of Rolling Stone. She became a favorite to perform on Saturday Night Live and sang duets there with Paul Simon and Linda Ronstadt. During the 1975 performance, she was seven months pregnant with her daughter Valerie, the only child of her short-lived marriage to musician Phil Kearns, a child whose birth would remake her life and largely ground her musical career.

Snow’s daughter, Valerie, was born brain damaged from hydrocephalus, and doctors predicted she might not walk or talk, and would probably only live a few years. Snow was urged to institutionalize her; she refused. Instead she would spend the next thirty-one years of her life caring for her daughter herself, being what North called “the mother of all Jewish mothers.”

Her need to devote most of her time to Valerie, together with a series of fights with rapacious record company executives, would put molasses in the gears of her career. Snow disappeared from the limelight, and though she would continue to be known to connoisseurs and to put out occasional albums, she found touring difficult and many in the 80’s and 90’s would be left wondering what ever happened to her.

Snow herself, however, had no regrets. “I don’t think I would have been able to learn half the things I do today, and live my life as well as I do, without what I’ve learned from brain-injured and retarded people,” Snow said in 1980, using the language of the time. North wrote in a 2011 obituary that Snow referred to her relationship with Valerie as her “exquisite and divine love.”

Life is what happens when you’re busy making other plans, John Lennon famously sung, perhaps not coincidentally in a song about one of his own children. Snow’s choice to care for Valerie herself would shape the rest of her life. The decision to put children like Valerie into institutional care was still common in the 70’s in the US, as it still is around the world today. Eight million children are estimated to live in orphanages worldwide, among which disabled children are over-represented, according to a 2016 report in the Guardian. Abuse is a real problem, and such institutionalized children are, horrifically, 500 times more likely to kill themselves than average.

It is extremely unlikely that Snow’s daughter would have developed and thrived the way she did (she did learn to talk and walk and she even attended school) had she been placed in such a locale during her childhood. Snow’s care for Valerie is far from commonplace or unremarkable, as with other parents who dedicated their lives to raising differently-abled children. Snow decided to let go of stardom as a singer, a childhood fantasy she once marked beside “being reborn as a saxophone,” in order to pour her life and love into Valerie. This was a heroism she chose deliberately every day for 31 years, and one she embraced, according to her friends, without complaint.

“Back when I was famous…,” Snow would reportedly begin some stories. There’s no question Snow would have won more accolades for producing albums then she did for being there for Valerie. Yet, in seeing beyond her own love for music she found a more “exquisite and divine love.”

This is possibly a surprising note to begin a series about famous musicians on, but Snow’s life points to the private decisions and unseen heroics that take place outside the pop spotlight, outside the arithmetic of our culture’s obsession with public and quantifiable success, and the joys that can only be found in the unquantifiable and unsung.