Nuts to All That? Digesting the New Allergy Research 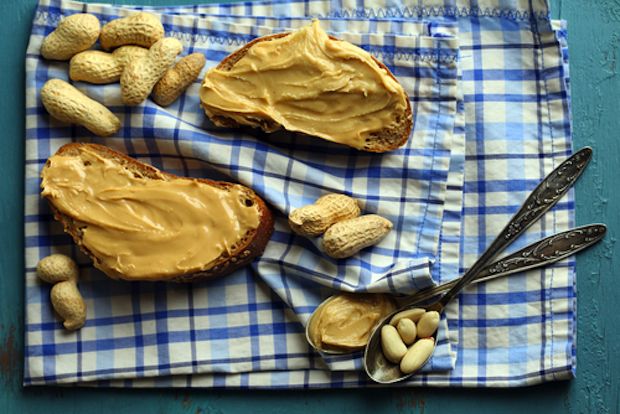 Peanut allergies. Unless you live under a rock, you’ve heard about this. Causing everything from discomfort to death, peanut allergy was barely heard of 20 years ago, yet in America the number of kids who live with this deadly danger has more than quadrupled in the last eight years alone. What is going on here?

Well, it turns out that it may be a very big deal, but not in the ways we’re often led to expect: Is it possible the peanut allergy phenomenon might have more to do with parents, and the parenting advice they’re following, than the babies themselves? The new research indicates that if new moms and dads switched from the current common practices of avoiding peanuts and foods with traces of peanuts (even items prepared in places where peanuts are stored), to feeding their infants small amounts of peanut products from a young age, it’s possible we could all but rid the population of this allergy.

I believe that desire to protect our kids is a really important part of great parenting. It’s just that, like most good things, there really can be too much of it.

In other words, if we switched from the conventional wisdom – vigilantly protecting kids from peanuts because of the fear of what might happen – to carefully exposing kids to what’s already part of the word, there’s now evidence to believe that children could be healthier and more robust.

Don’t get me wrong, the allergy is real. In checking with two doctors who I turn to with such questions, a pediatric immunologist and a neonatologist (the former being my older brother), I learned that despite many attempts by researchers, there’s no good explanation for the rising rates of allergy to this one food. According to both, however, there’s plenty of reason to believe that as real as the allergy is for some kids, there’s some serious over-reporting of it by well-intentioned parents. The experts I discussed this with also see the new research as very promising – potentially, a way to help those kids who have a propensity to develop peanut allergy.

The new report also made me think that perhaps in some cases, a modified approach to parenting could be wiser all around. How many of us worry too much about how to protect our kids from most everything, instead of focusing on how to prepare them to deal with most anything?

Believe me, I get the protectionist impulse. Not only am I a parent, my kids are the only people about whom I really worry. Whatever anxieties I feel in life, almost all are parked in the area of my kids, their futures, etc. But the fact that I can identify with the desire to protect my children from potential danger, or even discomfort, doesn’t mean that it’s always the healthiest impulse or best parenting choice.

In fact, I wrestle with that impulse often. And I believe that desire to protect our kids is a really important part of great parenting. It’s just that, like most good things, there really can be too much of it. To me, the new study about peanut allergy reminds us of that.

There’s no bright line delineating the boundary between healthy and unhealthy protection – it will be different for every kid. It probably would be good, however, to consider this first as parents: How might we prepare our child to best deal with what life is likely to throw at her or him? (Instead of reflexively trying to protect both them and ourselves from even asking that question, by insulating them from any uncertainty.)

Sometimes a little exposure can go a long way toward healthier, happier lives for both parents and children – and I’m not only talking about peanuts.