Nothing But A Burning Light: Bruce Cockburn, The Artist As Activist 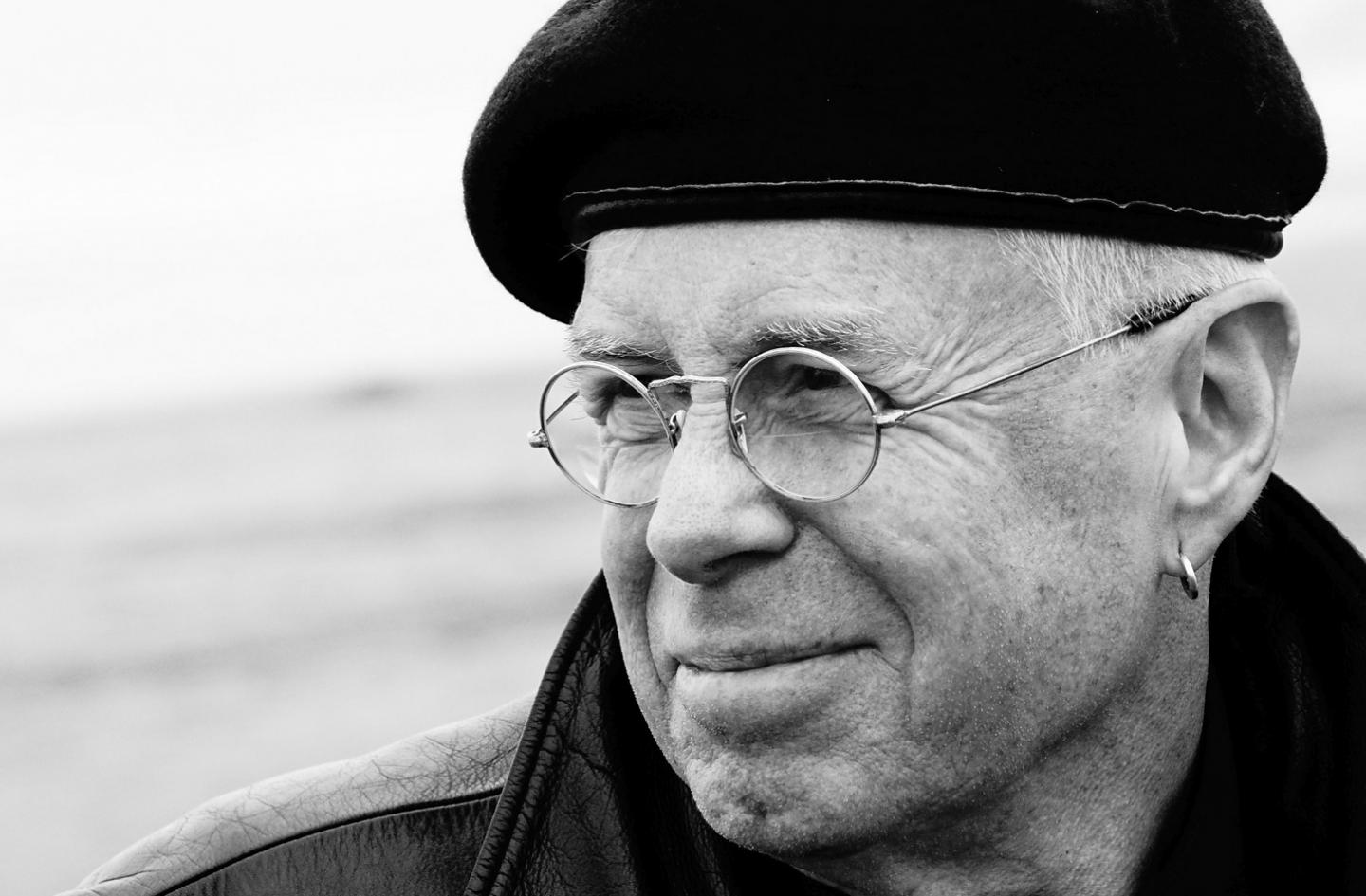 It’ll all go back to normal if we put our nation first:
But the trouble with normal is- it always gets worse.

So sang Bruce Cockburn in 1983, in one of the many prescient moments in his career as a musician-activist whose ability to see through BS is only matched by his exquisite fingerpicking style and melodic command.

Cockburn was born in Ottawa, Canada in 1949. In 1970, he made his debut with his first self-titled, delicately constructed, earthy acoustic folk album. His virtuosic guitar playing, gentle voice and cerebral, poetic lyrics quickly gained him a cult following, though it wasn’t until his 1979’s album, Dancing In The Dragon’s Jaws, that his developing brand of songs that swiveled between an astute introspective gaze and a fiery, unflinching outward confrontation with injustice, broke through into the mainstream. Cockburn has never been one to rule the pop charts, but his Wondering Where The Lions Are landed #19 on Billboard and an appearance on Saturday Night Live, striking a nerve with its radiant and ambiguous lyrical teases:

Sun’s up, uh huh, looks okay, the world survives into another day
And I’m thinking about eternity, some kind of ecstasy got a hold on me…

As Cockburn expanded his musical repertoire to include reggae, new wave, jazz and rock sounds, and began including more explicit political lyrics, he began to take on a larger presence in Canada, as well as internationally.

As time went on, the genteel Canadian balladeer wrote words that burned with greater fire. His 1984 album, Stealing Fire, broke new ground lyrically and musically, and scored him his greatest hit of that decade, Lovers In A Dangerous Time, which delivered the perfect proverb for the politically hopeless 80’s (and would make a good tattoo in 2018):

Nothing worth having comes without some kind of fight-
you’ve got to kick at the darkness til it bleeds daylight.

The album also harbored Cockburn’s most unsettling and controversial song, If I Had A Rocket Launcher (which would later be covered by U2), in which, after recounting the horrors he saw the army inflict on refugees in Guatemala, he intones, “If I had a rocket launcher, I’d make somebody pay.”

Cockburn, who recently compared ISIS to a “deep pathology” which needs to be “exterminated”, meant what he said. As troubling as the song may be for those of us who are pacifists or are skeptical of military interventions, Cockburn has stated that he thinks that those who mow down the innocent, as the Guatemalan military who inspired the song did, have “forfeited their humanity.”

He later said, “This is a statement of pure rage. The punk movement was full of stuff like that, but it degenerated into a fashion statement after a fairly short time. Rocket Launcher is exactly what I saw there and exactly the way I felt. You’re listening to these unbelievable stories of atrocities that these people have survived and witnessed and hearing the helicopters in the background. It was like a B-movie from the forties. I was drinking a whole bunch of Scotch and I was crying, writing that song. It all came out in a lump.”

Another recurrent theme in Cockburn’s songwriting is his concern for ecological issues, where he was far ahead of the mainstream decades ago. In 1988, he released the song If A Tree Falls:

Take out wildlife at a rate of species every single day-
Take out people who’ve lived with this for 100,000 years –
Inject a billion burgers worth of beef
Grain eaters, methane dispensers….

A busy monster eats dark holes in the spirit world
Where wild things have to go to disappear- forever.

If a tree falls in the forest, does anybody hear?

Cockburn is not a mere wordsmith- he’s an activist of the hands-on variety. In the 90’s he made a bold statement by smuggling de-activated landmines into the Canadian parliament and helping to inspire the Ottawa Treaty banning anti-personnel landmines. He has visited half a dozen war-torn countries as an observer, stood with indigenous peoples against corporate greed, and played endless charity concerts and activism gigs.

In conversation with Mark D. Dunn, Cockburn addressed the political qualities of his songs: “I think there’s a responsibility when you open your mouth in public, no matter how big or small your public is, to present something as truthful as you can make it. There’s a moral imperative that goes with inviting people to listen to you.”

Cockburn, who has no illusions about the challenges we face (“I think we’re all f-cked”, he remarked in a 2011 documentary), still hasn’t given up the fight. He is a signatory to the Canadian “LEAP Manifesto” a program backed by a wide swath of Canadian activists, artists and intellectuals including Leonard Cohen, Neil Young, Alanis Morissette, Naomi Klein, and William Gibson, which outlines a path to reconciliation with Indigenous peoples in Canada, social justice, and ecological responsibility, and which, he says is “an alternative to all the crap, basically.” (“Small steps will no longer get us to where we need to go,” says the manifesto, “So we need to leap.”)

On his 2017 album, Bone on Bone, Cockburn, now 73 years old, a member of the Order of Canada, and 13 time winner of the Juno (the Canadian music award) continued his relentless calling- out of our human madness:

false river, dark flow, how far do we have to go?
torrent tumbles to the sea, this ain’t the way it’s supposed to be

life blood of the land, consort of our earth
pulse to the pull of moonrise, can you tally what it’s worth?
we can spend it till we end it while the heat climbs up the graph
till we’re panting like a salmon with its gill hooked on a gaff
and the dark blood keeps flowing like a hemorrhage from the womb
that birthed us, gave us substance-
on our own heads be our doom.

Cockburn has always had an unflinching gaze and an unyielding heart. He is an unparalleled spirit guide in the dark valleys of the present, where all of us hoping for a better world for all living things find ourselves to be lovers in a dangerous time.