Netanyahu, Congress and the Importance of Fierce Debate 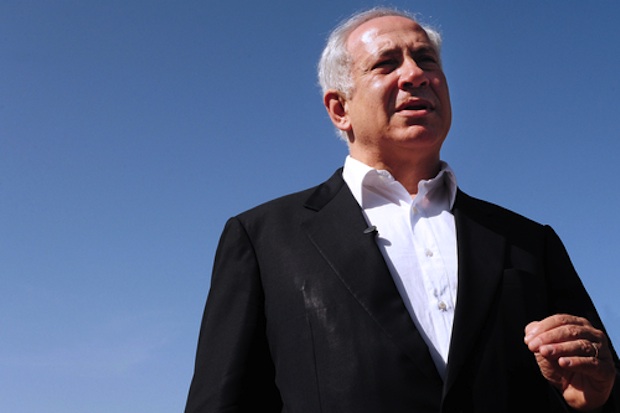 Despite all the controversy surrounding House Speaker John Boehner’s invitation to Prime Minister Benjamin Netanyahu to address Congress about the dangers of Iran, I think the Prime Minister should indeed come and make his case. It does appear that the Obama administration was not informed in advance about the speech. On Fox News, Boehner said he asked the Israeli Ambassador to Washington, Ron Dermer, not to inform the White House about Netanyahu’s visit to Congress, in order to avoid “interference.”

But the breach in protocol and the specter of personal insults ought not keep Netanyahu from speaking. A Netanyahu speech is necessary to finally compel a much-needed, genuine and fierce debate in this country – and in the Jewish community – about a number of critical issues.

Only in vigorous, even painful debate between people with shared fates (but different world-views) do we arrive at the best possible positions.

The first issue is the nature of the Iranian nuclear threat. Is it existential, and to whom? What are Americans willing to sacrifice to keep Iran from having nuclear weapons? Are we prepared to go to war with Iran? Is a containment policy, as we had with the former Soviet Union for decades, realistic? Negotiations with Iran have been remarkably secretive, and Americans of all political persuasions have plenty of reason to be concerned that we haven’t been prepared for the consequences (whether the deal goes through or not).

A second issue is the relationship between American and Israeli interests. It isn’t good for either country to make believe that its interests are identical, or that there’s “no daylight” between them. Real allies and true friends are honest with each other, especially when they disagree. Suppressing substantive disagreements for political reasons or even “strategic” reasons potentially creates resentments and serious conflicts down the road. It’s no secret that there’s animosity between Obama and Netanyahu, and that they radically disagree on Iran and on many other policies – including settlements, peace negotiations with the Palestinians and appropriate exercise of force.

Netanyahu wants Iran’s capacity to build nuclear weapons completely eliminated. He sees Israel as a small country in a radically destabilized and dangerous Middle East, which needs to take Iran’s threats to destroy it with the utmost seriousness.

American policy seems to be to allow the Iranians to retain a large proportion of their centrifuges and facilities. It’s an agreement that would require Iran to submit to ongoing inspections to insure a breakout period that Iran would need to actually build a bomb (a lag time of more than a year). Sanctions would be incrementally lifted, bringing Iran and its present regime back into the family of nations.

President Obama and Prime Minister Netanyahu legitimately have different world-views that flow from very different contexts, biographies and interests. If Netanyahu thinks this agreement is existentially dangerous to the State of Israel, then he’s justified to do “anything” he can (be it annoy the President, Democrats or American Jews) to oppose the agreement before it’s finalized.

Last is the issue of power arrangements and healthy debate within the American Jewish community, regarding the State of Israel. For many – be they hundreds of rabbis, campus Hillels across the country or U.S. politicians for that matter – Israel has sadly become a third rail. Political correctness, partisanship, and abusive exercise of power have stifled debate. Netanyahu’s speech – because it will deal with what many (including Democrats) agree is an existential issue, and at the same time is causing real disagreement between American Jews, between Americans, and among mainstream political leadership – has the potential to destabilize the existing, taken-for-granted power structures in American Jewish life and usher in healthy and unprecedented debate.

Who does speak for American Jewry – 70% of whom are not affiliated with any Jewish institutions? Does the Prime Minister of the State of Israel speak for all Jewish people? What are our interests, as Americans and American Jews, in the Middle East in general and in Israel in particular? Should Jews (70% of whom vote Democratic) be so committed to the Democratic Party? What’s the appropriate relationship between Jewish leadership that tends to be conservative on Israel, and the majority of Jews who tend to be more liberal?

I haven’t always agreed with Netanyahu, but I respect his fearlessness in shocking the American and American Jewish political system and catalyzing an important, potentially life-or-death, conversation. Opening up debate is always risky, for you never know how things will unfold, which is probably why so many mainstream Jewish leaders – on both the right and the left – have called on Netanyahu to cancel. But this is too important a moment not to trust in this: Only in vigorous, even painful debate between people with shared fates (but different world-views) do we arrive at the best possible positions enabling us to deal with the inevitable unintended consequences of our fraught decisions.