How Listening To Music Taught Me To Compose My Own Life 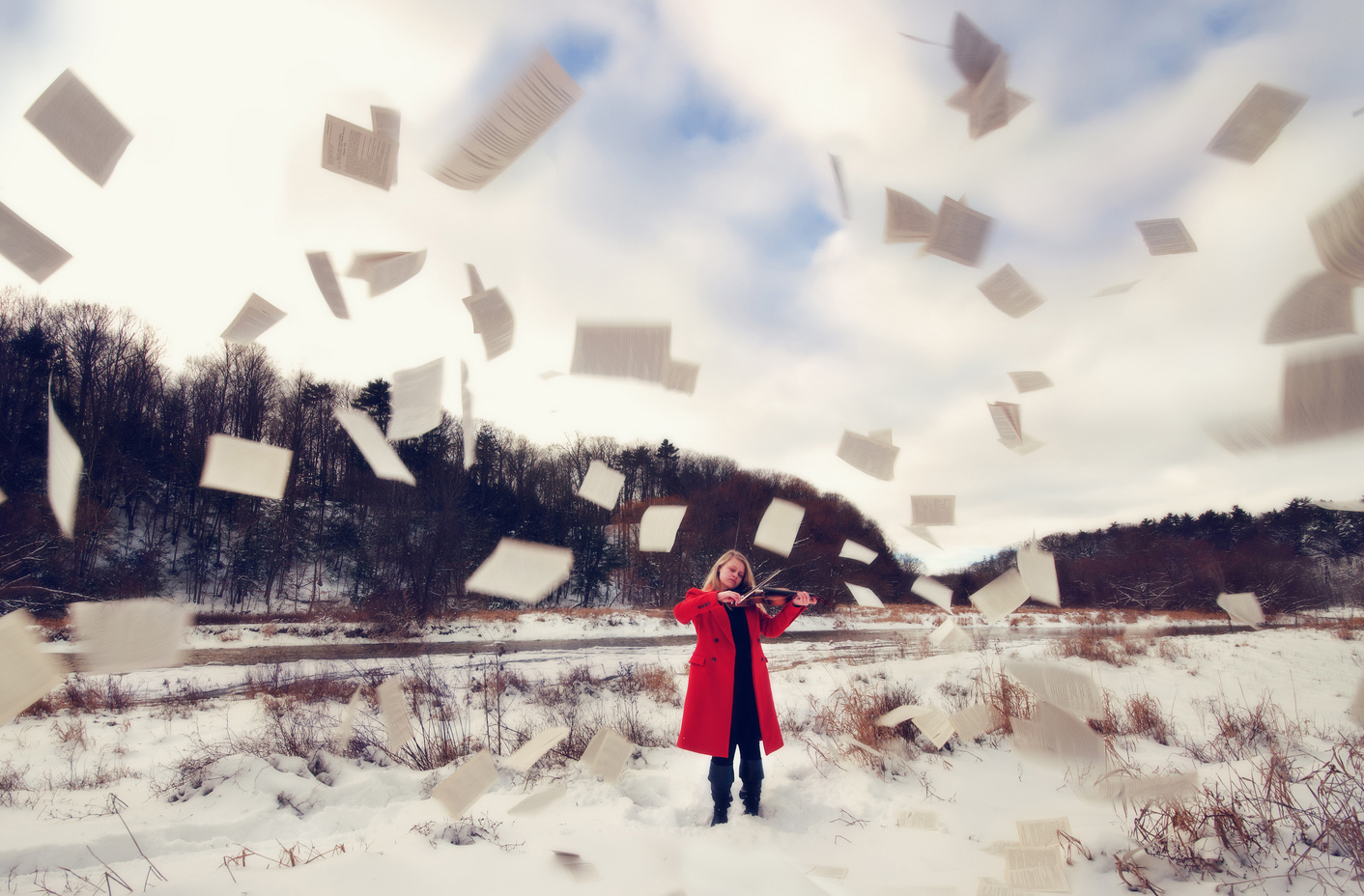 As I sat watching a magnificent string quartet perform, I lost a whole movement in the rumblings of my wandering attention. The measures and notes slipped by me and I began to worry I might walk away from the concert carrying only the concept of this event, but devoid of any substantive encounter with the music, itself. At the root of my concern was the creeping sense that I too frequently live my life as a concept of how a life should be lived, without sinking into my raw, messy moments of becoming.

I wanted to show up before it was too late, before the last movement was over.

For most of my life, music has been something that I put on in the background to keep me company, set the mood, or wake up in the morning – but it’s never been an event in and of itself. Sitting there, I noticed how much my attention wanted to divide, so part of it could hear the music, and the other part could do something else, like contemplate the sushi dinner we just had or think about how “grown up” I felt going out on a weekday to listen to a string quartet.

Sitting close to the musicians did not bring me any closer to the actual experience of the music. Though I was so close to the stage that I could see sweat trickling down the sides of the musician’s faces, and the broken, dangling hairs on their bows – I was amazed I could, at the same time, feel so far away. Schubert’s amazing composition, and the musicians’ outstanding performances could not guarantee a beautiful experience.

I came to see my experience was, ultimately, composed of my attention: As awareness touched the music, my attention touched something concrete and emergent. As awareness divided, the composition and my experience both seemed to simultaneously break down. With this insight, I resolved to let the performance, itself, teach me how to listen.

In that moment, I was filled with the energy pouring off the stage conveyed through the vibrations of strings and the musicians’ movements as they conversed – without words. Speaking with only their bodies and the notes on the page, they let us listen to a private conversation they were having with one another and with the musicians who had composed these masterpieces so long ago. They let their lives speak through their music, and we got to listen.

As I tried this new way of receiving my experience, I dropped below my ideas about the music, about the faces or movements of the musicians, and entered the composition, itself. When I softened into the energy of this experience, something remarkable happened: My attention, no longer divided, rose on waves of music. As my attention unified, my experience – of myself, and of the music – was rendered whole.

I understood what Mary Catherine Bateson, an anthropologist and author, meant when she wrote, “I like to think of [people] as artists of their own lives, working with what comes to hand through accident or talent, to compose and recompose a pattern in time that expresses who they are and what they believe in, making meaning even as they are studying and working and raising children, creating and recreating themselves.”

No matter how zestfully the musicians played or how close they were, I hadn’t heard the music until I let myself simply rest in and be carried by the whole energy of that experience of movement and sound. In that moment I composed my life.

Looking back, I now grasp that in the act of listening to music I was invited to learn about my life. I felt my own process of becoming in the continuum of space and time as sound expanded and shrunk the room, measure by measure. I felt exhilaration when the lead musician used a sprinkling of rests to pluck one, then a two, then three broken hairs from his bow, marveled at how he was able to care for himself in the service of the audience’s experience – finally understood how we constantly move between these domains of self-care and service, yet how they remain essentially the same in the composition of beauty, in the composition of a life.