Maybe We Are All Racists 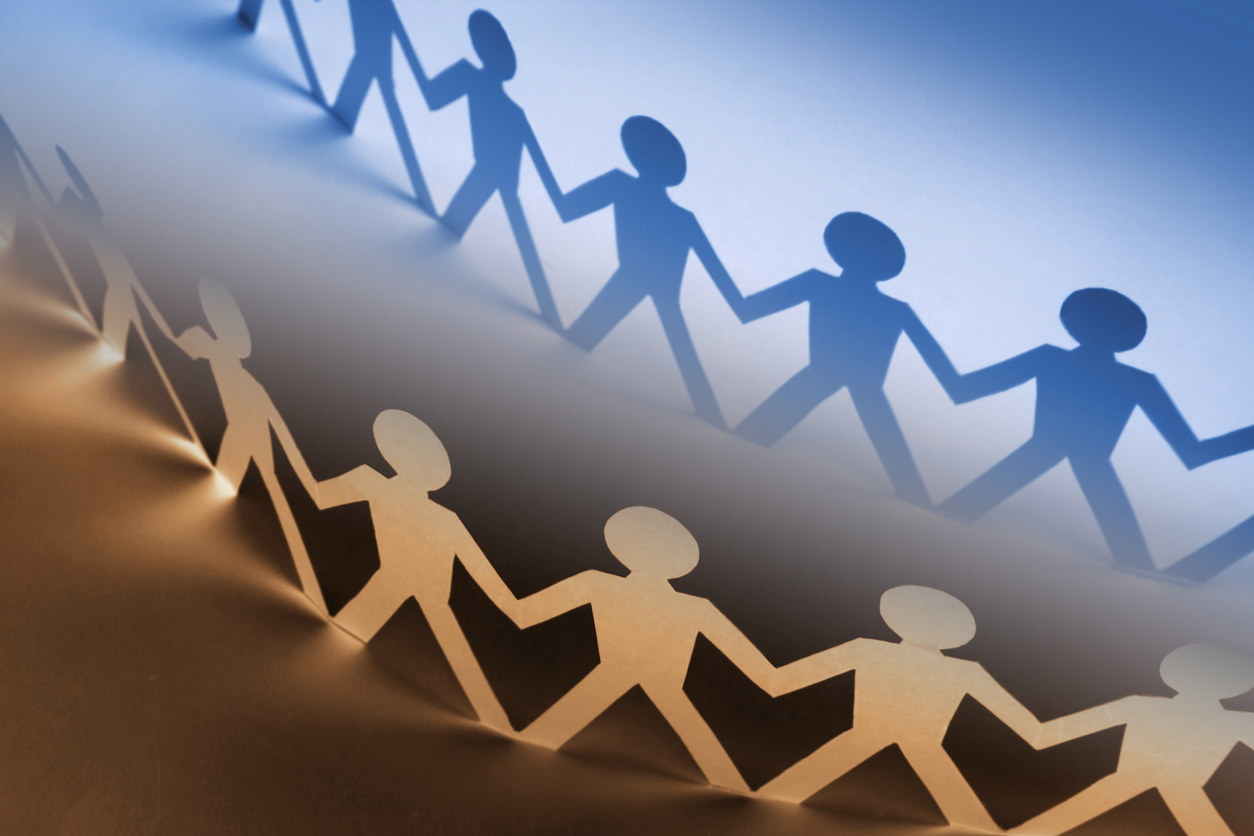 I recall some years ago, when I happened to be in the traffic court of a beautiful Long Island hamlet (we will leave unsaid why I was there) and I remember looking around and noticing something very distinct.  The vast majority of those joining me on that day were not White, but Black and Latino.  And on that day, and in that moment, I said nothing about this glaring disparity and galling incongruity.  In fact, I said to myself, “I guess they are really bad drivers.”  This memory has been running through my mind as I begin to take in the protests precipitated by the killing of George Floyd z”l.

Black men and boys are two and a half times more likely to die during a police encounter than their white counterparts. Individuals from minority communities are also far more likely to be stopped by police.  In addition, those stops are more apt to result in frisks, searches, and arrests.  Ninety percent of those in New York City’s local jails are people of color.

This is not so much an indictment of the police.  It is instead an indictment of every one of us.  Police, and policing, are a reflection of the communities they serve.  Ask yourself these questions.  Are there a significant number of students of color in the schools to which you send your children?   And if there are, do students sit together or do they separate themselves along racial lines?  Challenge yourself with this query:  If half the homes on the beautiful block on which you live were sold to African American families, would you be comfortable remaining there?

We may not wish to admit that the answers to such questions might be, “Maybe we should move.”  Or, “Friends are naturally made from those who look the same as us.” We do not like to acknowledge these terrible facts or give voice to these sentiments.  We like to pretend that the problem is only the rogue police officer who uses deadly force to subdue a suspect or who arrests a man, or a woman, because of the color of their skin.  The problem runs far deeper.  It represents a deep cultural wound. America is festering.  I despair.

We are still fighting the civil war.  We may have kept the nation united, but we, the people remained forever divided.  My admiration for Bryan Stevenson and the work of his Equal Justice Initiative grows with each passing day.   I remain shaken by my recent visit to The Legacy Museum: From Enslavement to Mass Incarceration and The National Memorial for Peace and Justice. It is impossible to walk through the museum’s exhibits or across the memorial’s lawn and not be moved.  I kept muttering to myself, “How did I remain blind to my fellow American’s pain for so long?”

Their America is not my America.  It is not the land of opportunity and promise that I know.

Don’t misunderstand me.   I am not raising my voice in support of rioting and looting.  Burning businesses and looting stores never fixes anything.  I continue to believe that you cannot do repair if you burn everything to the ground.   But these protests, and even the riots, got me thinking.  And I am struggling to understand the anger and rage of my fellow Americans.  Blacks and Latinos are suffering disproportionally more from the COVID-19 health crisis.  These loud voices forced me to look inward.  I don’t always like what I see.

I am attempting to acknowledge where I may deserve some blame.  I believe in the law.  I have faith that our laws, although imperfect and often meriting reform and even more frequently deserving of reinterpretation to adapt to changing circumstances, are our best attempt to organize a just society.  I am beginning to doubt, however, the order part of that equation “law and order.”  Does my ordered life help to sustain a disordered home for others?  Does my privilege come at another’s expense and pain?

Primo Levi’s poem has been resonating in my ears.  He wrote, in 1946, soon after surviving the horrors of Auschwitz:

You who live secure
In your warm houses
Who return at evening to find
Hot food and friendly faces:

Consider whether this is a man,
Who labors in the mud
Who knows no peace
Who fights for a crust of bread
Who dies at a yes or a no.

I never even considered having “the talk” with my son when he first started driving.  I never instructed him what to do if he was pulled over by a police officer.  And yet, this is part of every Black parent’s routine.  It is the stuff of their discussions from a very early age.  This part of what it means to raise a Black child in America.  Their worry and fear never even crossed my mind.

I recognize.  Some might now be formulating their responses and highlighting their words of distress.  “Primo Levi.  The Holocaust.  Heresy!”  These are the teachings, the words, and images, however, that flutter in my thoughts and pulsate through my veins.  The memory of the Holocaust cannot only be about sensitizing me to Jewish pain, but must also be about attuning me to the suffering of others.

I make no apology for my Jewish worldview.  I see the world through Jewish lenses.  They color my image of law.  They paint the world with the tropes of Jewish history.  If I ask others to acknowledge my pain, if I demand that others give voice to our harrowing losses, then I must be open to listening to their suffering.

I opened my holy Torah.  Last week it teaches: “When a man or woman commits any wrong toward a fellow, thus breaking faith with the Lord, and that person realizes his guilt, he shall confess the wrong that he has done. He shall make restitution… (Numbers 5). In Hebrew, the word for “confess” is written in the reflexive: hitvadu. This points to an important teaching.  It suggests that first and foremost, we must confess this wrong to ourselves.

Perhaps the most important step, and the first step, in attempting even a modicum of repair, is admitting the wrong to ourselves.  And this is often the most difficult admission to make.

I said nothing in traffic court.  I wished only to remain secure in my warm house.

Do I say more now?

I may not be able to fix the problem with one admission of guilt.  I am fully certain that nothing will change, or can ever even begin to change, if I first don’t try to change myself.