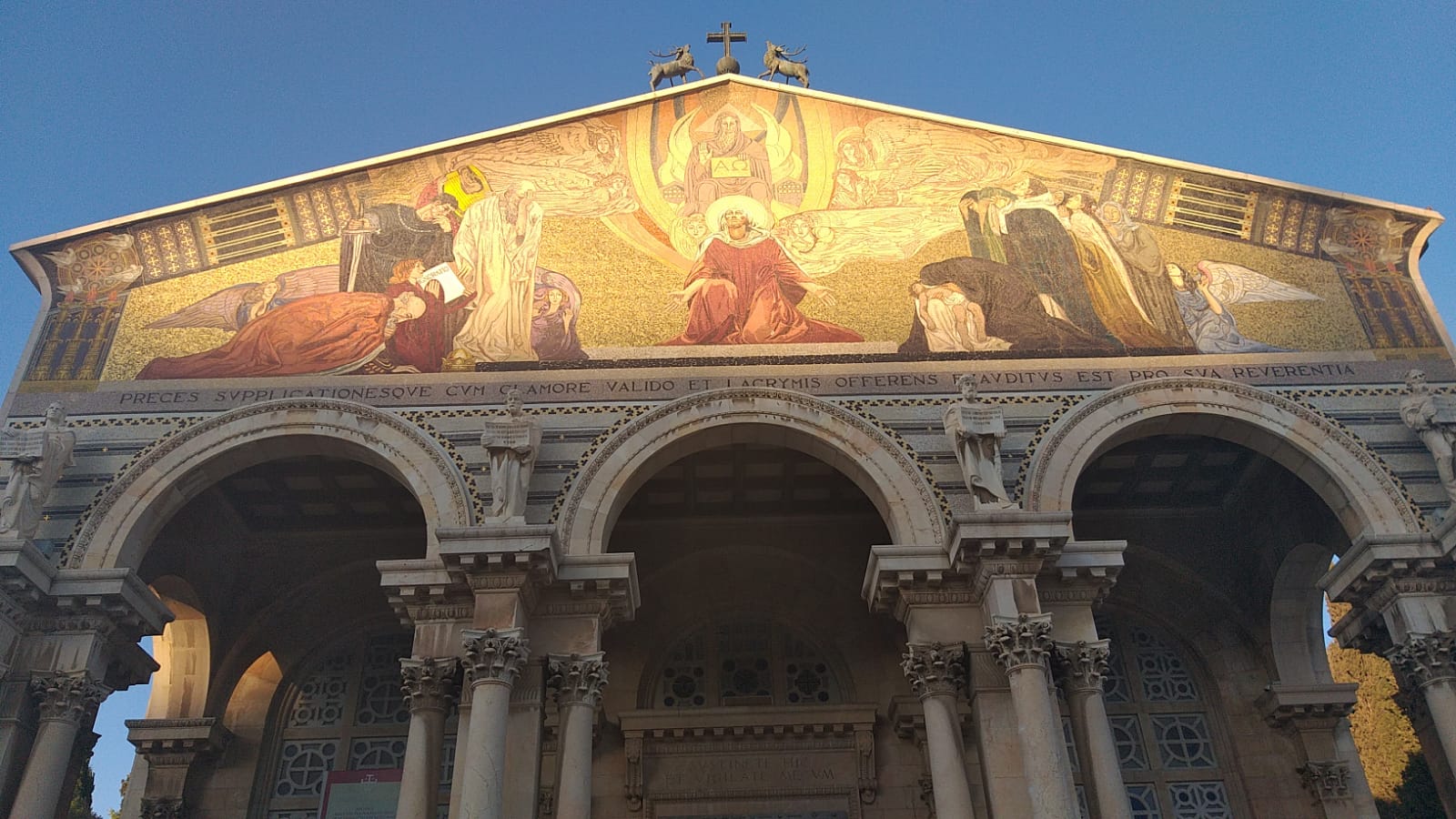 You are standing in Bethlehem’s Manger Square, the Church of the Nativity looms before you, and you feel like the kid in the Disneyland commercial who says, “I’ve been waiting my whole life to see you.”   You are a Christian leader standing in the Western Wall Plaza and discover that you now understand more fully how and why so many Jews attach so deeply to this one spot in particular and to Israel in general, even as you also discover that you, as a Christian, may still feel fully welcomed and at home in that same place.

That is the reported experience of so many of the Divinity Students and Ministers who just completed an eight-day Stand and See digital pilgrimage to Israel/The Holy Land. Despite the physical distance, they kept explaining that they were really there and that this was what they really needed, both personally and professionally, both spiritually and intellectually.  What did they mean?

These rising Christian leaders shared openly of their exhaustion after nearly a year-and-a-half of leading communities amid a global pandemic and political upheaval. They shed tears and praised God for the first experience in months or even years, that had centered them, widened their perspective, given them hope, and provided tools they need to serve and lead with greater passion and openness.

Even journeying online from home, they felt far from their day-to-day responsibilities and the recurrent stress of their callings, and yet they were readily able to connect their experiences to the biggest challenges and opportunities of this moment in American religious leadership.  They felt the warmth of fellowship that transcended denominations and ideologies.  They felt intellectually stretched even as they felt built up in their faith. With support, they opened wide their eyes to see the myriad links between the Christian stories that animated their lives, and the physical places where they took place.  They appreciated the realities of Israel as a real, beautiful, imperfect, potential-filled place.

All that happened precisely because a Stand and See pilgrimage embraces that even more than any one conclusion about the big issues of the day, we need spirit-led leaders who know and live the spirit of both real answers and eternal questions.  And at least as much, it happened because we create pilgrimages that are as much about the pilgrims as they are about the places they visit.

In addition to opening hearts and minds to the beautiful complexity of the Holy Land, serving the servants is at the center of what we do with the Stand and See Fellowship. We care for them so that they can serve others with fuller hearts and an awareness of complexity in a world filled with simplistic narratives.

In reconnecting with the holy stories that animated their faith, those on pilgrimage could reconnect with their own, as well. In hearing sacred words, they could reencounter the words, memories, and experiences that had defined their lives. They could finally hear themselves — and see the ways in which their lives brought life to their religious tradition itself.

The servant leaders departed on this digital journey depleted. They returned with faith in themselves and their higher purpose in life. They returned better prepared to lead with passion and compassion, and for a wider range of people than many originally appreciated.  They returned excited not only to “win” the many theological, political, and communal debates that are part of their work but also to listen and learn, not only to that with which they already agree.

We gave them the care that they needed, they trusted that our task was not to convince them, their hearts and minds opened, and they came to understand how life-giving the Holy Land can be for people of faith, even when they encounter it from afar.